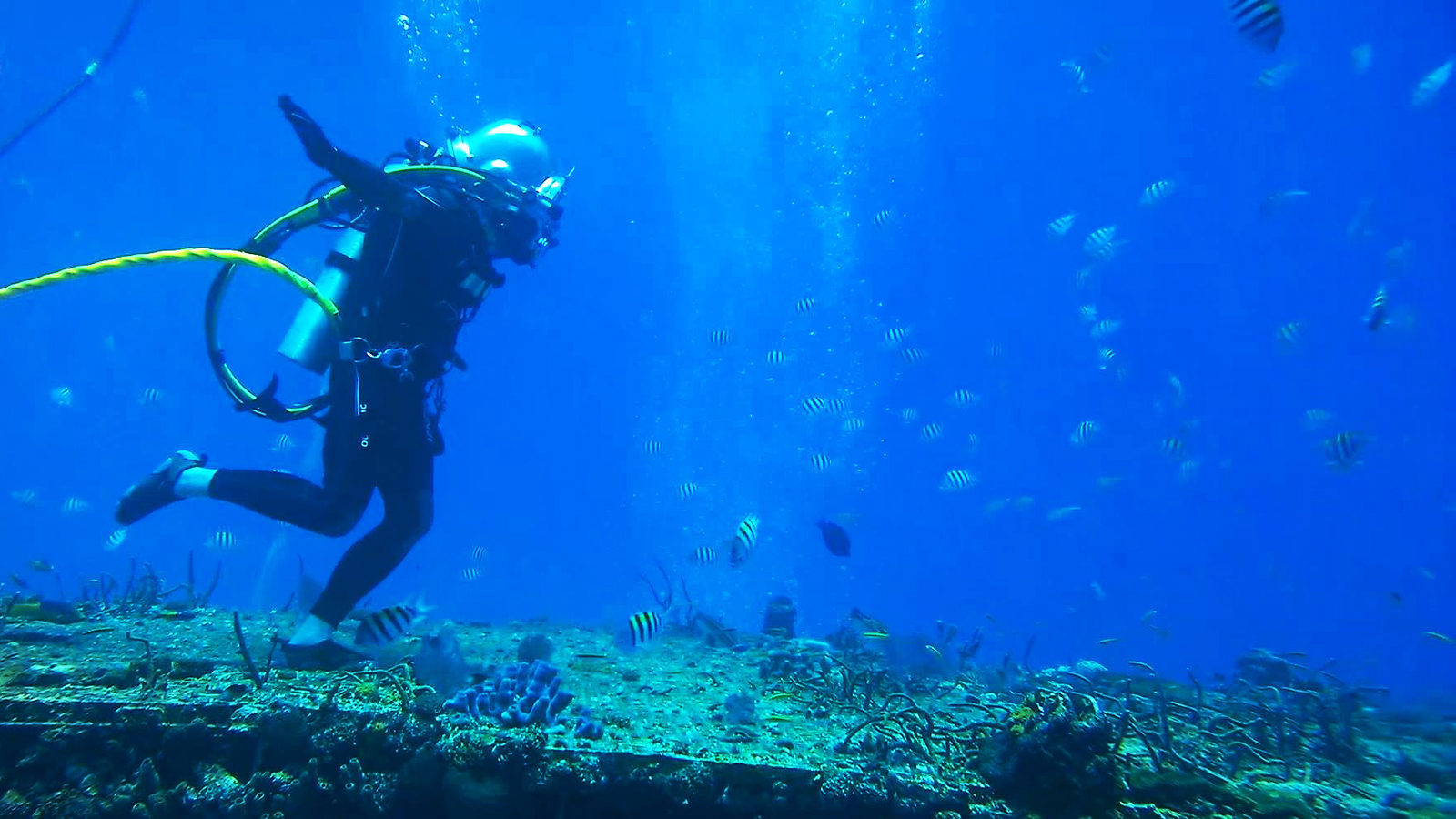 Each summer, the international research laboratory CERN, home to the Large Hadron Collider, welcomes dozens of students to work alongside seasoned scientists on cutting-edge particle physics research. Many of these students will pursue physics research in graduate school, but some find themselves applying the lessons they learned at CERN to new domains.

In 2011, MIT undergraduate Grace Young was one of these CERN summer students.

Like many young adults, Young didn’t know what career path she wanted to pursue. “I tried all the majors,” Young says. “Physics, engineering, architecture, math, computer science. Separately, I always loved both the ocean and building things; it wasn’t until I learned about ocean engineering that I knew I had found my calling.”

Today, Young is completing her PhD in ocean engineering at the University of Oxford and is chief scientist for the deep-sea submarine Pisces VI. She develops technology for ocean research and in 2014 lived underwater for 15 days. During a recent visit to CERN, Young spoke with Symmetry writer Sarah Charley about the journey that led her from fundamental physics back to her first love, the ocean.

As a junior in high school you competed in Intel’s International Science Fair and won a trip to CERN. What was your project?

A classmate and I worked in a quantum physics lab at University of Maryland. We designed and built several devices, called particle traps, that had potential applications for quantum computing. We soldered wires onto the mirror inside a flashlight to create a bowl-shaped electric field and then applied alternating current to repeatedly flip the field, which made tiny charged particles hover in mid-air.

We were really jumping into the deep end on quantum physics; it was kind of amazing that it worked! Winning a trip to CERN was a dream come true. It was a transformative experience that had a huge impact on my career path.

You then came back to CERN as a freshman at MIT. What is it about CERN and particle physics that made you want to return?

My peek inside CERN the previous year sparked an interest that drove me to apply for the Openlab internship [a technology development collaboration between CERN scientists and members of companies or research institutes].

Although I learned a lot from my assignment, my interest and affinity for CERN derives from the community of researchers from diverse backgrounds and disciplines from all over the world. It was CERN's high-powered global community of scientists congregated in one beautiful place to solve big problems that was a magnet for me.

You say you’ve always loved the ocean. What is it about the ocean that inspires you?

I’ve loved being by the water since I was born. I find it very humbling, standing on the shore and having the waves breaking at my feet.

This huge body of water differentiates our planet from other rocks in space, yet so little is known about it. The more time I spent on or in the water, either sailing or diving, the more I began taking a deeper interest in marine life and the essential role the ocean plays in sustaining life as we know it on Earth.

What does an ocean engineer actually do?

One big reason that we’ve only explored 5 percent of the ocean is because the deep sea is so forbidding for humans. We simply don't have the biology to see or communicate underwater, much less exist for more than a few minutes just below surface.

But all this is changing with better underwater imaging, sensors and robotic technologies. As an ocean engineer, I design and build things such as robotic submersibles, which can monitor the health of fisheries in marine sanctuaries, track endangered species and create 3-D maps of underwater ice shelves. These tools, combined with data collected during field research, enable me and my colleagues to explore the ocean and monitor the human impact on its fragile ecosystems.

What questions are you hoping to answer during your career as an ocean engineer and researcher?

How does the ocean support so much biodiversity? More than 70 percent of our planet is covered by water, producing more than half the oxygen we breathe, storing more carbon dioxide than all terrestrial plant life and feeding billions of humans. And yet 95 percent of our ocean remains unexplored and essentially unknown.

The problem we are facing today is that we are destroying so many of the ocean’s ecosystems before we even know they exist. We can learn a lot about how to stay alive and thrive by studying the oceanic habitats, leading to unforeseeable discoveries and scientific advancements.

What are some of your big goals with this work?

We face big existential ocean-related problems, and I'd like to help develop solutions for them. Overfishing, acidification, pollution and warming temperatures are destroying the ocean’s ecosystems and affecting humans by diminishing a vital food supply, shifting weather patterns and accelerating sea-level rise. Quite simply, if we don't know or understand the problems, we can't fix them.

Vision isn’t a good way to see the underwater world. The ocean is pitch black in most of its volume, and the creatures don’t rely on vision. They feel currents with their skin, use sound and can read the chemicals in the water to smell food. It would make sense for humans to use sensors that do that same thing.

Physicists faced this same challenge and found other ways to characterize subatomic particles and the celestial bodies without relying on vision. Ocean sciences are moving in this same direction.

What do you think ocean researchers and particle physicists can learn from each other?

Of course, the physical sciences are integral to everything related to ocean engineering, but it's really CERN's problem-solving methodology that's most inspiring and applicable. CERN was created to solve big problems by combining the best of human learning irrespective of nationality, ethnicity or discipline. Our Pisces VI deep sea submarine team is multidisciplinary, multinational and—just like CERN—it's focused on exploring the unknown that's essential to life as we know it.