Recently, on a gameshow on the UK’s BBC One, a contestant was stumped by an astronomy question. Luckily for them, hidden in the audience was the current Astronomer Royal of Scotland, a post recommended by an international panel and appointed by Queen Elizabeth II.

If the contestant could find the prestigious scientist, they could ask for help answering the question. It took several guesses, but they eventually found her: Professor Catherine Heymans.

“So that was fun,” Heymans says. “But it's a really good example right on primetime TV of the bias that we have of what an astronomer should look like.”

Statistically speaking, the contestant wasn’t off base to start out guessing a man: Heymans is the United Kingdom’s first woman Astronomer Royal. 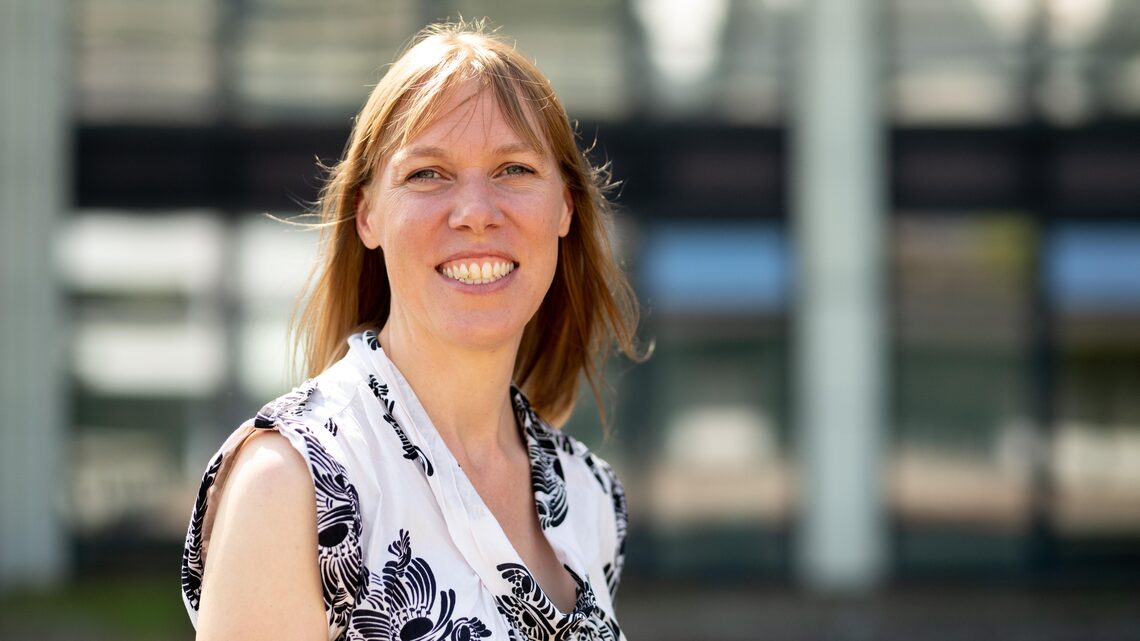 Over the years, the United Kingdom has appointed talented astronomers to serve as Astronomers Royal, first to oversee the observatories and later to act more as honorary ambassadors for astronomy.

Heymans says she hopes to make the most of her time as Astronomer Royal for Scotland. “There's a lot of power that can come with this sort of title,” she says. “And I really want to use that for public good.”

Heymans grew up near London, where light pollution made it hard to see the stars. She remembers traveling at 6 years old to Scotland, where she got her first glimpse of the vast loveliness of space. Today, the International Dark Sky Association has designated two Dark Sky parks and three Dark Sky communities in Scotland.

Upon returning home, she says, she forgot about the thrill of seeing the stars—they were gone. “I think that is something that we're missing with our kids, because the majority of the world's population are in these really densely populated areas where you just don't see the stars,” Heymans says.

In high school, Heymans had someone to remind her what she was missing. Her physics teacher had participated in a NASA teaching program and returned with both an enthusiasm for astronomy and excellent new teaching resources. Whenever the physics curriculum got too dry, Heymans says, the teacher would regale them with tales about space.

“So I always thought that astronomy was the really exciting part of physics,” Heymans says. “It uses core fundamental physics to explain these mind-blowing events that we observe in our universe. I just find it stunning.”

To emphasize that researchers can be successful without sacrificing time dedicated to family, she lists the six months’ maternity leave she took after the births of each of her three children on her CV.

Now a professor of astrophysics at the University of Edinburgh and director for the German Centre for Cosmological Lensing at Ruhr-University Bochum, Heymans tries to understand the dark universe—the portion of existence that doesn’t interact using electromagnetic energy, like light or radio waves. It’s a segment of science in which astronomy and particle physics overlap.

“My job is to invent other observations to confront prod and poke all these different theories to try and narrow it all down,” Heymans says. “What is the dark matter particle? What information can we give our particle physics cousins about what it should be?”

In 2012, Heymans and colleagues released the first large-scale map of dark matter in the universe, which took seven years to build. Now, projects like the Vera C. Rubin Observatory and the Nancy Grace Roman Space Telescope—both named for pioneering women in astronomy—along with the Euclid Satellite, are building upon that work to develop even larger and more detailed maps of dark matter.

Heymans is optimistic that astronomers and physicists will gain a better understanding of dark matter during the next few decades. “I've got all of my hopes set on the particle physics community actually catching a dark matter particle,” Heymans says.

Heymans is unabashedly delighted by her research. “I just love everything that I do,” she says. “When I physically worked at the Royal Observatory before we were home-officing, I used to literally skip up the hill every morning because I was so excited about getting to work.”

She says she feels a duty to share this joy with the world. “There's absolutely no point in us beavering away doing all of this science if we don't tell people about what we've done,” Heymans says.

In the last year, Heymans’ title as Astronomer Royal for Scotland and the prevalence of virtual seminars during the COVID-19 pandemic have afforded her many opportunities to engage with the public. But even before she became honorary astronomy ambassador for Scotland, Heymans was giving talks and writing articles about her work for people who aren’t professional astronomers.

“She has an amazing ability to work on so many different topics at the same time,” Alexie Leauthaud, a cosmologist at the University of California, Santa Cruz, and a longtime colleague of Heymans, writes in an email. “I was so thrilled to hear that she had been offered this position. I could not think of a better choice.”

Heymans got her first experience with public engagement during graduate school. Her program paired PhD students with high schools to lead weekly experiments and science education activities. “Kids are the best way to learn how to be a science communicator, because they will tell you if you're boring,” Heymans says. “Sort of a baptism by fire.”

Heymans has continued sharing science with schoolchildren throughout her career. One of her major goals as Astronomer Royal for Scotland is to install telescopes in residential centers where students from all backgrounds should have access to them.

While Astronomer Royal for Scotland is in principle a lifelong title, Heymans says she doesn’t intend to hold onto it for as long as she could. “You can only inject so much energy into projects for so long,” Heymans says. “So I'm going to get my telescopes organized and give it my all, and then I'm going to pass it on to someone else to carry the thing. There's so many exciting things to possibly do in this world.”

But before she gets to those other exciting things, she says she hopes to inspire enthusiasm for science among young people. “I hope I can turn around this tide of ‘science is boring,’ ‘sciences is dull,’ ‘science is not for girls,’” Heymans says. “When it's actually such a brilliantly creative, innovative, beautiful job.”