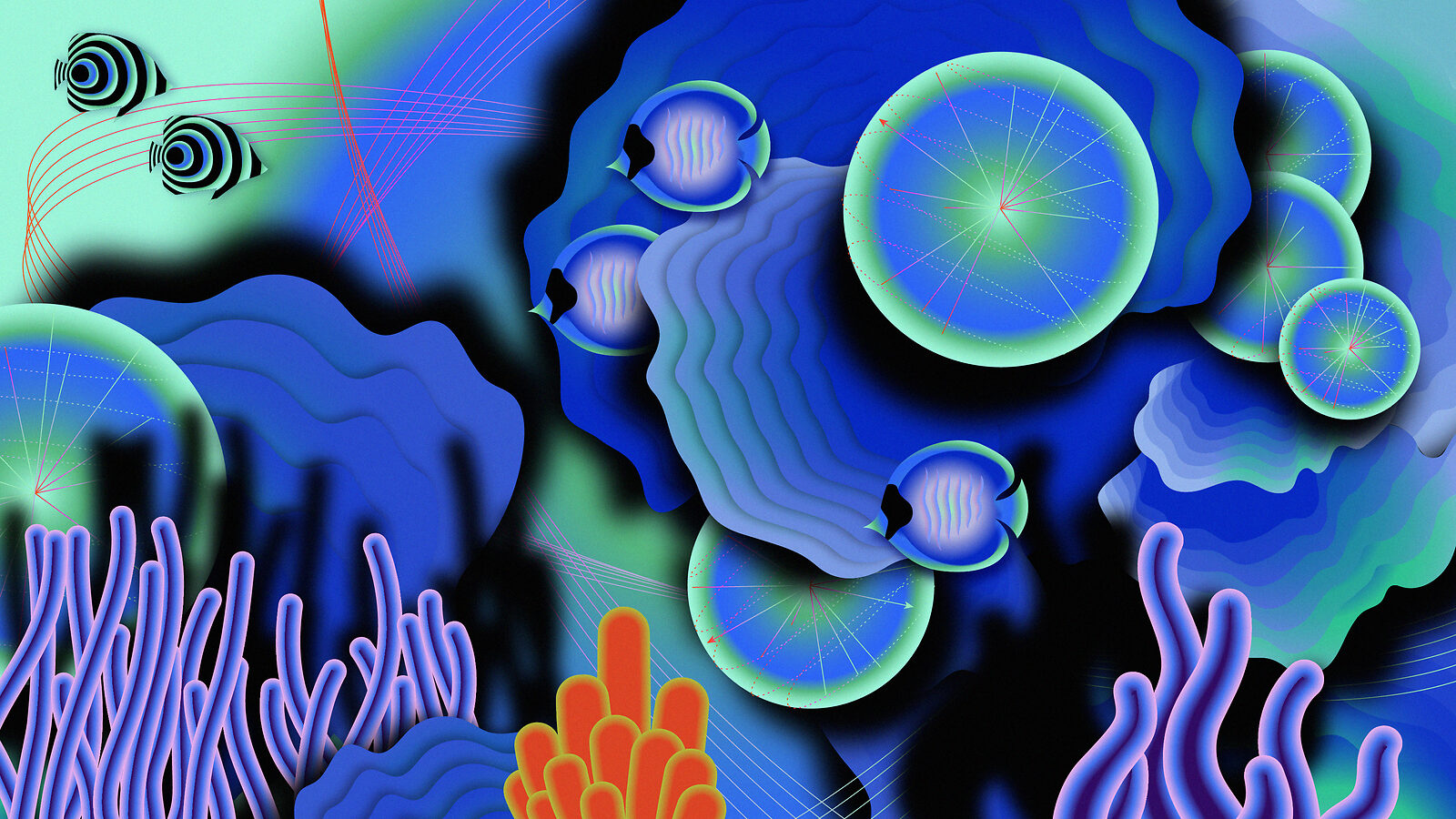 For most of us, quantum computing, next-generation quantum sensing and quantum networking still belong to the future. But many early-career scientists and students are already preparing for that future.

Physicist Reina Maruyama, who studies neutrinos and dark matter at Yale University, says she has seen a flood of students and postdocs interested in quantum information science.

“When there is an infusion of new people and new ideas, there’s likely to be a big advance in technology.”

To Maruyama, this buzz is promising news. “When there is an infusion of new people and new ideas, there's likely to be a big advance in technology,” she says. “I’m excited about that, so then I can combine this new technology with really exciting science.”

Making strides in quantum information science and its applications will require cooperation among experts from a variety of backgrounds, she says.

Through courses in computer science, physics, engineering and math, students gain expertise that’s in demand as the quantum field expands. For students wanting to explore quantum technology, physicist Aaron Chou has this advice: Spend some time understanding quantum mechanics. It’s not as intimidating as you think.

“People make it hard by saying, ‘Classical physics is what we're used to, and quantum mechanics is spooky,’” says Chou, a scientist at the US Department of Energy’s Fermi National Accelerator Laboratory. Chou leads the quantum devices and sensors thrust of the Quantum Science Center, headquartered at Oak Ridge National Laboratory. “I would encourage people to think about it the other way around: Quantum mechanics is the way the world really is, and it’s actually classical physics which is spooky,” he says.

The realm of quantum technology extends well beyond physics, into any problem for which many potential solutions exist, such as modeling climate and weather, creating new types of molecules, or examining financial markets.

To tackle those types of problems, people are working to build useful quantum computers.

Efforts started with one, two or a handful of qubits, says John Martinis, a University of California, Santa Barbara physicist who helped build Google’s quantum computer with 53 programmable qubits. But it’s only now that we are starting to see potentially powerful quantum systems.

“You have to learn how to build things better and understand the physics of the machine you're putting together,” Martinis says. “And over time, we build more complex instruments that can do better science.”

For his part, Chou hopes to eventually use quantum computers to process the flood of data generated from billions—or tens of billions—of quantum sensors, instrumentation that is not yet feasible today.

“If you want to go to the next stage in complexity of particle detectors,” he says, you need a quantum computer. “Unless we simplify everything by quite a bit, we just won't be able to deal with the huge, much larger channel counts that will be necessary.”

We still have a lot to learn about the physics that governs how qubits fall out of entanglement and how errors come into quantum computing systems. Running quantum computers requires new software and programming.

But it’s more than just the processor technology, says Celia Merzbacher, executive director of the Quantum Economic Development Consortium and coauthor of “Assessing the Needs of the Quantum Industry.”

“There are a lot of surrounding or enabling technologies that are important,” she says.

With the rapid progress happening in quantum systems, is there a need for an entirely new type of worker, a quantum engineer?

“Companies are eager to hire people coming out of traditional engineering schools with expertise and knowledge in various classical fields such as photonics and software engineering,” Merzbacher says. “With just an extra course or two about quantum science, they would be well-prepared for a job in this field.”

And you also don't need to be a PhD-level physicist to work on quantum systems, says Benjamin Zwickl, a physics professor at the Rochester Institute of Technology.

“For students already majoring in all these different computer, engineering and science fields, if they had one or two courses in quantum, they'd be really competitive for many entry-level jobs at the bachelor’s degree level in quantum technology,” Zwickl says.

Despite representing a broad range of disciplines, those same areas that feed into the quantum workforce have some of the lowest diversity, Zwickl points out.

For example, according to an analysis by the Pew Research Center, White students in the US earned a higher proportion of degrees in the physical sciences than in other STEM fields in 2018—66% of bachelor’s degrees; 72% of master’s degrees; and 73% of research doctorates. Black and Hispanic adults were least represented among those earning doctorates in math, physical sciences and engineering. And although women earned 53% of STEM college degrees in 2018, they made up just 22% of those who earned bachelor’s degrees in engineering and 19% in computer science.

Mayurama says that, as involvement in quantum information science grows at universities, tech companies and laboratories, it’s important to think about how to shift these patterns. “Sometimes the rush to get ahead can run counter to diversity or inclusivity,” she says.

In their paper, “Achieving a quantum smart workforce,” Zwickl and co-authors recommended incorporating quantum information training at the bachelor’s level and particularly at the associate’s degree level, where the student body tends to be more diverse. Zwickl adds that quantum initiatives at historically Black colleges and universities, tribal colleges and universities, and Hispanic-serving institutions can help students see future opportunities in the field and could remove barriers to entering the quantum workforce.

Those are the same goals of a nonprofit initiative called Qubit by Qubit, which offers courses and educational programs to introduce quantum concepts to even younger students, at the K-12 level. “We try to break down the idea that only geniuses can do quantum computing. That's another barrier, and K-12 education is really the place where you can break those ideas down before they become so cemented,” says Kiera Peltz, executive director of Qubit by Qubit. “We want to show our students that this field is for everyone.”

This is an important moment, adds Rachel Zuckerman, Qubit by Qubit program director.

“We have the chance to train a new generation to work with this technology and advance this field. If we do that right, it will dramatically expand opportunities in this field, especially for those who have been historically left out,” Zuckerman says. “That's very hopeful, but the field should not take that responsibility lightly.”