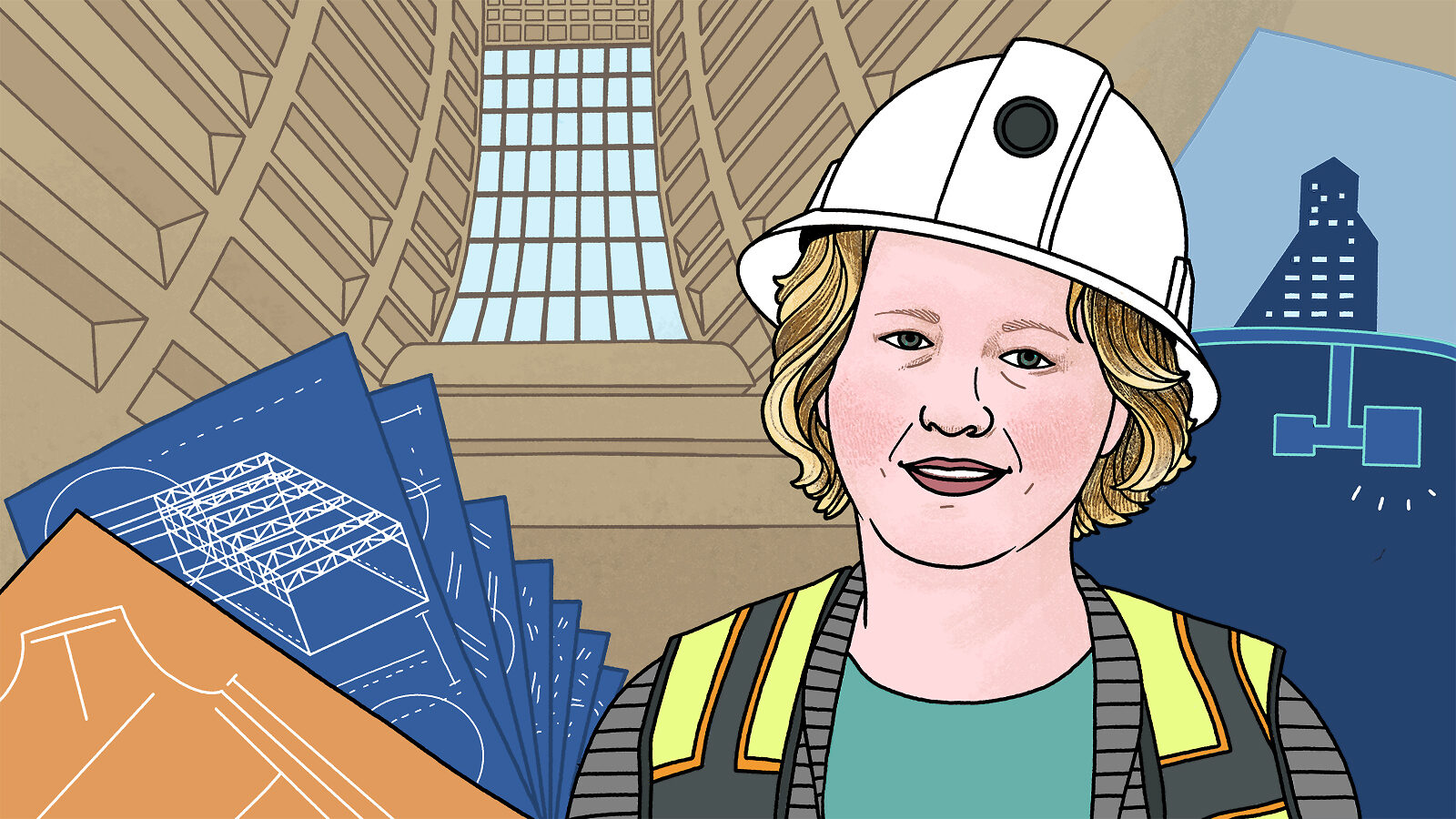 As a child, Elaine McCluskey liked to make things. Growing up in the 1950s and ’60s, this translated into hobbies considered appropriate for girls: making crafts, sewing clothes and cooking.

“I even made my own prom dress pattern,” she says.

At school, her interest translated into a passion for math and science. As she neared graduation, her father, an electrical engineer, encouraged her to enroll in a joint undergraduate degree in physics and civil engineering.

She spent three years at Carleton College in Minnesota before transferring to Washington University in St. Louis.

“I was very much encouraged by my parents to never feel like I couldn't go do something,” she says. “It was very, very important that I felt empowered to go and do whatever I want, wherever I wanted to do it.”

That encouragement helped her weather the challenges of finding her way in a male-dominated field. The career she built touched the lives of many, ranging from students and educators to medical professionals and patients to physicists and engineers. 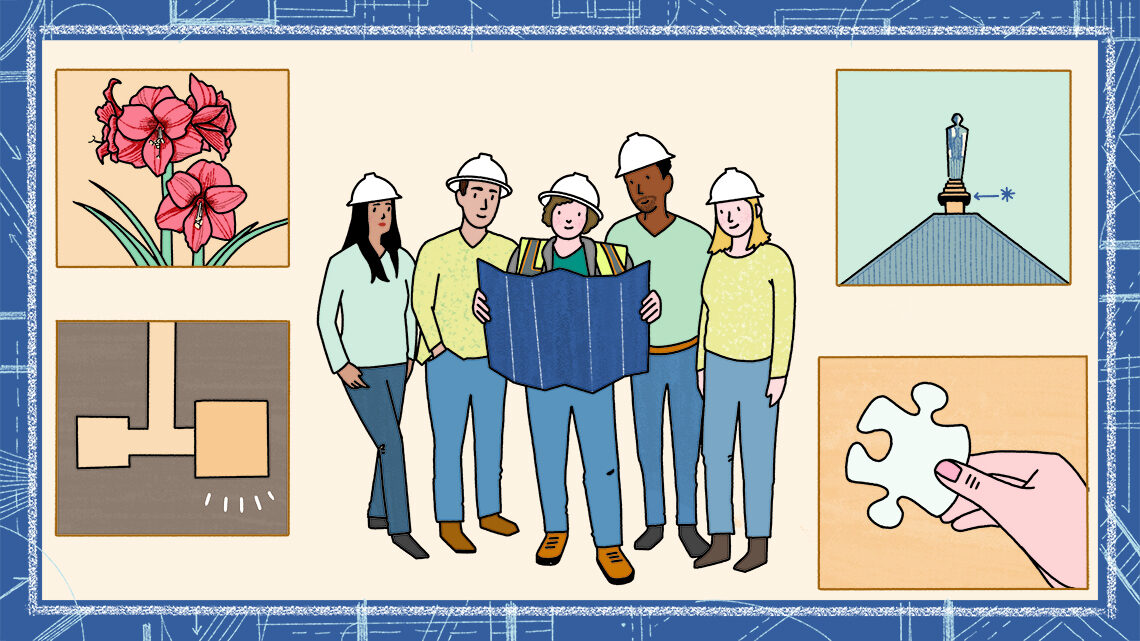 From small cohort to smaller cohort

At Carleton, McCluskey studied physics in a class about a third of which was made up of women. This was unusual; when she graduated in 1976, women were awarded just 11% of bachelor’s degrees in physics in the United States, according to the American Institute of Physics.

The ratio was different when she studied civil engineering in St. Louis. In 1978, the year she earned her second degree, women earned just 8.9% of bachelor’s degrees in engineering in the United States, according to the National Science Foundation.

There were barely any other women in civil engineering, McCluskey says. At the meetings for the American Society for Civil Engineers, there were only five women in her cohort. They were unable to wear the name tags the society provided, as the tags were designed to be slipped into a suit jacket pocket.

“‘I don't have a suit jacket, and I don't have a pocket to put that in, what can we do about that?’” she asked the organizers. After she brought it up, they switched to pin-on name tags instead. “I felt that was quite a victory for myself,” she says.

Later in her career, McCluskey became an engineering consultant. She says that the number of women around her dropped even further; she was often the only one in the room. McCluskey made do with the support she could find.

“I've often had men who are my confidants or my professional role models, just because there aren't women there to do that. And so oftentimes, I would rely on just personal friends to talk through things.”

It was in college that McCluskey figured out exactly what she wanted to do.

She remembers watching through her dorm window as workers poured the foundation for a new building. She says that at the time, she wondered: How do they know it’s going to stand up? Who decided that that amount of concrete in that shape is the right thing to do?

McCluskey says she was taken by “the whole business of eventually creating this beautiful building.”

Over her career, she has built schools, hospitals, and even a reinforced support for the statue of the goddess Ceres atop the Chicago Board of Trade.

“To me, designing a school and a hospital, those are fundamental things that everybody needs,” McCluskey says. “And if I can make a school that's going to last a long time and be really useful for our community, then I feel a lot of reward driving by that school, knowing that I’ve done something that can help a lot of people.”

As she gained experience, McCluskey became interested in taking on new challenges as well. That’s when she heard about a job at the US Department of Energy’s Fermi National Accelerator Laboratory. After initially working part-time, she was hired full-time by the Facilities Engineering Services Section in 1995.

Civil engineering requirements for different projects are often pretty similar. Not at Fermilab, though. “The scientists want to do an experiment and maybe change the matrix and change our thinking about the world,” she says. “It’s the passion that comes with the work that really drives us to want to continue to do what is sometimes very hard or something that's not been done before.”

One of her first projects was one of her most challenging: the remodeling of the laboratory’s main building, Wilson Hall. Inspired by a cathedral, it consists of two concrete sides that slope gently together as they reach more than 200 feet in the air. The hall is visible from most of the lab’s flat 6,800-acre site.

The problem was that the iconic building had begun dropping small pieces of concrete. McCluskey and her team set to work rebuilding parts of the hall floor by floor, replacing windows, skylights, water piping and the entire front entrance. To make things more complex, the project needed to be completed while the building remained occupied, so much of the work happened at night.

McCluskey says that for years afterward, she took pride in checking every time she walked by to make sure everything was in perfect condition.

McCluskey made sure that everyone on a project could take that same pride in their work, says fellow project manager Jolie Macier, who started working with McCluskey in those early days. The key was giving her team the guidance they needed to work independently.

But she also found ways to help team members work well together, Macier says. During Women’s History Month a few years ago, McCluskey brought in a puzzle celebrating women in science and engineering. “It provided this meeting point over the course of a couple of days for people to stop and talk with each other,” Macier says. “It obviously wasn't only about the puzzle. It was more about this moment and creating this interaction.”

During the winter, McCluskey would bring amaryllis to the office. She would nurture them at home before sharing them in the winter, the only time of year when their flowers bloom.

“Everything isn’t just about working on the to-do list, but really looking at ways that help people feel like they're part of something,” Macier says.

For the last 12 years, McCluskey has worked as project manager on one final, adventurous build for Fermilab: the beamline and cavernous homes for the huge particle detectors of the international Deep Underground Neutrino Experiment, the lab’s flagship LBNF/DUNE project.

More than 1,400 scientists and engineers from over 35 countries are collaborating on DUNE. The experiment needs a facility that produces a neutrino beam and sends it straight through the earth to the DUNE detectors, first at the Fermilab site, and then 800 miles away to a former-mine-turned-underground-laboratory in Lead, South Dakota. There, shielded underground to better study subatomic particles, scientists aim to discover what role neutrinos play in the universe.

“Elaine is the rock that held the LBNF/DUNE project together for a decade and advanced it to where we are today,” says Fermilab Director Nigel Lockyer. “Her even-keel approach to problem solving was masterful and highly appreciated in a difficult project.”

Chris Mossey, project director of LBNF/DUNE-US, agrees. “Elaine has put her heart and soul into moving this project forward, overcoming countless challenges. LBNF/DUNE simply would not be where it is today without Elaine’s extraordinary dedication and leadership.”

About 800,000 tons of rock need to be moved to create the underground space for the DUNE detectors at the Sanford Underground Research Facility. Excavation is underway. When complete, the new Long-Baseline Neutrino Facility at SURF will have a total floor space of about the area of two soccer fields. The facilities will include large cryostats, underground nitrogen refrigeration and argon recirculation systems.

That work will need to be completed without McCluskey, though; in February, she announced her retirement.

But she isn’t turning her back on her passions. She still serves as a volunteer in the Frank Lloyd Wright Trust, an architectural nonprofit in Chicago. And in June, McCluskey plans to meet up with fellow Carleton physics alumni for a reunion they hold every five years.

“It’s always a special time for the physics majors to get together,” she says, “and those women from that physics year are always there.”