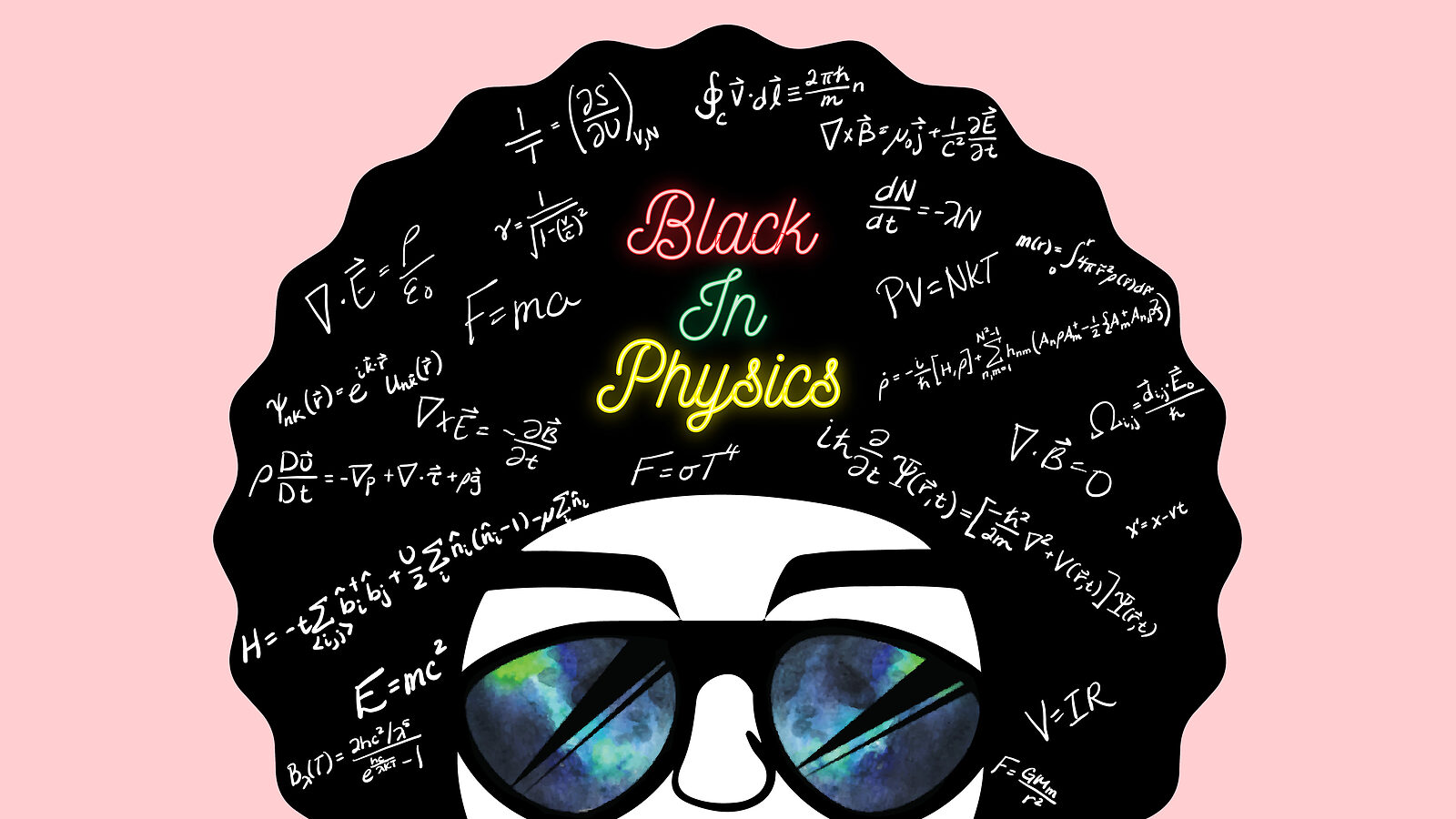 Courtesy of Black in Physics

Walking to his lab one afternoon last year, physicist Charles Brown found his way blocked by a white student who refused to let him into the physics building and demanded to see his ID. A postdoc at the University of California, Berkeley, studying ultra-cold atoms, Brown says the incident reflects the barriers—both visible and invisible—faced by Black physicists like himself around the world.

Since George Floyd’s killing brought conversations about societal inequities to the fore, Black academics have shared their stories on Twitter with the hashtag #BlackInTheIvory and organized events to highlight Black scientists in various disciplines. Now it is physicists’ time to shine: #BlackInPhysics week starts on Sunday, Oct. 25, and runs through Saturday, Oct. 31.

The overarching goal for the week is to build community among Black physicists at all stages of their careers in the United States and internationally. “It can be hard because our numbers are low, but it’s an important part of professional success,” says Brown, one of the lead organizers. “It’s also an important part of being human—we need community.”

Professional development webinars planned include panels on how to be a successful student, finding work-life balance as a researcher, managing imposter syndrome and navigating careers outside academia. At social mixers—including an interactive Halloween murder mystery—attendees will have fun getting to know each other.

“What we’ve planned is to make sure we address a Black physicist both as a professional and also as a social human being,” says Eileen Gonzales, a postdoctoral fellow in the Department of Astronomy at Cornell University and a lead organizer of the week.

The organizers want non-Black physicists and non-scientists to participate in the week’s events, too. Each day, the @BlackInPhysics Twitter account will focus on a different subfield (Monday will be high-energy physics), posting an equation of the day, highlighting the work of Black physicists, sharing fun facts and encouraging people to ask questions about physics. In the same vein, an Ask-a-Scientist webinar on Thursday will provide an open discussion between physicists and the general public.

In Wednesday’s Three-Minute Thesis Competition, PhD students will vie to give the most compelling elevator pitch about their research to an audience of peers and potential employers. On Friday, a virtual job fair will connect Black physicists with employers in academia and industry. Booth sign-ups are open until the end of the day on Sunday.

The organizers of #BlackInPhysics are early-career scientists, including an undergraduate and several graduate students. “It’s soul-filling to see people doing physics who look like me and want to build a larger community,” says Jessica Esquivel, run coordinator of Fermi National Accelerator Laboratory’s Muon g-2 experiment and a lead organizer of the week. She calls on physicists everywhere to “remember those that are Black in physics when they’re looking to hire faculty or fill an internship.”

With the momentum from this week, the organizers will pursue long-term goals. They hope to continue building community, create a database of Black physicists and provide the infrastructure to help students succeed. “We’re obviously still at the beginning of what this could be, but we have a vision to really be a support system for our community,” Esquivel says.

Brown acknowledges that #BlackInPhysics week will not erase all the obstacles faced by the next generation of Black physicists. “Growing up as a Black kid in America, there’s so many things in society that will suggest to you that science is not for you,” he says. But the larger movement, organizers hope, will contribute to an institutional culture shift that makes physics more welcoming for Black students.