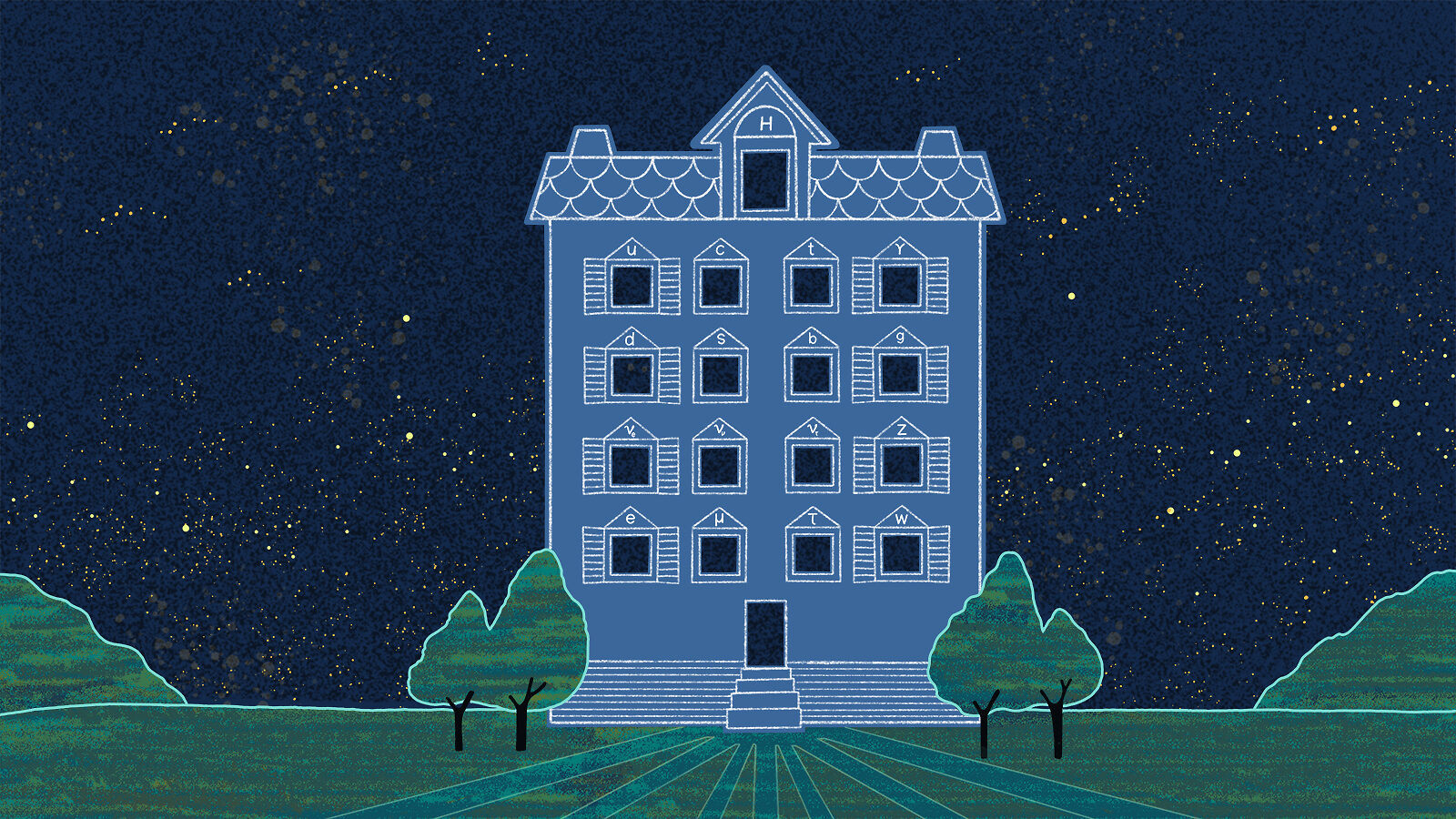 Humans have always sought to understand the essence of the world around them. Ancient civilizations believed everything was composed of basic constituents like earth, air, water and fire; in the 1800s, these classical elements gave way to a meticulous record of over a hundred chemical elements, known today as the modern periodic table. The discovery of the electron in 1897 ushered in a new era, as scientists realized that the true building blocks of nature were even smaller than they had thought.

Since then, a slew of subatomic particles has been discovered and organized into a theory called the Standard Model, which impressively describes the properties and behavior of the matter surrounding us in a single, albeit hefty, mathematical equation.

“We have a precise model of only a small sliver of reality.”

“The Standard Model is scientists’ best guess at explaining the universe,” says Don Lincoln, a physicist at the US Department of Energy’s Fermi National Accelerator Laboratory.

Since its formulation in the early 1970s, the Standard Model has predicted the outcome of countless experiments in particle physics with remarkable accuracy. Its most recent addition, the Higgs boson in 2012, rounded out the model by shedding light on how subatomic particles gain their mass. “It’s simply the most successful theory we have for explaining the behavior of the matter we see,” Lincoln says.

Why, then, are scientists so intent on discovering physics beyond the Standard Model?

“We have a precise model of only a small sliver of reality,” Lincoln says. “And there are a lot of unexplained mysteries,” ones that can’t be understood within the Standard Model’s tried-and-true mathematical framework.

Perhaps the most intriguing puzzle is the relative lack of antimatter found in the universe. Antimatter is composed of particles with certain properties, like charge and spin, flipped from their ordinary matter counterparts. According to the interactions of the Standard Model, the birth of our universe should have produced matter and antimatter in equal amounts—but somehow, that balance was tipped to create the matter-dominated world we live in today.

Another hint that there is physics beyond the Standard Model is that the theory does not account for dark matter, which physicists believe to be five times more prevalent than visible matter in the universe. While dark matter has never been directly observed, ample evidence of its presence exists. For example, scientists think the gravitational pull of dark matter causes galaxies to rotate at speeds unexplainable by the influence of the matter we can see.

“It’s what holds the universe together,” says Marcela Carena, a theoretical particle physicist at Fermilab. “But we have no clue what it’s made of, or why it is there at all.”

Attempts to decipher these mysteries require deep collaboration between the theoretical and experimental sides of particle physics, says Flip Tanedo, a physicist at the University of California, Riverside who works on understanding the nature of dark matter.

Many physicists think that new additions to the Standard Model will be part of a hidden “dark sector” of particles that interact only rarely, if at all, with the matter we are familiar with. But proving this hypothesis will take concrete experimental evidence. Any observation that doesn’t agree with Standard Model predictions is a clue. But only after scientists make rigorous checks—to confirm that it cannot be explained away by a fluke in the data or an error in theoretical calculations—is it a smoking gun. Once both of those paths have been ruled out, Carena says, “then the explanation for the discrepancy must be something new.”

“We are at an amazing time in history,” Carena says, because of the sophisticated technology available to explore past the limits of current understanding. “We have such amazing tools, and very powerful mathematical methods, to learn about our universe and about ourselves.”

Nonetheless, it’s improbable that physics will ever reach a point so far beyond the Standard Model that the theory gets replaced entirely by something new. “There are pieces missing in the puzzle,” she says. “But we’re not going to throw away all the pieces that already fit so well together.”

Tanedo agrees: “A theory is a model of nature, not a definition of what nature is,” he says.

What’s more likely is that the Standard Model will be regarded as effective at only certain scales and energies, similar to how chemistry describes atomic structure without much need for the mathematics of particle physics. “I wouldn’t pick up a subatomic particle physics textbook to understand the periodic table of elements,” Tanedo says.

With so much of the matter and energy in our universe left to unravel, the search for physics beyond the Standard Model is a journey ripe for discovery. “The ocean of what we don’t understand is far more vast than the little pond in which we’ve explored,” Lincoln says. “Anyone who wishes to explore this sea of knowledge can get on a boat and sail away.”