Accelerating positrons with plasma is a step toward smaller, cheaper particle colliders. 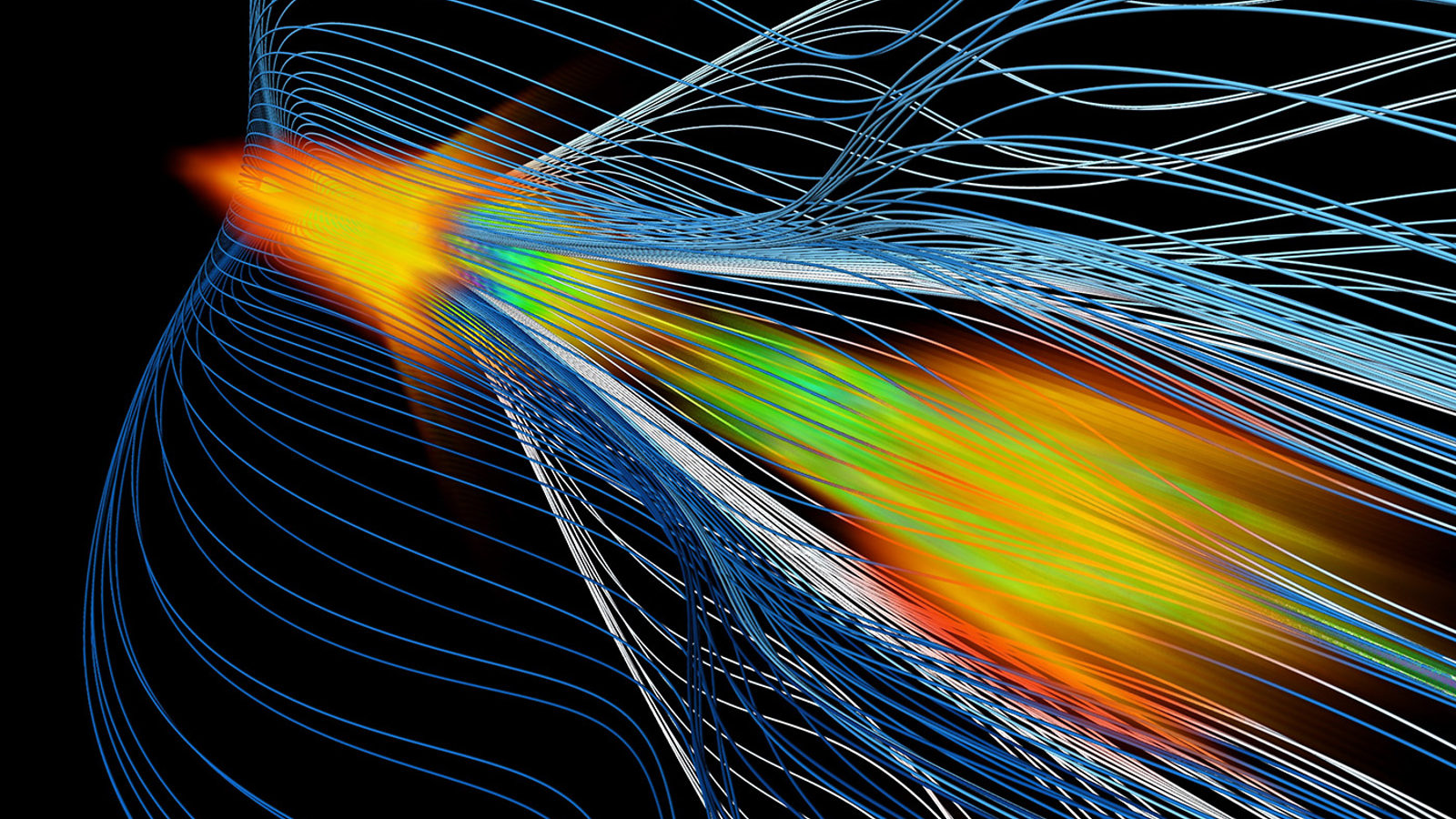 A study led by researchers from SLAC National Accelerator Laboratory and the University of California, Los Angeles, has demonstrated a new, efficient way to accelerate positrons, the antimatter opposites of electrons. The method may help boost the energy and shrink the size of future linear particle colliders—powerful accelerators that could be used to unravel the properties of nature’s fundamental building blocks.

The scientists had previously shown that boosting the energy of charged particles by having them “surf” a wave of ionized gas, or plasma, works well for electrons. While this method by itself could lead to smaller accelerators, electrons are only half the equation for future colliders. Now the researchers have hit another milestone by applying the technique to positrons at SLAC’s Facility for Advanced Accelerator Experimental Tests, a US Department of Energy Office of Science user facility.

“Together with our previous achievement, the new study is a very important step toward making smaller, less expensive next-generation electron-positron colliders,” says SLAC’s Mark Hogan, co-author of the study published today in Nature. “FACET is the only place in the world where we can accelerate positrons and electrons with this method.”

SLAC Director Chi-Chang Kao says, “Our researchers have played an instrumental role in advancing the field of plasma-based accelerators since the 1990s. The recent results are a major accomplishment for the lab, which continues to take accelerator science and technology to the next level.”

Researchers study matter’s fundamental components and the forces between them by smashing highly energetic particle beams into one another. Collisions between electrons and positrons are especially appealing, because unlike the protons being collided at CERN’s Large Hadron Collider – where the Higgs boson was discovered in 2012—these particles aren’t made of smaller constituent parts.

“These collisions are simpler and easier to study,” says SLAC’s Michael Peskin, a theoretical physicist not involved in the study. “Also, new, exotic particles would be produced at roughly the same rate as known particles; at the LHC they are a billion times more rare.”

However, current technology to build electron-positron colliders for next-generation experiments would require accelerators that are tens of kilometers long. Plasma wakefield acceleration is one way researchers hope to build shorter, more economical accelerators.

Previous work showed that the method works efficiently for electrons: When one of FACET’s tightly focused bundles of electrons enters an ionized gas, it creates a plasma “wake” that researchers use to accelerate a trailing second electron bunch.

W. An, UCLA
Computer simulations of the interaction of electrons (left) and positrons (right) with a plasma.

Creating a plasma wake for antimatter

For positrons—the other required particle ingredient for electron-positron colliders—plasma wakefield acceleration is much more challenging. In fact, many scientists believed that no matter where a trailing positron bunch was placed in a wake, it would lose its compact, focused shape or even slow down.

“Our key breakthrough was to find a new regime that lets us accelerate positrons in plasmas efficiently,” says study co-author Chandrashekhar Joshi from UCLA.

Instead of using two separate particle bunches—one to create a wake and the other to surf it—the team discovered that a single positron bunch can interact with the plasma in such a way that the front of it generates a wake that both accelerates and focuses its trailing end. This occurs after the positrons have traveled about four inches through the plasma.

“In this stable state, about 1 billion positrons gained 5 billion electronvolts of energy over a short distance of only 1.3 meters,” says former SLAC researcher Sebastien Corde, the study’s first author, who is now at the Ecole Polytechnique in France. “They also did so very efficiently and uniformly, resulting in an accelerated bunch with a well-defined energy.”

Looking into the future

All of these properties are important qualities for particle beams in accelerators. In the next step, the team will look to further improve their experiment.

“We performed simulations to understand how the stable state was created,” says co-author Warren Mori of UCLA. “Based on this understanding, we can now use simulations to look for ways of exciting suitable wakes in an improved, more controlled way. This will lead to ideas for future experiments.”

This study underscores the critical importance of test facilities such as FACET, says Lia Merminga, associate laboratory director for accelerators at TRIUMF in Canada.

“Plasma wakefield acceleration of positrons has been a longstanding problem in this field,” she says. “Today's announcement is a breakthrough that offers a possible solution.”

Although plasma-based particle colliders will not be built in the near future, the method could be used to upgrade existing accelerators much sooner.

“It’s conceivable to boost the performance of linear accelerators by adding a very short plasma accelerator at the end,” Corde says. “This would multiply the accelerator’s energy without making the entire structure significantly longer.”

Additional contributors included researchers from the University of Oslo in Norway and Tsinghua University in China. The research was supported by the US Department of Energy, the National Science Foundation, the Research Council of Norway and the Thousand Young Talents Program of China.

This article is based on a SLAC press release.