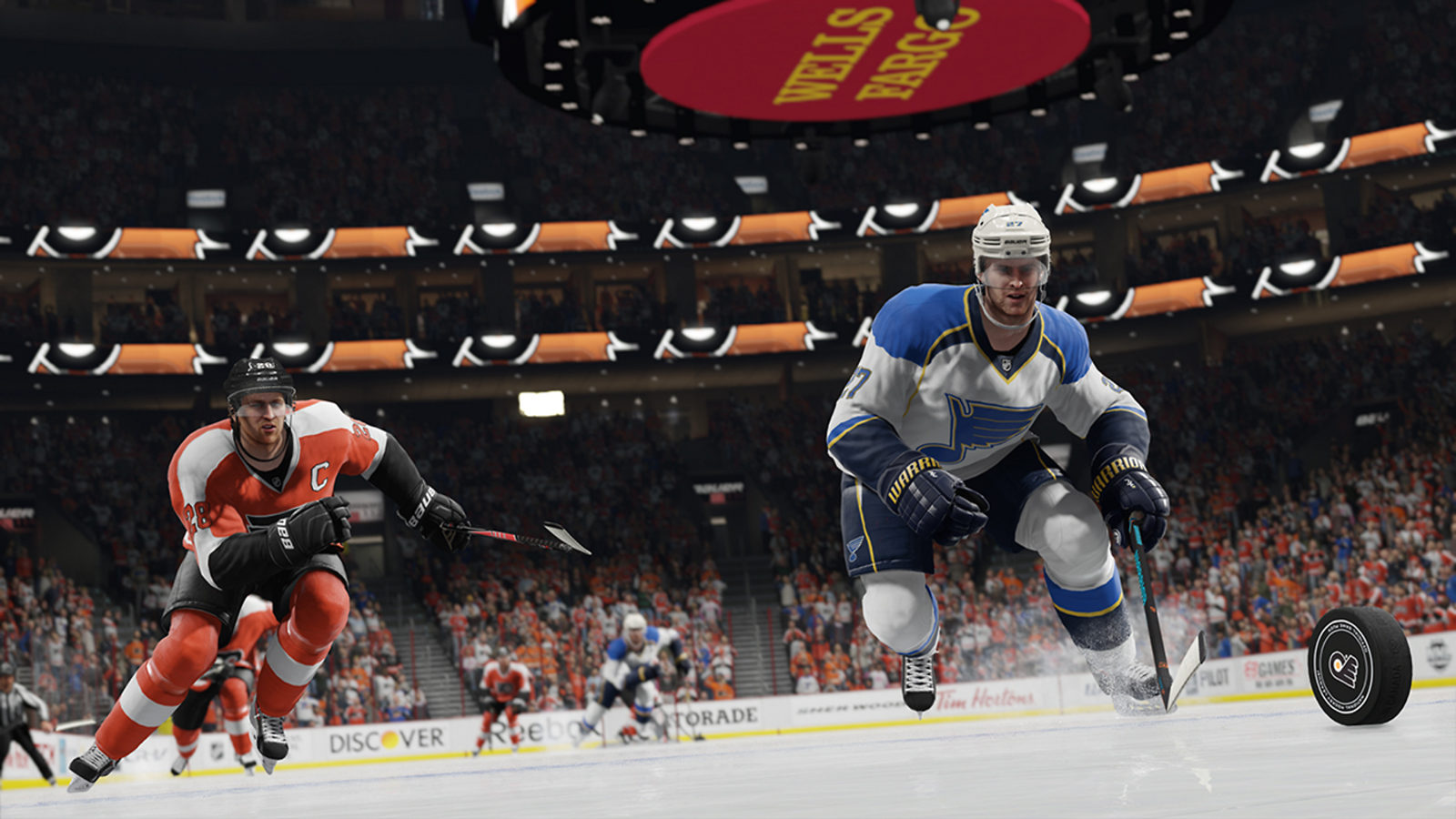 After years of particle physics research—first for the D0 experiment at Fermilab near Chicago and later for the ATLAS experiment at CERN near Geneva—Michele Petteni faced a dilemma. He loved physics, but not academia.

“Academia is very competitive, and if you want to be successful, you have to be one-hundred-percent committed,” Petteni says. “After my postdoc, I realized going down the academic path was not for me.”

Petteni found the perfect compromise. He took a job as a software engineer with EA SPORTS and helped design the hockey game NHL 15, to be released on September 9 in the US and September 11 in Europe.

“It was a new opportunity to do physics, just not at a quantum level,” Petteni says. “We try to keep quantum mechanical effects out of video games.”

Petteni’s job was to help model the puck and players with more realistic geometries so that their interactions mirrored those of real hockey games.

“Previous versions of the game modeled the puck as a sphere, which has a perfectly symmetrical geometry and bounces in a very predictable way,” Petteni says. “But hockey pucks are cylinders, which move and interact completely differently than spheres. We wanted to develop new models in which the puck flicks and rotates in a way which is believable.”

Petteni and his team even went so far as to determine how the puck interacts with a player’s jersey and moves during a multi-player pile-ups.

“It really changes everything and gives you a much more realistic hockey experience,” Petteni says.

Petteni says his previous experiences working at Fermilab and CERN were invaluable: The coding, computational analysis and problem-solving skills he learned while working as a physicist translate almost directly into game design.

“We knew that we wanted to redo our puck physics, and the fact that Michele had physics experience made it a perfect fit,” says Sean Ramjagsingh, the lead producer for the game NHL 15. “Physics has been a huge part of the success of our franchise.”

In fact, Petteni wasn’t the first physicist hired by EA sports to help re-vamp the realism in their games. His team also contains a former string theorist and a former astrophysicist, as well as several engineers.

A group of students at CERN have created a computer game that makes particle physics research as addictive as Candy Crush Saga.