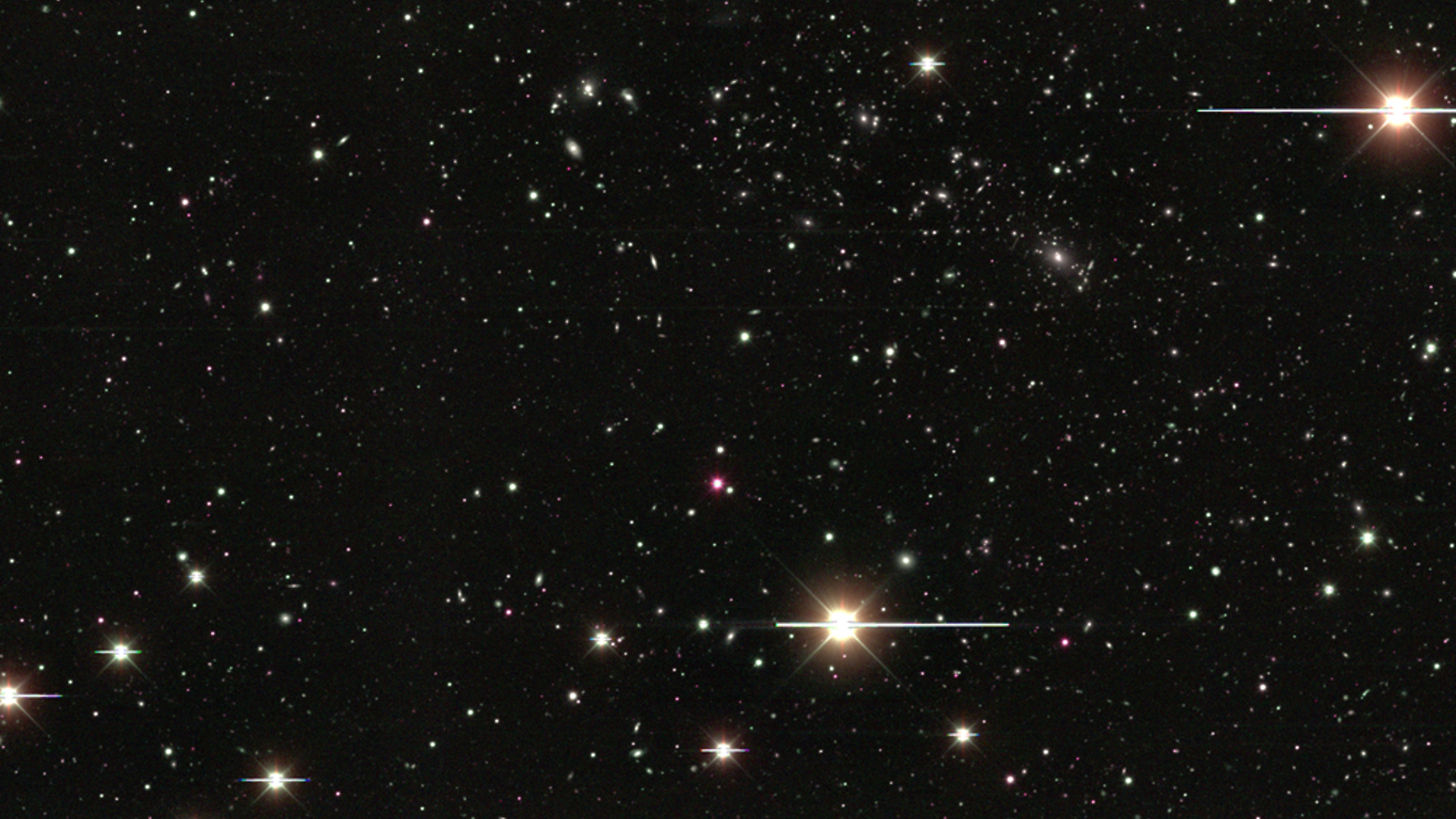 On August 15, with its successful first season behind it, the Dark Energy Survey collaboration began its second year of mapping the southern sky in unprecedented detail. Using the Dark Energy Camera, a 570-megapixel imaging device built by the collaboration and mounted on the Victor M. Blanco Telescope in Chile, the survey’s five-year mission is to unravel the fundamental mystery of dark energy and its impact on our universe.

Along the way, the survey will take some of the most breathtaking pictures of the cosmos ever captured. The survey team has announced two ways the public can see the images from the first year.

Today, the Dark Energy Survey relaunched its photo blog, Dark Energy Detectives. Once every two weeks during the survey’s second season, a new image or video will be posted to www.darkenergydetectives.org with an explanation provided by a scientist. During its first year, Dark Energy Detectives drew thousands of readers and followers, including more than 46,000 followers on its Tumblr site.

Starting on September 1, the one-year anniversary of the start of the survey, the data collected by DES in its first season will become freely available to researchers worldwide. The data will be hosted by the National Optical Astronomy Observatory. The Blanco Telescope is hosted at the National Science Foundation's Cerro Tololo Inter-American Observatory, the southern branch of NOAO.

In addition, the hundreds of thousands of individual images of the sky taken during the first season are being analyzed by thousands of computers at the National Center for Supercomputing Applications at the University of Illinois at Urbana-Champaign, Fermi National Accelerator Laboratory and Lawrence Berkeley National Laboratory. The processed data will also be released in coming months.

Scientists on the survey will use these images to unravel the secrets of dark energy, the mysterious substance that makes up 70 percent of the mass and energy of the universe. Scientists have theorized that dark energy works in opposition to gravity and is responsible for the accelerating expansion of the universe.

“The first season was a resounding success, and we’ve already captured reams of data that will improve our understanding of the cosmos,” says DES Director Josh Frieman of Fermilab and the University of Chicago. “We’re very excited to get the second season under way and continue to probe the mystery of dark energy.”

While results on the survey’s probe of dark energy are still more than a year away, a number of scientific results have already been published based on data collected with the Dark Energy Camera.

The first scientific paper based on Dark Energy Survey data was published in May by a team led by Ohio State University’s Peter Melchior. Using data that the survey team acquired while putting the Dark Energy Camera through its paces, they used a technique called gravitational lensing to determine the masses of clusters of galaxies.

In June, Dark Energy Survey researchers from the University of Portsmouth and their colleagues discovered a rare superluminous supernova in a galaxy 7.8 billion light years away. A group of students from the University of Michigan discovered five new objects in the Kuiper Belt, a region in the outer reaches of our solar system, including one that takes over a thousand years to orbit the Sun.

In February, Dark Energy Survey scientists used the camera to track a potentially hazardous asteroid that approached Earth. The data was used to show that the newly discovered Apollo-class asteroid 2014 BE63 would pose no risk.

Several more results are expected in the coming months, says Gary Bernstein of the University of Pennsylvania, project scientist for the Dark Energy Survey.

The Dark Energy Camera was built and tested at Fermilab. The camera can see light from more than 100,000 galaxies up to 8 billion light-years away in each crystal-clear digital snapshot.