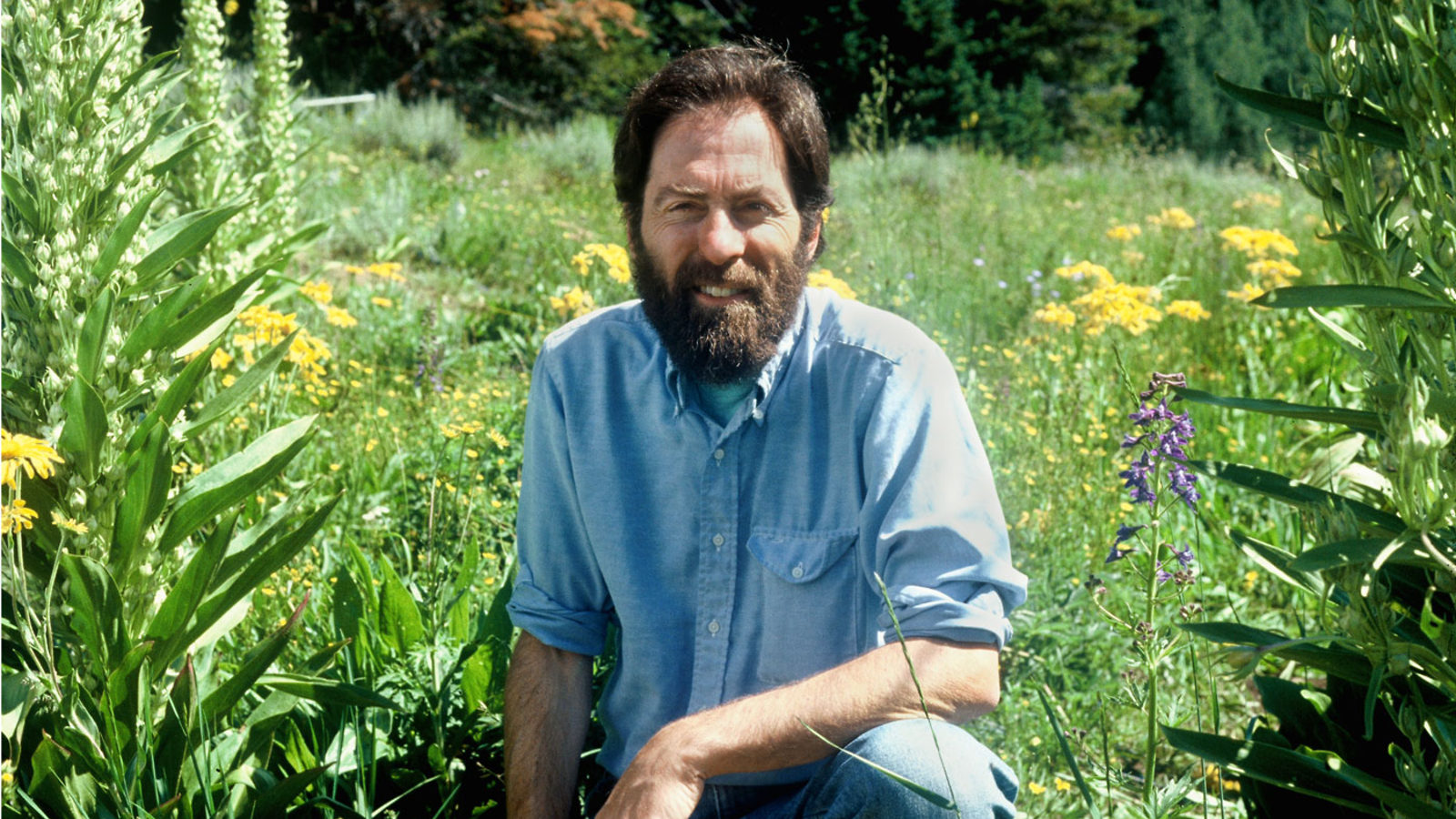 Ecologist John Harte applies principles from his former life as a physicist to his work trying to save the planet.

Each summer for the past 25 years, ecologist John Harte has spent his mornings in a meadow on the western slope of the Rocky Mountains. He takes soil samples from a series of experimentally heated plots at the Rocky Mountain Biological Laboratory, using the resulting data to predict how responses of ecosystems to climate change will generate further heating of the climate.

Harte, a former theoretical physicist, studies ecological theory and the relationship between climates and ecosystems. He holds a joint professorship at UC Berkeley’s Energy Resources Group and the university’s Ecosystem Sciences Division. He says he is motivated by a desire to help save the planet and to solve complex ecological problems.

“John is a gifted naturalist and a great birdwatcher,” says Robert Socolow, a colleague and former physicist who transitioned to the environmental field at the same time. “John went into physics to combine his deep love of nature and his talent for mathematical analysis.”

Harte, who loved bird watching and nature as a child, also enjoyed physics and math, which his schoolteachers urged him to pursue. He received his undergraduate degree in physics from Harvard in 1961, and a PhD in theoretical physics from the University of Wisconsin in 1965. He went on to serve as an NSF Postdoctoral Fellow at CERN from 1965-66 and a postdoctoral fellow at Lawrence Berkeley National Laboratory from 1966-68.

It was in the storied summer of 1969 while Harte was teaching physics at Yale that he decided to return to nature studies. He and Socolow spent a month that summer conducting a hydrology study of the Florida Everglades, and their work showed that a proposed new airport would endanger the water supply for hundreds of thousands of people. That work, which Harte and Socolow detailed in one chapter of the book Patient Earth, led to the creation of an immense water conservation area in southwestern Florida.

“With not much more than back-of-the-envelope calculations, we were able to stop the jetport,” Harte says. “I thought, man, that’s cool. I want to do this.”

Harte was already worried about climate change and decided to transition to studying interdisciplinary environmental science. He sought out the wisdom of famous ecologists, such as G. Evelyn Hutchinson, to help him learn the field.

“I was lucky because I made this transition in the late ’60s and ’70s,” Harte says. “It was a novelty back then, and there weren’t a lot of people doing the things I wanted to do.”

He retained his love for physics and used physics concepts in his work.

“Unification is such an important goal in physics,” Harte says. “I came away with the thirst for finding unification in ecology. I also came away empowered that I could master practically any mathematic formula. ”

Viewing many different phenomena through the same lens has been critical to Harte’s work. His big-picture view isn’t always widely accepted by other ecologists, but it has helped him understand and make significant contributions to the natural world.

“John is gifted in non-linear modeling. He’s a physicist doing ecology to this day,” Socolow says.

During his career, Harte has served on six National Academy of Sciences Committees, has published hundreds of papers and has written eight books on topics including biodiversity, climate change and water resources. He has also received numerous awards, including a George Polk award for his work advising a group of graduate journalism students reporting on climate change.

He typically divides his days between fieldwork and theory, teaching courses in theoretical biology and environmental problem solving. He has mentored about 35 graduate students during the years, about 10 of whom have come from physics.

“They saw that I had made this transition, and they thought I’d be a good mentor. Students who want to make that transition come to work with me,” Harte says. “Because I speak the language of physics.”