Why does particle physics matter?

Watch a compilation of many scientists' explanations of the importance of particle physics. 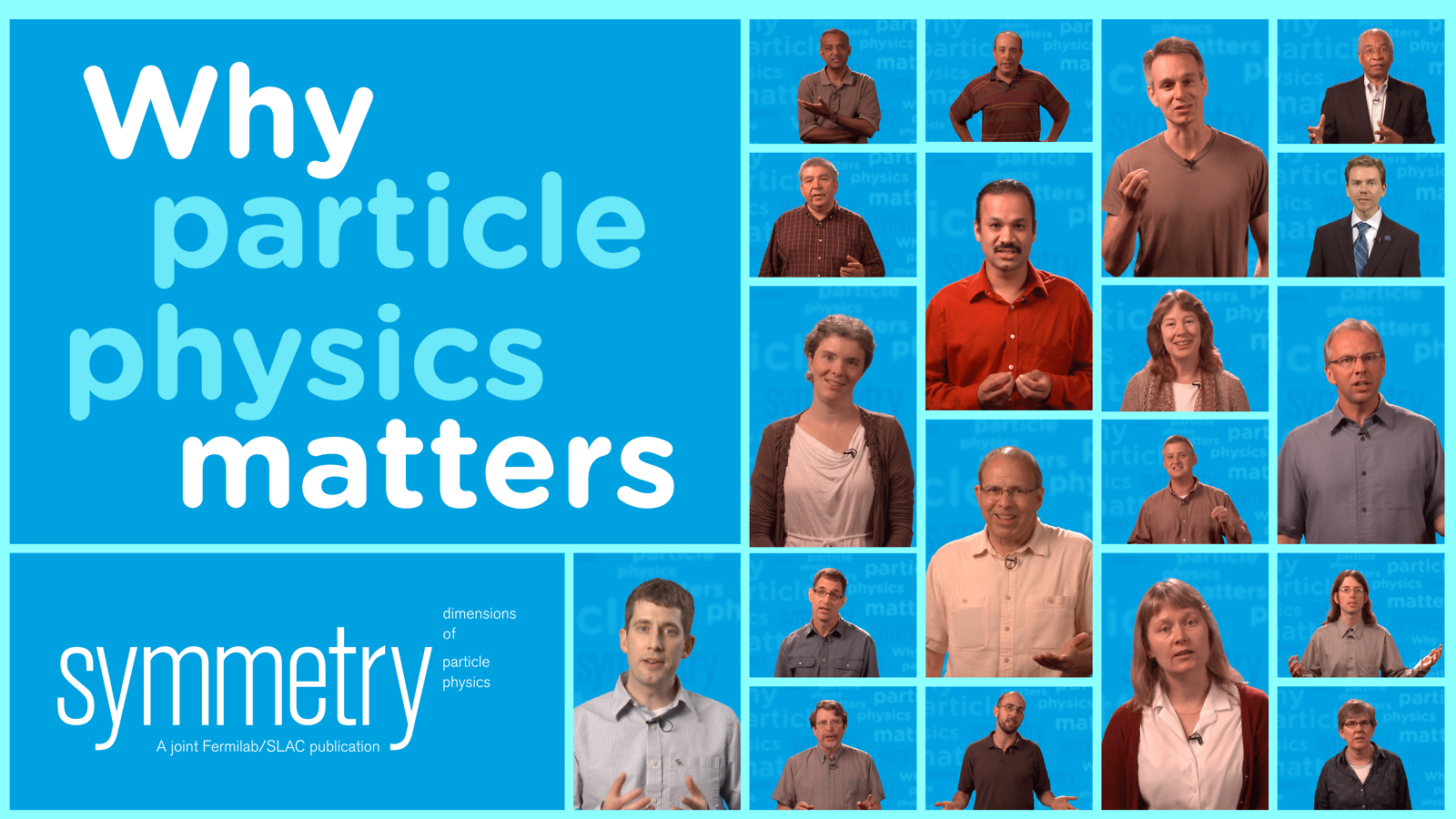 Editor's note: The "why particle physics matters" contest ended at 5pm Central on Sept. 3. Thanks to everyone who voted! Symmetry will announce the winner on Tuesday, Sept. 10. As you await the results, we encourage you to check out all the explanations on symmetry's YouTube channel.

If you’ve voted for one of the five scientists whose explanations made it into symmetry’s “Why particle physics matters” contest, you’ll know that particle physics benefits humanity by seeking answers to big questions about where we come from and where we’re going.

But many more than just the five scientists in the contest heeded symmetry’s call to explain why particle physics matters. See a sampling of some of the answers you might have missed in the video below, and watch their full responses on symmetry’s YouTube channel.