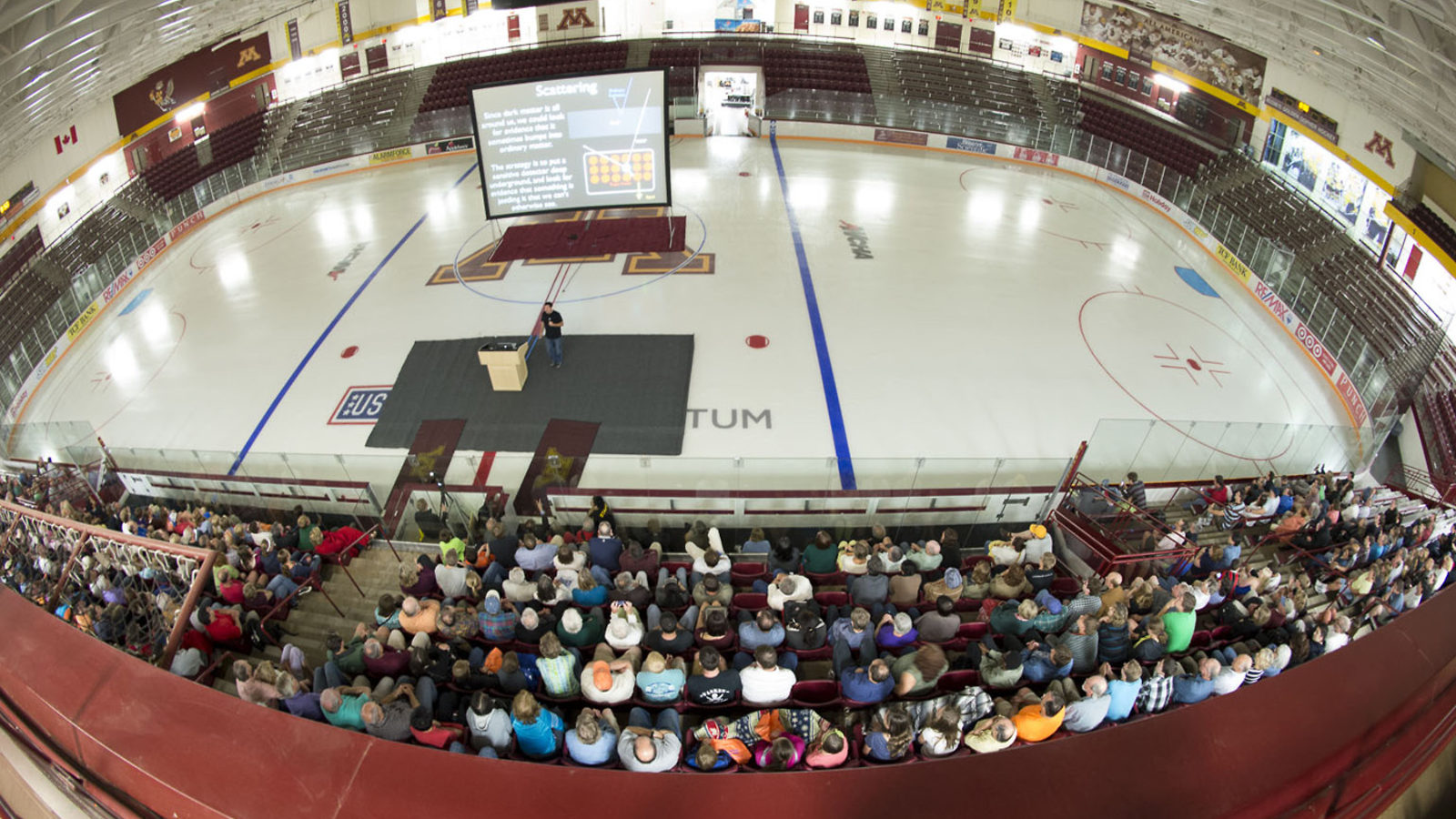 Six scientists battled in a Minnesota hockey arena to be named the best physics entertainer.

Last weekend Ridder Arena—home to the University of Minnesota’s back-to-back-NCAA-championship-winning women’s hockey team—hosted a competition a bit different from the norm.

Taking the ice in place of the Gophers (who in March finished their 41-game season undefeated), six scientists went head-to-head in front of an audience of almost 900 spectators to find out who was the best physicist-performer.

As part of this so-called physics slam, scientists took 10 minutes each to entice the crowd with talks on topics such as dark matter, neutrinos and the Higgs boson. The audience then chose the winner by rounds of applause.

In the end, victorious Vladimir Savinov of the University of Pittsburgh gained the spectators’ favor by adopting an entertainingly conspiratorial tone while explaining the mysterious abundance of matter over antimatter in the universe.

“I’m going to tell you some really secret stuff,” he said early in his talk. “You should not have brought children here.”

New York University’s Kyle Cranmer, who arrived on a sled propelled by a fire extinguisher, told the story of his personal experience as part of the large team that discovered the Higgs boson—or, as he renamed it for the Minnesota crowd, “the Gosh particle.”

Sarah Demers of Yale University could have won the prize for “most crowd participation”; she asked everyone to form a giant, human pixel detector in an imaginary electric field.

“Unfortunately, voltage to the seats was over the budget for the physics slam,” she said.

Later in her talk, she led the audience in a physics-themed rewrite of the song “My Favorite Things” from “The Sound of Music.” 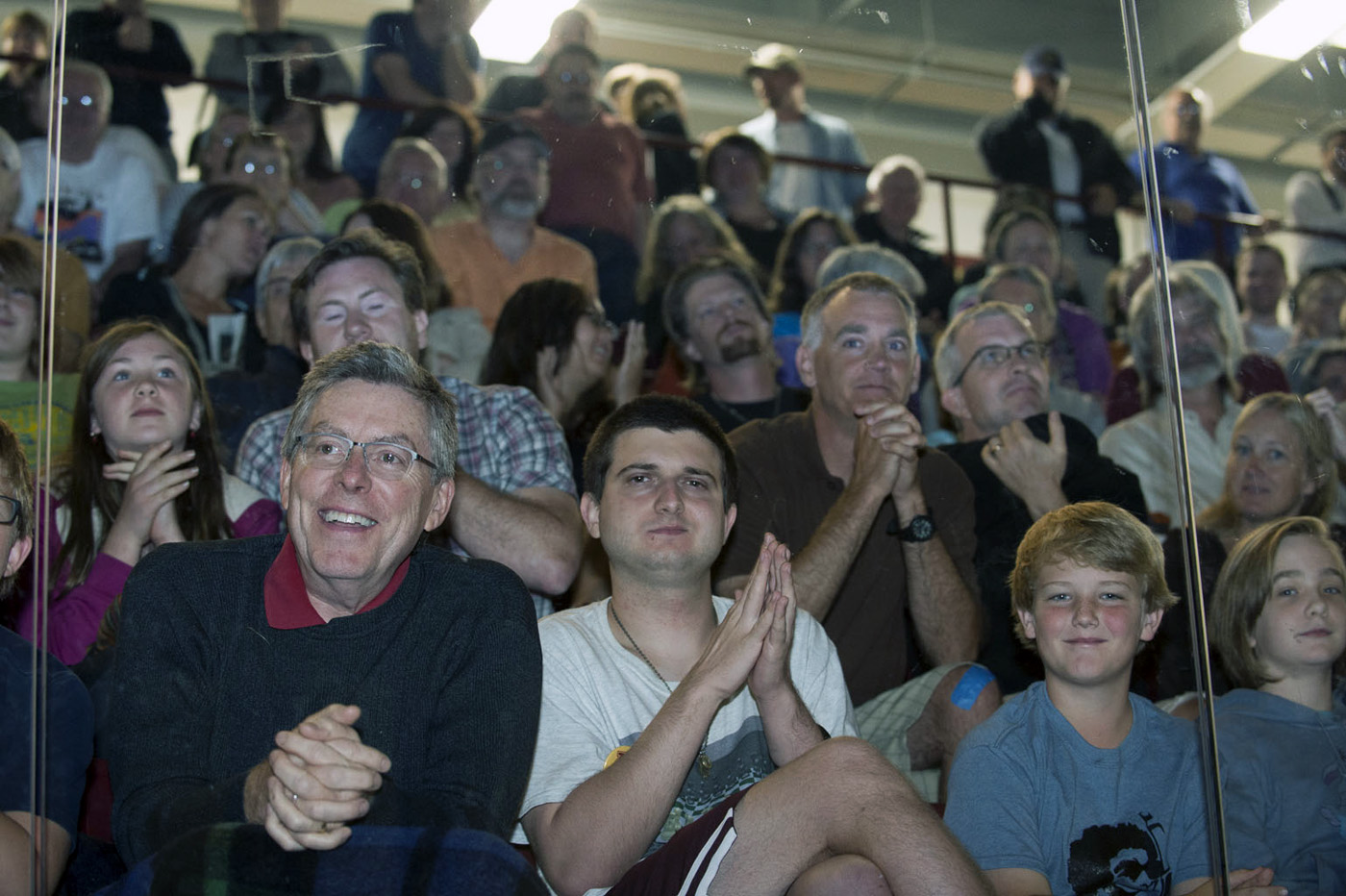 Members of the audience left the 58-degree arena chilled but smiling—and a little more knowledgeable about particle physics.

“I loved it,” said St. Paul resident Annie Erikson, a project manager for a drug development company who came to the event “completely on a lark” after work. “I enjoyed the combination of entertainment and education. ... And the sing-along: How fun was that?”

Fellow spectator Brett Johnson traveled to the event from Stillwater, Minn., with his wife, Kari, and his sons, Lars and Tate—all fans of science. They came away with another lesson, he said: “Physics researchers really have good senses of humor.”

Five scientists spent a Friday night on stage competing to see who could best convey the fun of particle physics.