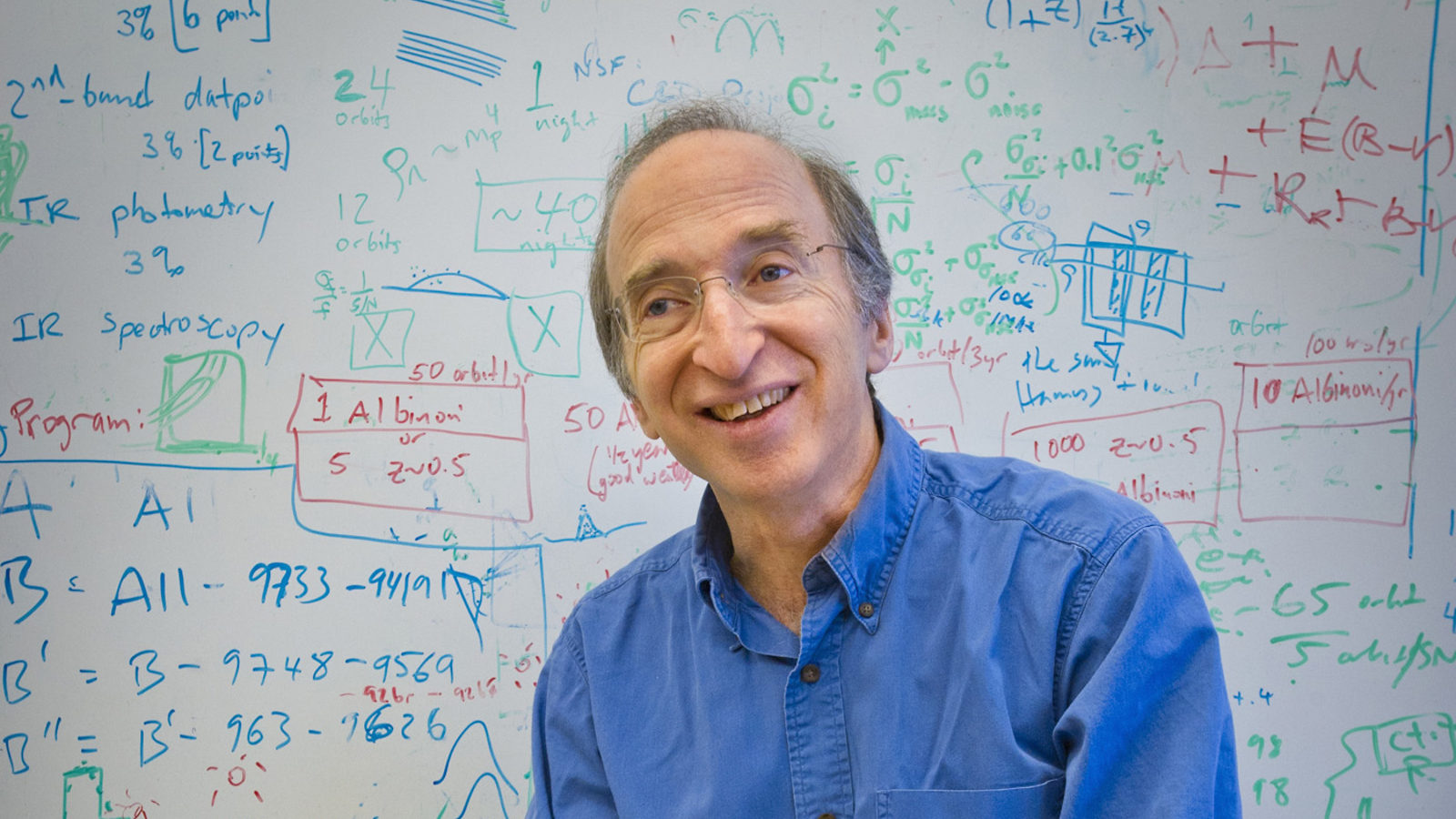 Perlmutter chats with Symmetry about the fate of the universe and a certain phone call from the Swedish Academy.

Physicist Saul Perlmutter of the University of California, Berkeley, and Lawrence Berkeley National Laboratory won a half share of the 2011 Nobel Prize for Physics for his work studying the expansion rate of the universe.

Most physicists expected that this expansion would slow down and possibly drag to an eventual halt due to the force of gravity. But Perlmutter’s team discovered just the opposite: The universe is expanding at a faster and faster rate.

After giving a public lecture at the University of Minnesota to mark the occasion of a long-term planning meeting the US particle physics community was holding there, Perlmutter chatted with Symmetry’s Kathryn Jepsen about big questions, supernovae and that phone call from Sweden.

What intrigued you about studying the expansion of the universe?

That particular question seemed like it was such a basic question. You would imagine the very first humans walking out at night to look up at the stars and wonder whether the sky goes on forever and whether it lasts forever in time.

What was challenging about studying supernovae?

The tricky thing is that, with supernovae, you have the three R’s: They’re rare. They’re random. And they’re rapid.

There aren’t that many, a couple per millennium in any given galaxy for the type of supernovae we needed. So that’s a long wait.

They’re random; they don’t give you any warning.

And they’re rapid; you have to catch them quickly. They rise for two weeks or so and fade within a few months. What we want to do is catch them at their peak brightness.

How did you deal with those challenges?

In the end we developed some new instrumentation that would allow us to observe thousands of galaxies at one time. You could then essentially guarantee a half a dozen “new” supernovae any time you observed. You might have 100s in a given image and then 1000s over the course of a night. We needed on the order of 20,000 a night.

How old was the light you were studying?

The supernovae we were studying at that point were mostly about 4 billion years old, but our oldest ones were more like 8 billion.

How many supernovae did you catch in seven years?

We saw 42 Type Ia supernovae by the time we had finished looking at all the data. I don’t know if you’ve read The Hitchhiker’s Guide to the Galaxy, but it seemed like a very auspicious number.

Were you surprised by what you found?

We thought we were going to be measuring the slowing of the universe. We thought it would either some day come to a halt and collapse or keep slowing but expanding forever. The answer was none of the above. The universe was accelerating in its expansion.

How did particle physics theorists react?

Basically, it became a field day for theorists as they tried to develop a context to explain what was going on. On average it looks like there’s been a related theory paper published every 24 hours since it was announced 15 years ago.

Which theory is your favorite?

I would say that I don’t have any reason to choose any one over another based on real evidence. In that sense, I’m wide open to what the data will end up telling us. That said, there are some that seem more fun. For example, I really enjoy the universes where things contract in and then expand out and then contract in and expand out again.

What was it like to find out you had won a Nobel Prize?

First I should say that California is the right place to get a Nobel Prize because it couldn’t be more in the dead of night when you get the call. So it’s already dramatic.

I picked up my phone, and the call I got was not from the Swedish Academy; it was from a reporter.

They asked, “How do you feel?”

What happened was the Academy had a wrong telephone number for me, so they didn’t reach me for another 45 minutes.