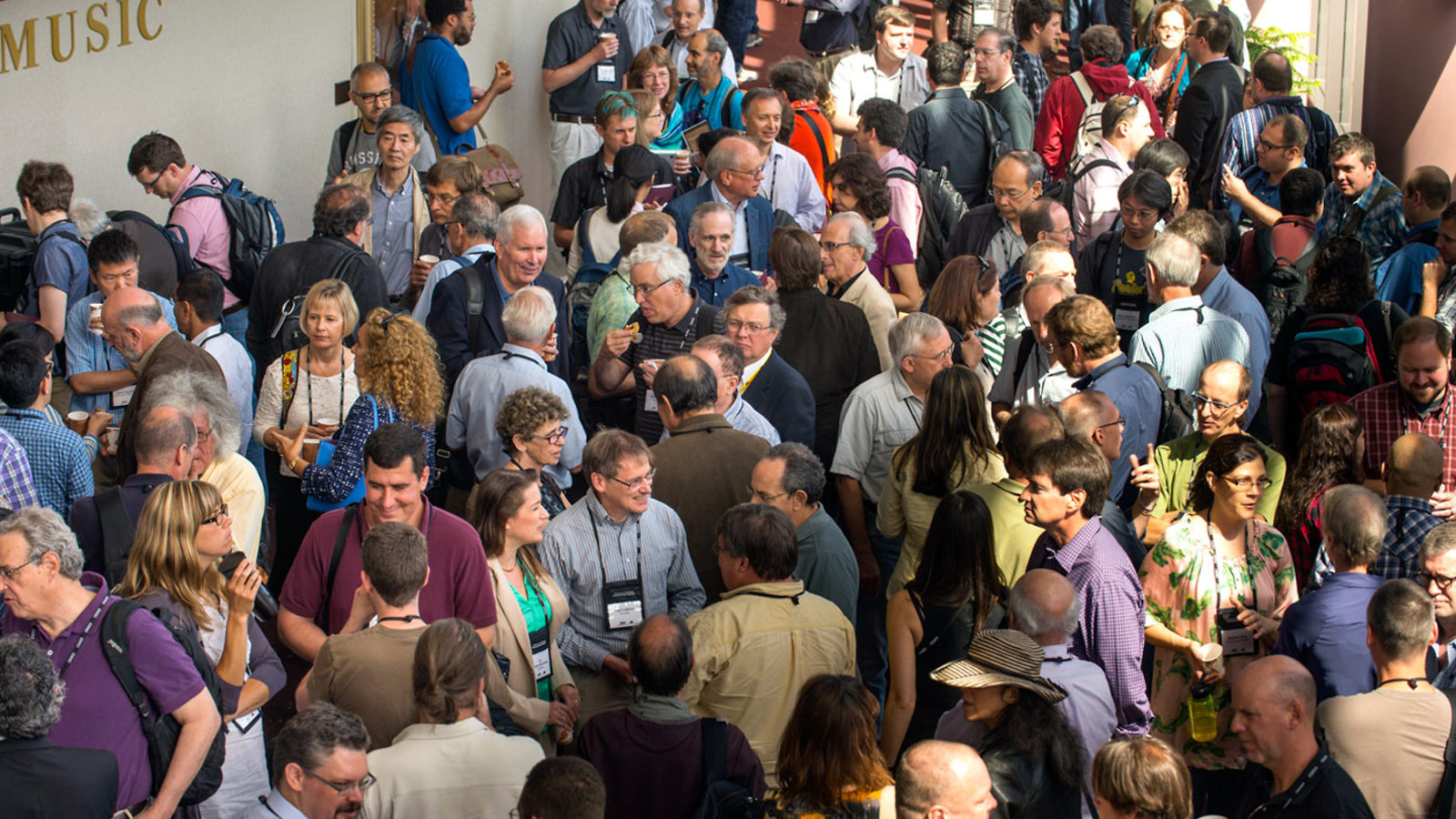 Particle physics has made huge advances in the past few decades. Forty years ago, the Standard Model of particle physics, which identifies the building blocks of matter and describes the interactions that bind them, was just in its infancy. Today, it’s a very successful model of how all the visible matter in the universe works.

“Yet there are, right now, great opportunities for great discoveries,” Purdue University physics professor Ian Shipsey said at a major particle physics meeting in Minneapolis this week. "There are still many fundamental questions unanswered by the Standard Model. These relate both to the ingredients of the Standard Model—especially the Higgs particle and neutrinos—and to the 95 percent of the universe that’s made up of the mysterious stuff we call dark matter and dark energy: stuff that's not in the Standard Model at all.

“As Sir Isaac Newton said, ‘what we know is a droplet; what we don’t know is an ocean.’ It’s our ocean to find.”

To chart the most efficient path toward exploring that ocean and answering fundamental questions about the nature of energy, matter, space and time, the particle physics community spent the past nine months carefully analyzing the field's most pressing scientific questions and conducting detailed studies of the future tools and experiments that could answer them. Then, in late July and early August, nearly 700 particle physicists from almost 100 universities and laboratories came together for nine days in a culmination of these efforts.

Nearly 700 particle physicists met to discuss the field's unanswered scientific questions and the tools that could address them.

The final report from this “Snowmass Community Summer Study” meeting, to be published this fall, will make the case for the scientific importance of these questions and the facilities and experiments needed to answer them.

The following provides a flavor of these questions:

• The Higgs particle is unlike any other particle we have ever encountered. Why is it different? Are there more?

• Neutrinos are very light, elusive particles that change their identity as they travel. How do they fit into our understanding of nature?

• The known particles constitute one-sixth of all the matter in the universe. The rest we call dark matter. But what is it? Can we detect these particles in our labs? Are there other undiscovered particles in nature?

• There are four known forces in nature. Are these manifestations of a single unified force? Are there unexpected new forces?

• Are there new hidden dimensions of space and time?

• Both matter and anti-matter were produced in the big bang, but today our world is composed only of matter. Why?

• Why is the expansion of the universe accelerating?

“For millennia, all great societies have asked these types of questions, although usually in plainer language: Where did the world come from, what is it made of, what holds it together and how will it end?” said Shipsey, who is the chair-elect of the Division of Particles and Fields of the American Physical Society, which organized the Snowmass process. “The global high-energy physics program will continue to reveal a cosmos more wonderful than we can possibly imagine.”

Along with input from the US Department of Energy and the National Science Foundation, the Snowmass report will inform the US Particle Physics Project Prioritization Panel as it creates a new strategic plan for future US high-energy physics investments.