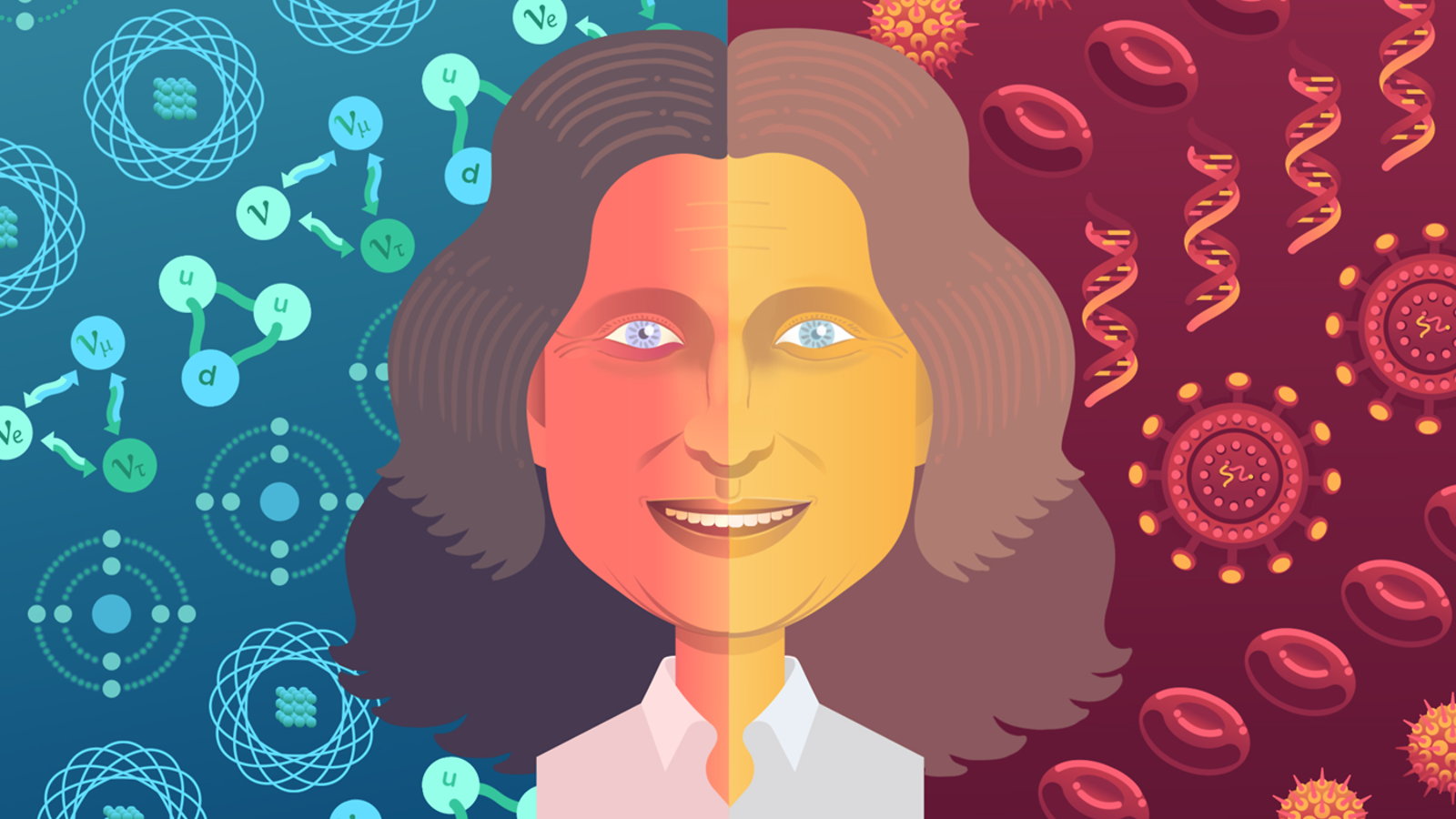 Judy Lieberman was a post-Sputnik child who soaked up science and math and dreamed big.

“We were raised with the notion that we could do anything,” she says of herself and her two sisters.

Anything, in her case, includes making valuable contributions to two radically different fields—first theoretical physics and then medical research.

Lieberman has a PhD in physics from Rockefeller University and worked as a theorist at the prestigious Institute for Advanced Studies in Princeton as well as Fermi National Accelerator Laboratory in the 1970s. She then went on to get an MD from the Harvard-MIT Program in Health, Science and Technology. She currently runs an immunology lab at Boston Children’s Hospital focused on preventing HIV and understanding and treating cancer.

“Because of Judy’s unconventional background—and also because of her natural curiosity, creativity and ability to synthesize concepts from multiple, seemingly unrelated fields—she approaches problems from a different angle than most biomedical researchers,” says Dr. Fred Alt, director of the Program in Cellular and Molecular Medicine, which includes Lieberman’s lab, at Boston Children’s Hospital.

“Over and over again, this has led her to be at the forefront of several conceptual revolutions in molecular immunology, AIDS and cancer biology,” he says.

Back in high school, Lieberman delved into both physics and biology in specialized weekend and summer programs spawned by America’s alarm after Russia launched the first satellite into space in 1957. Modern physics—special relativity, cloud chambers tracing the paths of elementary particles—ignited her curiosity.

In college, she took joint Radcliffe-Harvard physics classes full of men. “Guys would do the problem sets and homework together, and I struggled through alone,” she says.

But her hard work took her far. After studying the Higgs boson in graduate school—“In 1974, we thought the Higgs was just a mathematical construct, not a real particle,” she recollects—Lieberman took a position at the Institute for Advanced Studies, constructing theories of weak interactions and trying to unify general relativity and quantum field theory, a challenge that still has not been solved.

“I loved grappling with physics,” she says.

And although objectively her accomplishments shone, with nine papers in just a few years, she felt dissatisfied. In part, she lacked for collegial company: She was shy and the men she worked with were shy.

To make a crucial difference in the lives of people who were suffering, Lieberman decided to take up her old interest in biology and become a doctor. While working at Fermilab, she attended pre-med classes in her off-hours. Post medical school, during the research part of her immunology fellowship, she worked in an MIT lab that cloned genes from the immune system’s killer T-cells, which could be used to protect mice against certain viruses.

“I wanted to do that for HIV,” she says. “AIDS was a horrible disease. There were no drugs. Everyone died.”

After working in a hospital lab developing immunotherapy for HIV and also practicing as a hematologist, she has spent the last 18 years working in her lab. She became a professor of pediatrics with Harvard Medical School in 2004.

The Lieberman lab works with small pieces of RNA, molecules that match up with genes and can block them from being expressed. In small mammal models, the lab has shown that small RNAs protect against a variety of diseases, including breast cancer and sexually transmitted HIV and herpes. Her group, the first to show that this could be used for disease treatment, is now looking at ways to get small RNAs into specific cells only.

Comparing her two fields, she says, “Theoretical physics is very reductionist; you have to create everything from a few basic equations. Biology is a very complicated system, where you have to extract rules. Physics is more elegant, but I feel I can do more, figure out more neat things, with biology.”