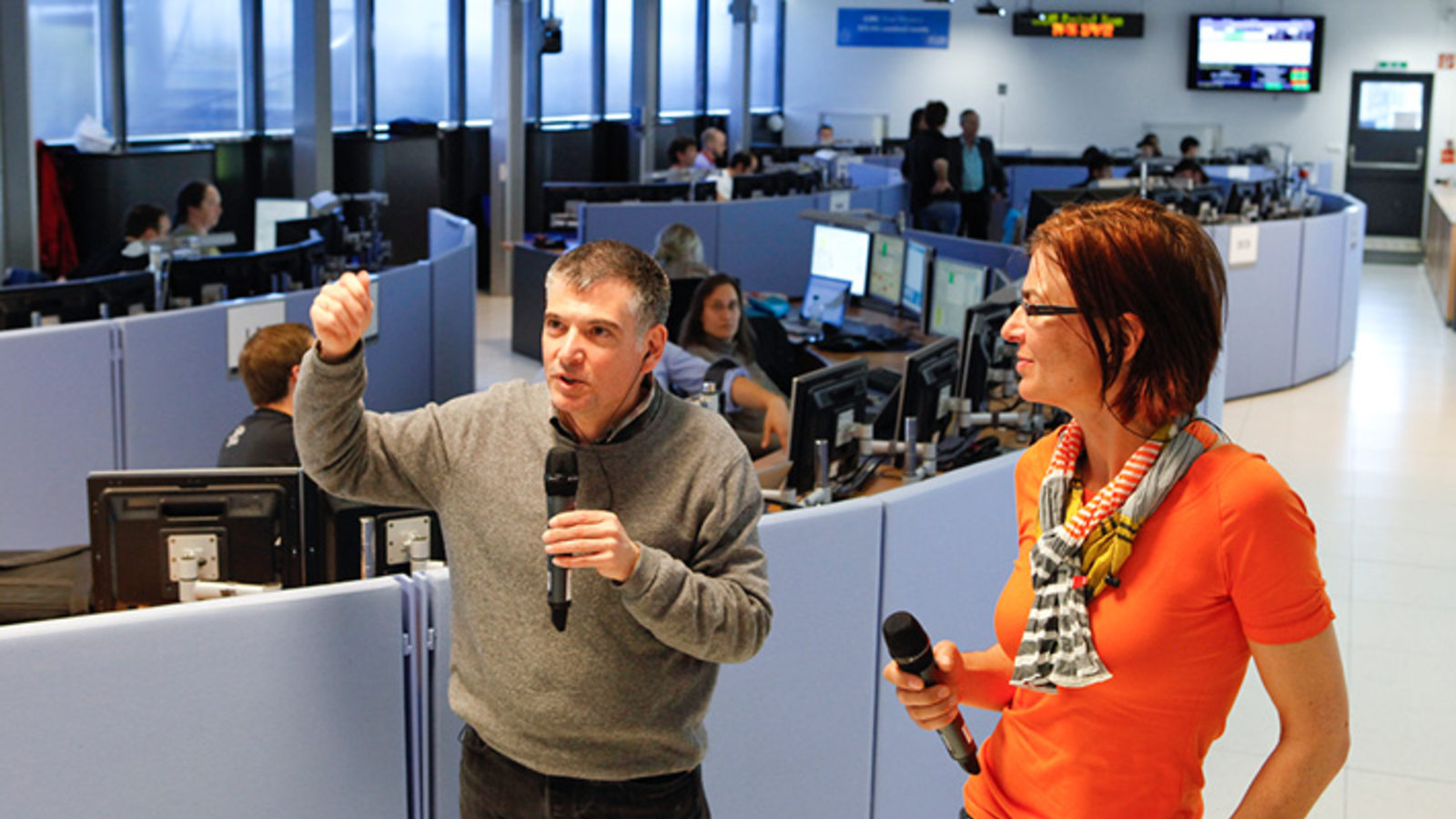 In the control room of ATLAS, one of four major experiments at CERN, glowing computer screens bathe physicists in soft light. Each scientist stares at a group of monitors, supervising collisions of protons in the giant 7000-ton detector buried 80 meters below their feet. It was in these tiny explosions that evidence of a Higgs-like boson recently appeared.

Visitors peer in through a glass wall, studying the researchers in their natural habitat. The physicists don’t take notice of the spectators, nor do they seem to mind the interested guests who have found their way into the room. The scientists hail from different countries and different schools and are at different points in their careers, but they all have one thing in common with those visiting their workplace. They are curious.

“We’re exploring new worlds,” says Steven Goldfarb, outreach and education coordinator for the ATLAS experiment and a physicist from the University of Michigan. “Basic research is a fundamental function of humans—just as we eat, sleep and make babies, we also explore.

In pursuit of some of the most exciting science of our time, the Large Hadron Collider has pushed the boundaries of technology and the scale of science experiments to new extremes.