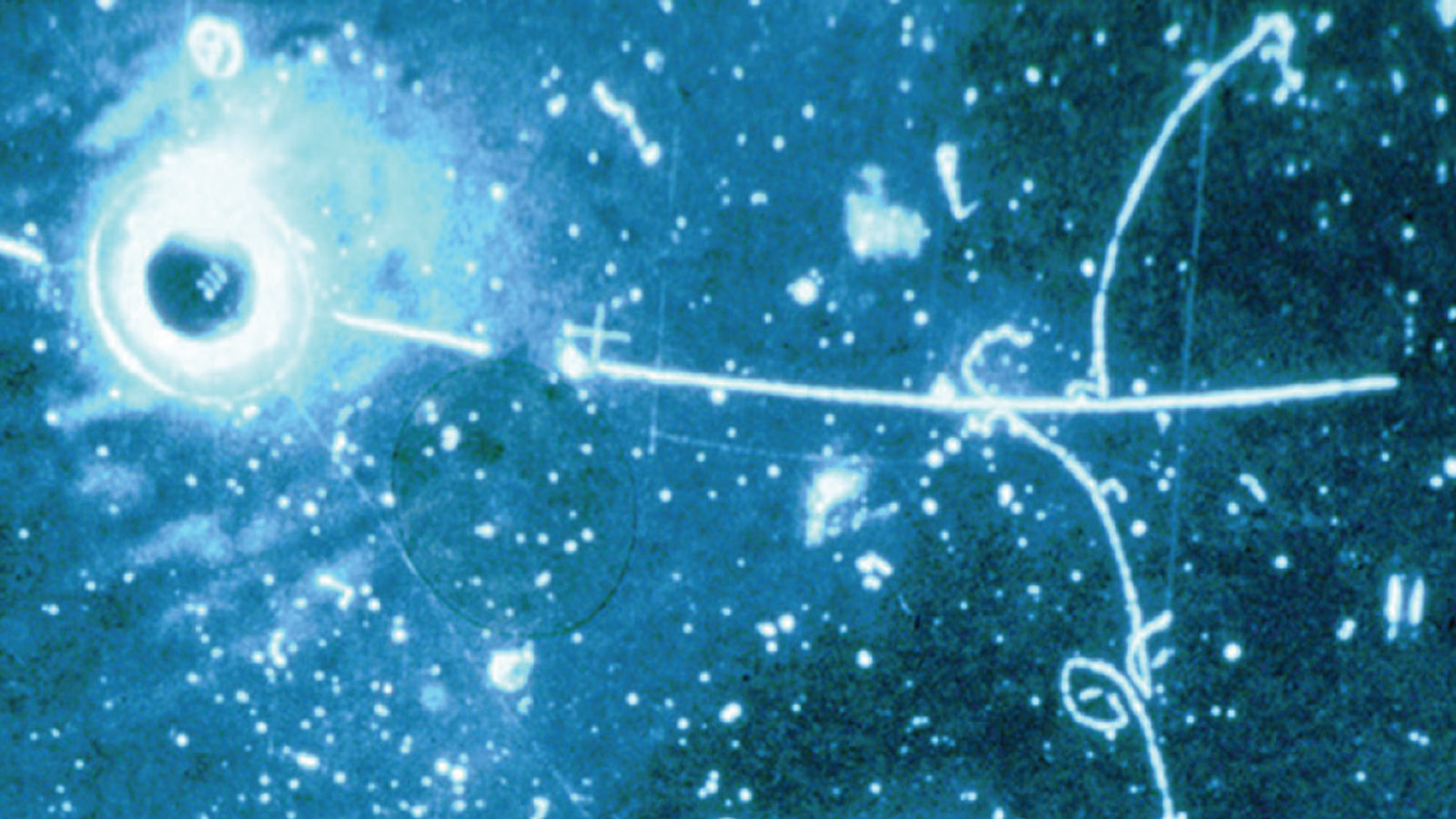 The Gargamelle collaboration at the European laboratory CERN began operating its bubble chamber in the early 1970s, shooting neutrinos through 12,000 liters of Freon, a heavy liquid. Cameras took photos from various angles every time a pulse of neutrinos traversed the five-meter-long bubble chamber.

By the summer of 1973, the collaboration had taken more than 700,000 pictures and had distributed them among the seven participating institutions for processing. An army of workers, most of them women, scanned the film for particle tracksbubbles left in the wake of charged particles. Scientists then classified the tracks and looked for signs of unexpected types of neutrino interactions.

This picture, taken and scanned in 1972, caught the attention of scientists of the analysis group in Aachen, Germany, and word of it soon spread across the entire collaboration. The neutrino, which leaves no track because it has no electric charge, entered the bubble chamber from the bottom of this image and hit an electron.

Unlike all other neutrino events seen before, this collision did not transform the incoming neutrino into another type of particle. Instead the neutrino remained a neutrino after hitting the electron and propelling it forward, slightly to the left. Moving through the liquid, the electron slowed down and emitted light, known as bremsstrahlung. This light, in turn, created the electron-positron pairs visible in the photo, making the initial electron easily identifiable.

So why did scientists get excited? For a long time, physicists had thought that neutrino interactions would always change the nature of the interacting neutrinos. Those processes, which involve the weak force, are called charged-current interactions, because they are mediated by W bosons with either a positive or negative charge. But in the late 1960s and early 1970s, a group of theorists developed a new mathematical description for neutrino interactions that required neutrinos to interact weakly through a neutral current, as well. This interaction would be mediated by the exchange of a particle without electric charge, later named the Z boson.

Subsequent results from the Gargamelle experiment firmly established the existence of the weak neutral current. The September 3, 1973 issue of Physics Letters featured two back-to-back papers by the Gargamelle collaboration, one on neutral-current interactions based on the electron event shown here, the other on neutral-current interactions of neutrinos with nuclei. In 1974, the E1A experiment at Fermi National Accelerator Laboratory in the United States confirmed the discovery. The mathematical framework that predicted the weak neutral current became known as the Standard Model of particles and their interactions. 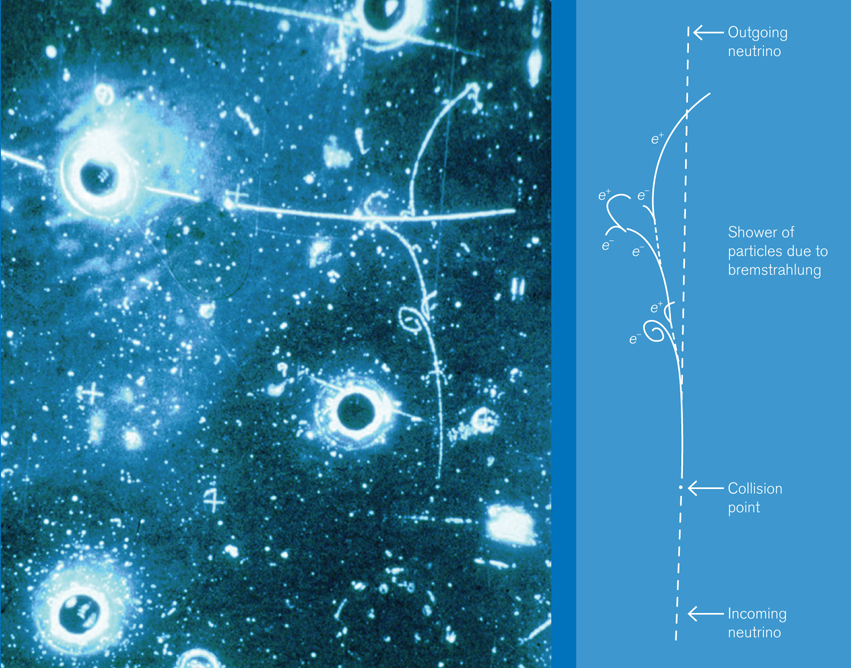