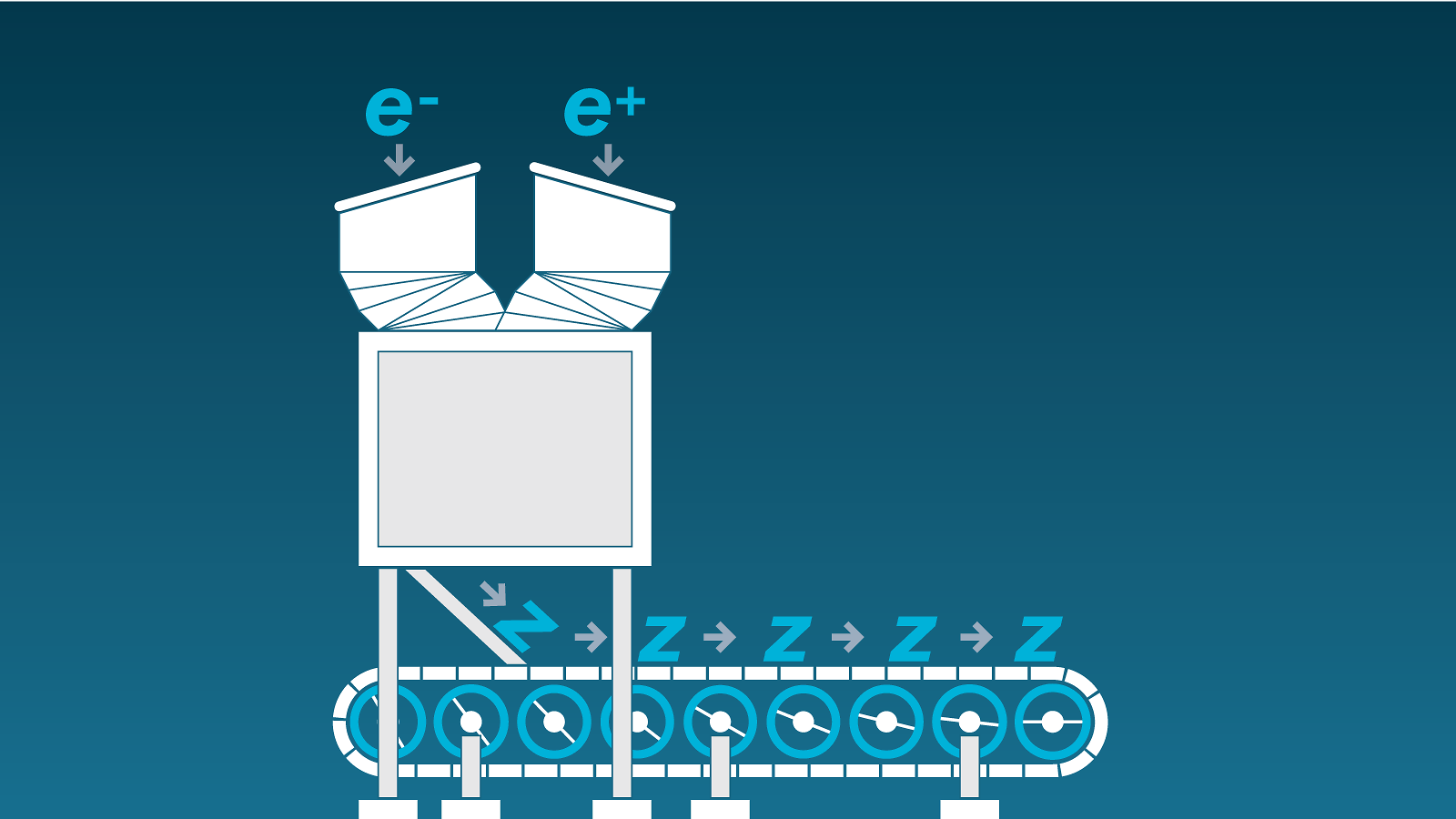 The Z boson is a heavy particle that is one of the carriers of the weak force. It is a partner of the W+ and W- bosons that mediate radioactive decay processes.

The Z boson was first discovered as an intermediary of a new type of neutrino reaction. This so-called “neutral current interaction” was the missing piece of a puzzle in which the forces created by the W bosons fit together neatly with the force of electromagnetism, due to the photon. Together, these four particles create the forces that form a beautifully unified theory of electroweak interactions.

In the 1990s, accelerators at the Stanford Linear Accelerator Center and CERN produced 12 million of these Z bosons in a controlled setting and studied the decays of the Z in great detail. The Z decays to pairs of all types of quarks and leptons, except for the heavy top quark.

These experiments made high precision tests of the electroweak theory and the properties of quarks and leptons. Quarks produced from the Z radiate gluons, and so these experiments also give some of the highest-precision information about the carrier of the strong interactions.