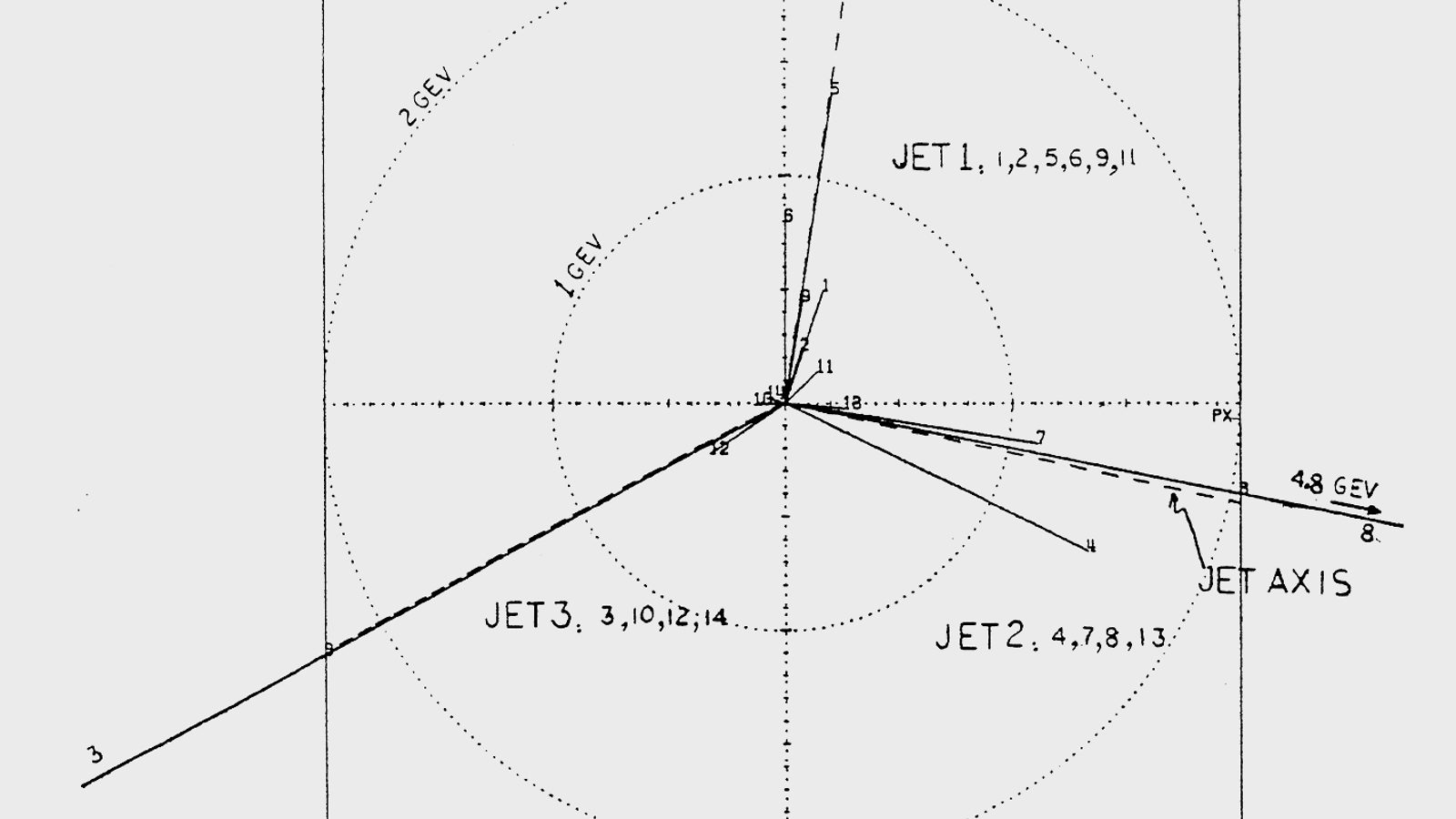 This collision event recorded in 1979, provided the first evidence of the gluon, the carrier of the strong nuclear force. Recorded as event 13177 of run 447 of the TASSO experiment at the Deutsches Elektronen-Synchrotron (DESY), the graphic shows three jets of particles produced in an electron-positron collision.

At the time of this measurement, electron-positron experiments regularly observed two-jet events. They indicate the annihilation of the two incoming particles and the subsequent creation of a quark and an antiquark, both of which result in particle jets. If the energy of the collision is sufficiently large, either the quark or the antiquark can emit excess energy in form of a gluon, which also produces a particle jet in the same plane as the two other jets. Only at high energies, the gluon jet appears as a distinct third jet.

Physicists Sau Lan Wu and Georg “Haimo” Zobernig developed and programmed a method to search for such planar three-jet events among the TASSO data. At low collision energies, their searches produced no results. But when DESY’s PETRA accelerator began to produce collisions at 27.4 GeV, they succeeded. A week later, Bjørn Wiik presented this first event on behalf of the TASSO collaboration at a physics conference in Bergen, Norway. Shortly thereafter, on June 26, 1979, Wu and Zobernig distributed the above figure in their internal TASSO Note No. 84. 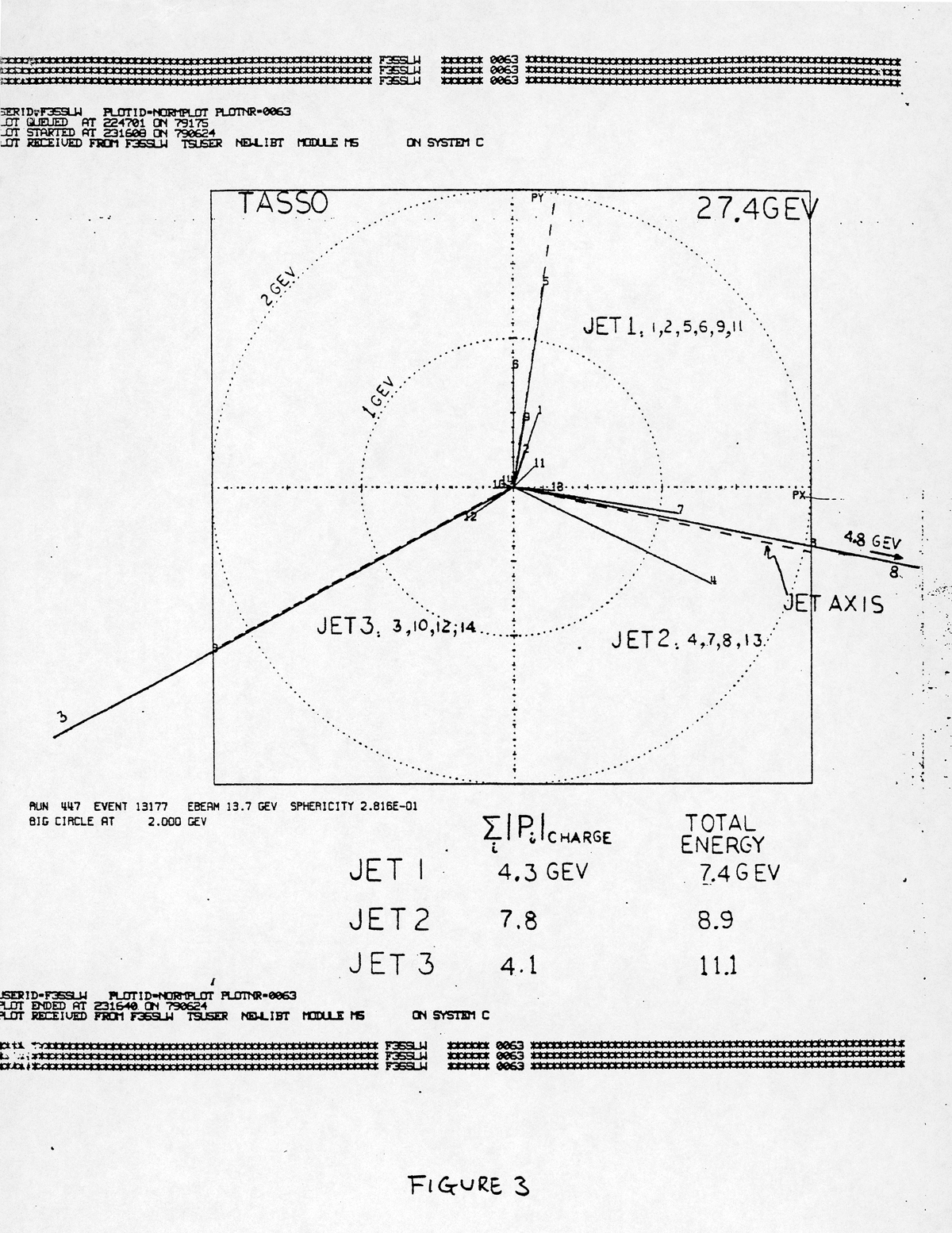