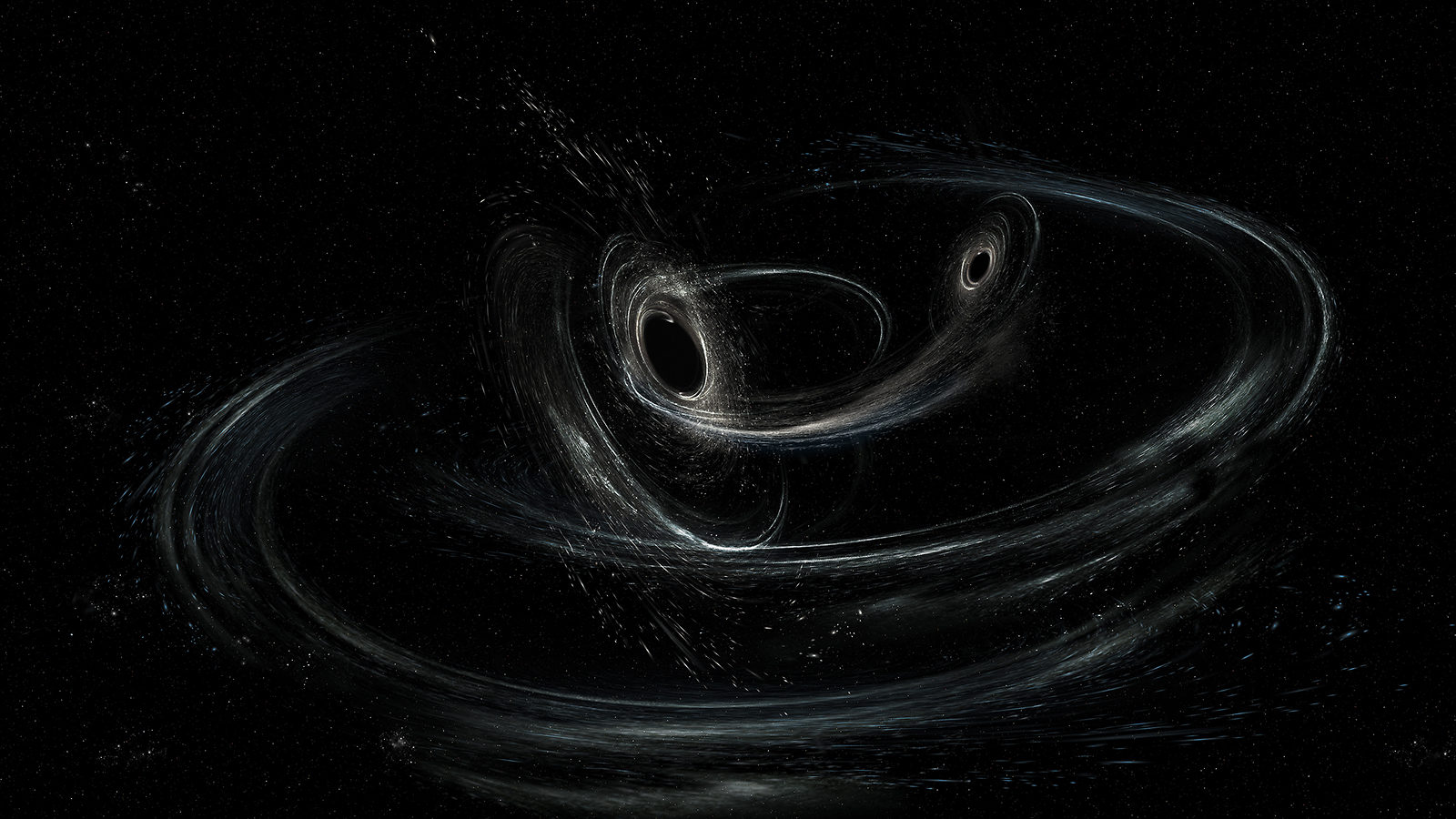 For the third time, the LIGO and Virgo collaborations have announced directly detecting the merger of black holes many times the mass of our sun. In the process, they put general relativity to the test.

On January 4, the twin detectors of the Laser Interferometer Gravitational-Wave Observatory stretched and squeezed ever so slightly, breaking the symmetry between the motions of two sets of laser beams. This barely perceptible shiver, lasting a fraction of a second, was the consequence of a catastrophic event: About 3 billion light-years away, a pair of spinning black holes with a combined mass about 49 times that of our sun sank together into a single entity.

The merger produced more power than is radiated as light by the entire contents of the universe at any given time. “These are the most powerful astronomical events witnessed by human beings,” says Caltech scientist Mike Landry, head of the LIGO Hanford Observatory.

When the black holes merged, about two times the mass of the sun converted into energy and released in the form of ripples in the fabric of existence. These were gravitational waves, predicted by Albert Einstein’s theory of general relativity a century ago and first detected by LIGO in 2015.

“Gravitational waves are distortions in the medium that we live in,” Landry says. “Normally we don’t think of the nothing of space as having any properties of all. It’s counterintuitive to think it could expand or contract or vibrate.”

It was not a given that LIGO would be listening when the signal from the black holes arrived. “The machines don’t run 24-7,” says LIGO research engineer Brian Lantz of Stanford University. The list of distractions that can sabotage the stillness the detectors need includes earthquakes, wind, technical trouble, moving nitrogen tanks, mowing grass, harvesting trees and fires.

When the gravitational waves from the colliding black holes reached Earth in January, the LIGO detectors happened to be coming back online after a holiday break. The system that alerts scientists to possible detections wasn’t even fully back in service yet, but a scientist in Germany was poring over the data anyway.

“He woke us up in the middle of the night,” says MIT scientist David Shoemaker, newly elected spokesperson of the LIGO Scientific Collaboration, a body of more than 1000 scientists who perform LIGO research together with the European-based Virgo Collaboration.

The signal turned out to be worth getting out of bed for. “This clearly establishes a new population of black holes not known before LIGO discovered them,” says LIGO scientist Bangalore Sathyaprakash of Penn State and Cardiff University.

The merging black holes were more than twice as distant as the two pairs that LIGO previously detected, which were located 1.3 and 1.4 billion light-years away. This provided the best test yet of a second prediction of general relativity: gravitons without any mass.

General relativity predicts that, like photons, gravitons should have no mass, which means they should travel at the speed of light. However, if gravitons did have mass, they would travel at different speeds, depending on their energy.

As merging black holes spiral closer and closer together, they move at a faster and faster pace. If gravitons had no mass, this change would not faze them; they would uniformly obey the same speed limit as they traveled away from the event. But if gravitons did have mass, some of the gravitons produced would travel faster than others. The gravitational waves that arrived at the LIGO detectors would be distorted.

“That would mean general relativity is wrong,” says Stanford University Professor Emeritus Bob Wagoner. “Any one observation can kill a theory.”

LIGO scientists’ observations matched the first scenario, putting a new upper limit on the mass of the graviton—and letting general relativity live another day. “I wouldn’t bet against it, frankly,” Wagoner says.

Like a pair of circling black holes, research at LIGO seems to be picking up speed. Collaboration members continue to make improvements to their detectors. Soon the complementary Virgo detector is expected to come online in Italy, and in 2024 another LIGO detector is scheduled to start up in India. Scientists hope to eventually see new events as often as once per day, accumulating a pool of data with which to make new discoveries about the goings-on of our universe.