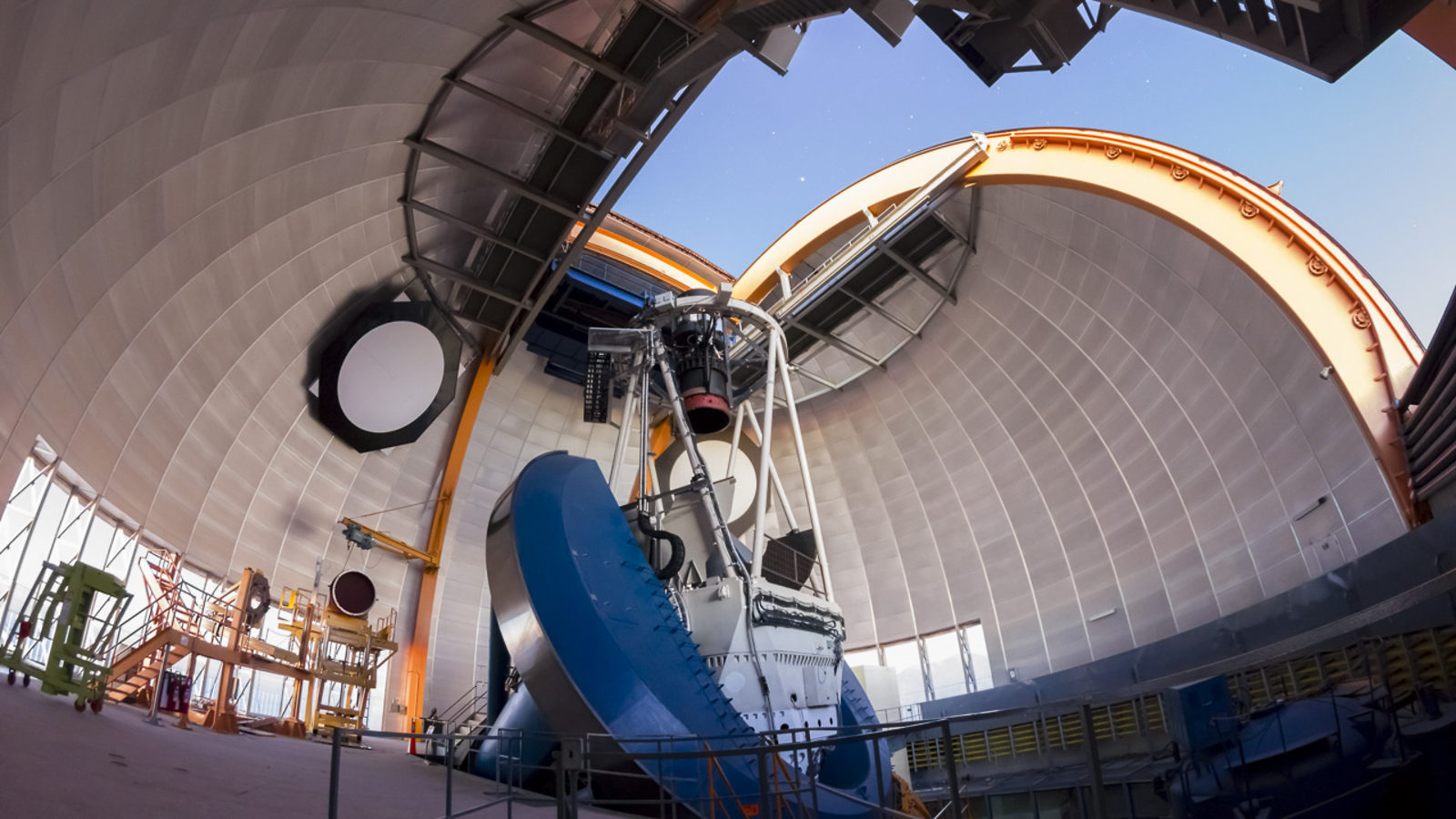 Astronomer Daniel Kelson is part of a team working to answer an intriguing question about our universe: Why are fewer and fewer stars being created over time? He’s been collecting data for years, but one piece of the puzzle eluded him.

That is, until December of last year, when he spent two nights in Chile observing the sky with the new Dark Energy Camera. Kelson came away from his observing session with the information he needed to complete his research, and with a healthy dose of respect for what he calls the “super camera,” installed at the southern hemisphere station of the US National Optical Astronomy Observatory.

“It was beautiful to use,” Kelson says. “It’s impressive that the various teams could come together and make such a phenomenal camera.”

He’s not alone in his appreciation.

The 570-megapixel Dark Energy Camera—the world’s most powerful digital imaging device, built at Fermilab and installed on the Blanco 4-meter telescope at the Cerro Tololo Inter-American Observatory in Chile—was constructed for the Dark Energy Survey, a five-year effort to map a portion of the southern sky in unprecedented detail. Since the camera was turned on in November, the DES has spent 50 nights completing the science verification phase of the experiment.

When DES members are not operating the camera, it’s available for other astronomers like Kelson to use. Since last December, 19 other groups of scientists from institutions including Harvard, the University of Virginia and the University of California at Berkeley have signed up for nights with the Dark Energy Camera. Some teams searched for asteroids while some examined the properties of galaxies.

David Silva, Director of the National Optical Astronomy Observatory, has been pleased with the camera’s ability to tackle a wide range of astronomical problems of pressing interest to US astronomers.

“After almost a decade of anticipation, it has been extremely gratifying to see the diversity of astronomical research problems being enthusiastically investigated so early in the lifetime of a major new instrument by astronomers from the US and abroad,” Silva says.

Kelson, who has been with the Carnegie Observatories in Pasadena since 2000, is interested in the evolution of galaxies. Specifically, his research probes whether there is something about galaxies themselves, or their environments, that can account for the reduction in new stars over the past 10 billion years.

“To understand the process, we collected spectra for a couple hundred thousand galaxies over the last several years,” he says. “We hope to understand how the evolving galaxy environments affect changes in star formation.”

Kelson’s research group targeted three specific areas of the sky, thinking that good optical images had been taken in all three. But two of the fields, he said, had not been photographed in the detail required. So he and five other Carnegie Institution scientists used the Dark Energy Camera in December to take the images they needed.

The camera was still in the commissioning phase, in what is called “shared risk time.” Using a complex piece of machinery during shared risk time, Kelson says, often leads to glitches, crashes and other setbacks as the devices are fine-tuned. But, he says, his time with the Dark Energy Camera was smooth.

“It was impressive that it worked so well so early,” he says. “It didn’t crash on me once, and it worked beautifully.”

Anja von der Linden had a similar experience. An astronomer with the Kavli Institute for Particle Astrophysics and Cosmology at SLAC and Stanford, von der Linden spent 10 nights with the camera at the end of January and the beginning of February measuring the masses of clusters of galaxies.

Von der Linden's team used a technique called weak gravitational lensing, one of the specialties of the Dark Energy Camera. The camera can capture quality images over a large field of view, allowing astronomers to observe many galaxies at once, measuring their distortion due to lensing effects of foreground clusters.

“The camera has been working great. It is certainly set up to make observing very efficient,” she says, praising the camera’s auxiliary charged coupled devices, which aid in focusing the telescope, and its on-the-fly image processing, allowing users to quickly estimate the quality of the picture being taken.

She noted one of the many tweaks still being made to the camera and the telescope during her time there—a new chiller to cool down the mirror during the day, to prevent the slight “washing out” of the images partially due to temperature changes in the mirror.

Von der Linden’s team shared observation nights with the Dark Energy Survey, and she says the collaboration members were extremely helpful to her before, during and after her observation time.

“I have asked many DES members many questions, and they have been extremely forthcoming in providing insights,” she says.

Community time with the Dark Energy Camera is booked through mid-March, when the observation season ends. The Dark Energy Survey will officially begin in September 2013 and will spend 525 nights over the next five years searching for the secrets behind dark energy.

And during the other 400 or so nights, when the astrophysics community gets to use the camera for other experiments, who knows what wonders will be discovered?