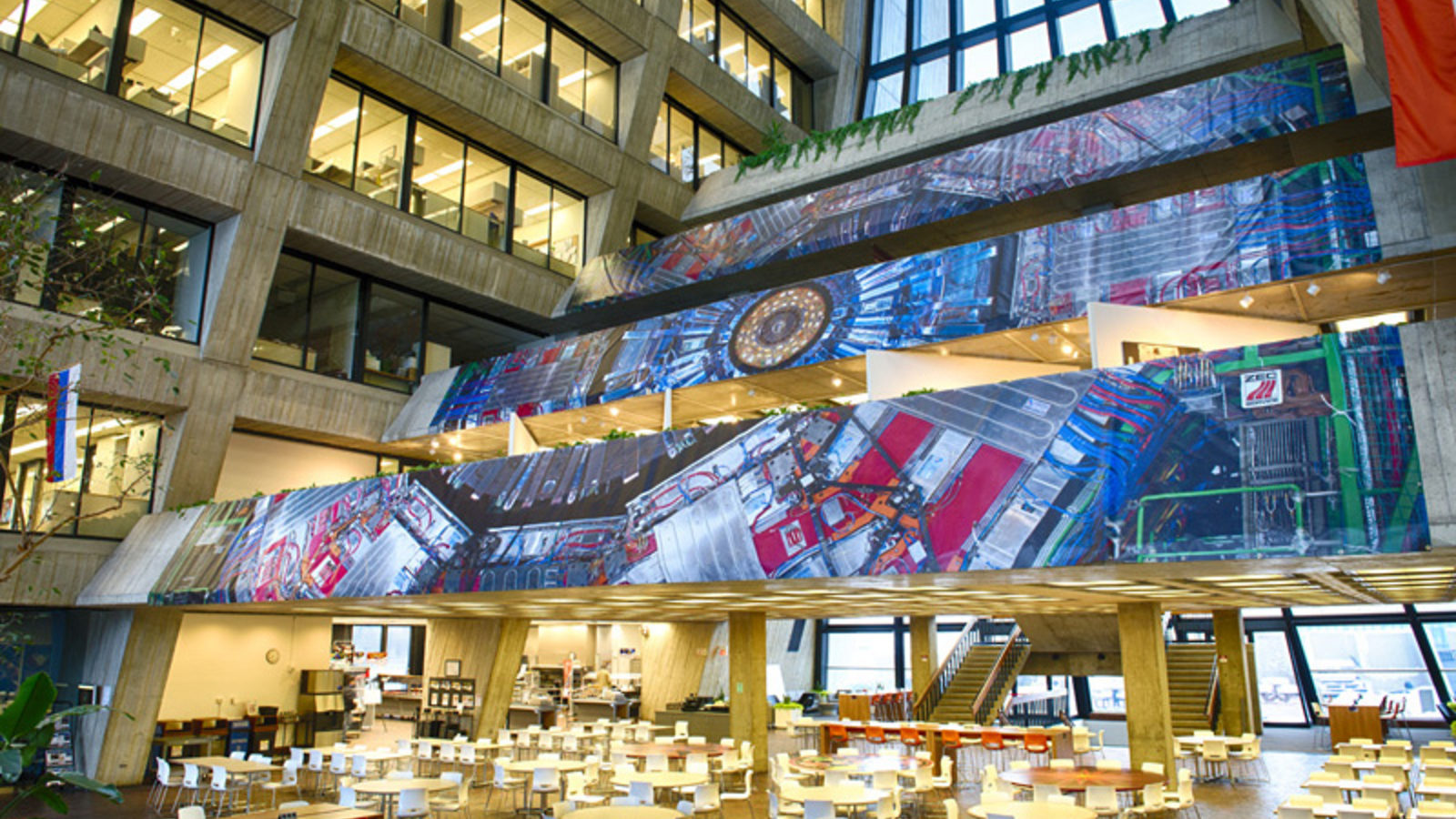 For many, the aspects of research at the Large Hadron Collider that inspire wonder are the very same that cast it as intellectually remote: ambitious aims about understanding our universe, a giant circular machine in the European underground, mammoth detectors that tower over us like cathedrals.

The power of art lies in the way it bridges the gap between wonder and understanding, says particle physicist and artist Michael Hoch, founder and driving force behind the outreach initiative Art@CMS. Through the creation and consumption of art inspired by the CMS experiment at the LHC, the public and scientific community approach each other in novel ways, allowing one party to better relate to the other and demystifying the science in the process.

“Art can transport information, but it has an additional layer—a way of allowing human beings to get in touch with each other,” says Hoch, who has worked as a scientist on CMS since 2007. “It can reach people who might not be interested in a typical science presentation. They might not feel smart enough, they might be afraid to be wrong. But with art, you cannot be wrong. It’s a personal reflection.”

As the hub for the United States’ participation in the CMS experiment, Fermilab, located outside Chicago, is currently showing the Art@CMS exhibit in the Fermilab Art Gallery. Organized by Fermilab Art Gallery curator Georgia Schwender, the exhibit coincides with the restart of the LHC, which recently fired up again after a two-year break for upgrades. The exhibit is not only a celebration of the LHC restart, it also aims to create connections between artists and CMS physicists in the United States.

Each artist in the Fermilab exhibit collaborated with a CMS scientist in researching his or her work. Emphasizing the collaborative nature of the exhibit, the artwork title cards display both the name of the artist and the collaborating scientist. Drawing on their interactions, the artists created pieces that invite the viewer to see the experiment—the science, the instruments and the people behind it—with new eyes.

Likewise, scientists get a chance to see how others view their search through unfathomably tiny shards of matter to solve the universe’s mysteries.

“We work with creative people who come up with creative products that as scientists we may never have thought of, expressing our topic in a new way,” Hoch says. “If we can work with people to create different viewpoints on our topic, then we gain a lot.”

That spirit extends to young art students in Fermilab’s backyard. During one intense day at Fermilab in February, Hoch interacted with students from four local high schools. As part of this student outreach effort, called Science&Art@School, the students also learned from Fermilab scientists about what it’s like to work in the world of particle physics and about their own paintings and photographs. And with artist participants in the exhibit, students discussed translating hard-to-picture phenomena into something tangible.

The students were then given an assignment: Create a piece of art based on what they learned about Fermilab and CMS.

“It was an amazing opportunity. Students were able to push themselves in ways they hadn’t before due to CMS’s generous contribution of funds for art supplies,” she says. “It was intense from the word ‘go.’”

The students’ work sessions resulted in a display of artwork at Water Street Studios in the nearby town of Batavia, Illinois.

“Their artwork reveals not just an abstract understanding—there’s a human dimension,” Teichert says. “They portray how physics resonates with their lives. There’s warmth and thoughtfulness there, and the connections they made were very interesting.”

Student Brandon Shimkus created a cube-shaped sculpture in which each side represents a different area of particle physics, from those we understand well to those for which we have some information but don’t fully grasp, such as dark matter.

“We were given so much information about things we never think about in that kind of way—and then we had to get our information together and make or paint something,” Shimkus says. “It was a challenge to create these things based on ideas you could barely understand on your own—but a fun challenge. If I could do it again, I would, hundreds of times.”

Science&Art@School has hosted 10 workshops, and the Art@CMS exhibit has shown at 25 venues around the world. The programs benefit from the fact that the CMS detector itself—a four-story-high device of intricate symmetry—is as visually fetching as it is a technological masterpiece. A life-size picture of the instrument by Hoch and CERN photographer Maximilien Brice is the centerpiece of Fermilab’s Art@CMS exhibit.

“Enlarging our CMS collaboration with art institutions and engaging artists, we gain a few points for free,” Hoch says. “And we want to fascinate the students with what we’re doing because this concerns them. They can open their eyes and see what we’re doing here is not just something far away—it’s taking place here in their neighborhood. And they are the next generation of us.”