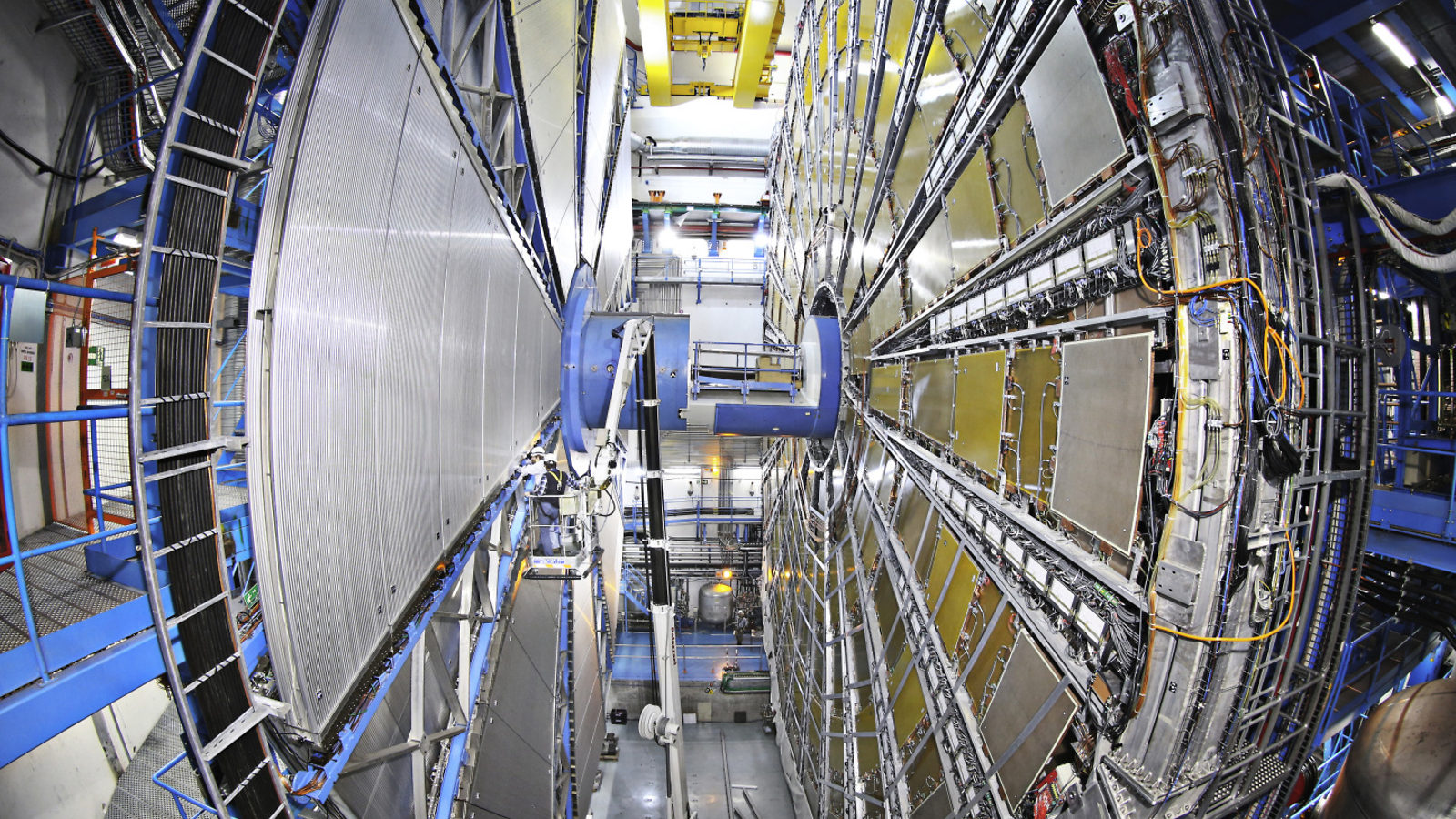 One of the big questions scientists are asking with experiments at the Large Hadron Collider is this: Does every fundamental particle we know about have a hidden partner that we have yet to meet?

A popular set of theories predict that they do.

The first run of the LHC came and went without any of these partner particles turning up. But a recent paper shows that the real test of the theories that predict their existence could happen during the next run, when particles will collide at higher energies than ever before.

These theoretical partner particles come from the idea of Supersymmetry, or SUSY, a mathematical framework developed over the past 40 years that could answers questions such as: Are all of the forces we know just parts of a single, unified force? How is the Higgs boson so light? What is dark matter? Is the world made up of the tiny, vibrating strings described by string theory?

A key aspect of SUSY is that each of the dozens of particles in the Standard Model of particle physics must have a partner, called a superparticle or sparticle. Scientists think all of these sparticles must ultimately decay into a light, stable particle. If they are light enough, supersymmetric particles that interact through the strong force, such as supersymmetric quarks (squarks) or supersymmetric gluons (gluinos), could be produced at large rates at the LHC.

There are many different manifestations of Supersymmetry, explains theorist JoAnne Hewett of SLAC National Accelerator Laboratory. A subset of them are known as “natural” theories. That is, they could answer many of the questions above. Their lightest sparticle could be the dark matter particle. The math could work out for all of the forces to have come from a single origin. They could help explain the mass of the Higgs boson.

Data from the LHC’s first run, from 2010 to 2013, snuffed out any hope that the simplest natural version of SUSY exists.

“But, there are millions of possible models consistent with natural Supersymmetry that have not been explored,” says Hewett’s advisee, Stanford graduate student Matthew Cahill-Rowley.

According to a paper they worked on together with two other physicists, the second run of the LHC will investigate nearly all of them.

Supersymmetry is enormously complex. Even its minimal form involves more than 100 independent parameters. To deal with this, theorists have over the years proposed several higher-level conditions that simplify the theory and reduce the number of parameters. These theories can predict ranges of possible masses for sparticles that might turn up at the LHC. 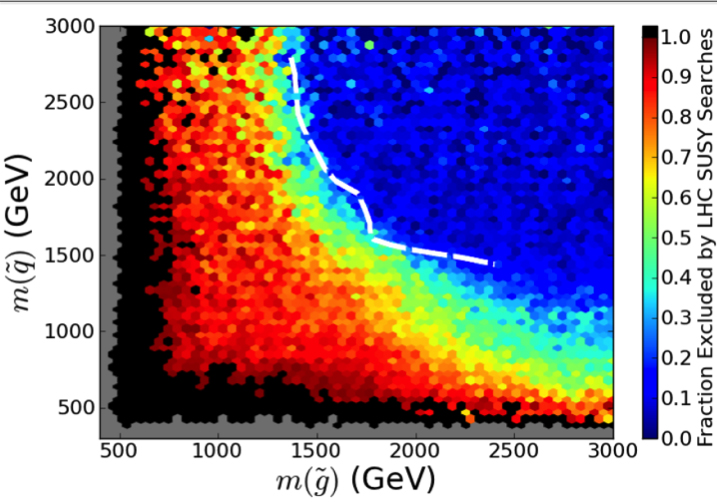 The figure above shows a plot of some 300,000 more complex SUSY models, identified by their squark and gluino masses on the vertical and horizontal axes, respectively. Colors indicate the fraction that have already been excluded by experiments at the LHC. Darker colors indicate a higher fraction excluded. Regions that are black have been totally ruled out.

Any points lying below and to the left of the dashed white line represent models that, in SUSY’s most simplified version, are excluded by the LHC. 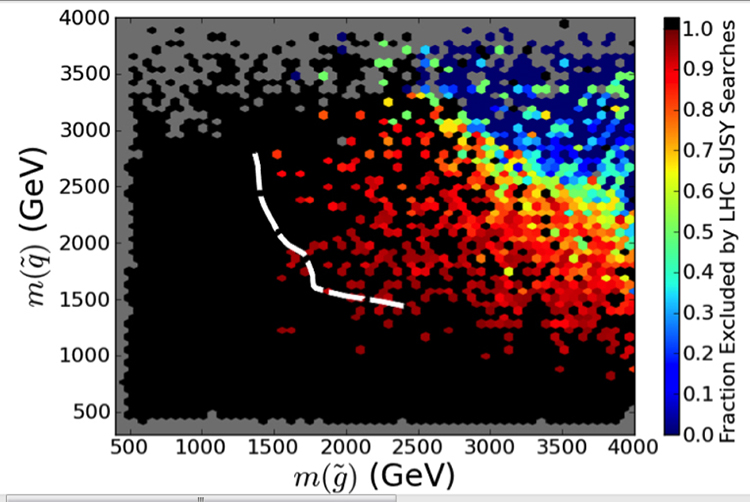 A second image shows which regions can be discovered or ruled out in the second run of the LHC. Almost every natural SUSY theory falls into that category.

SUSY may be too complicated to ever truly rule out. But if it doesn’t turn up at the LHC in the next run, it’s not quite the SUSY scientists were looking for.