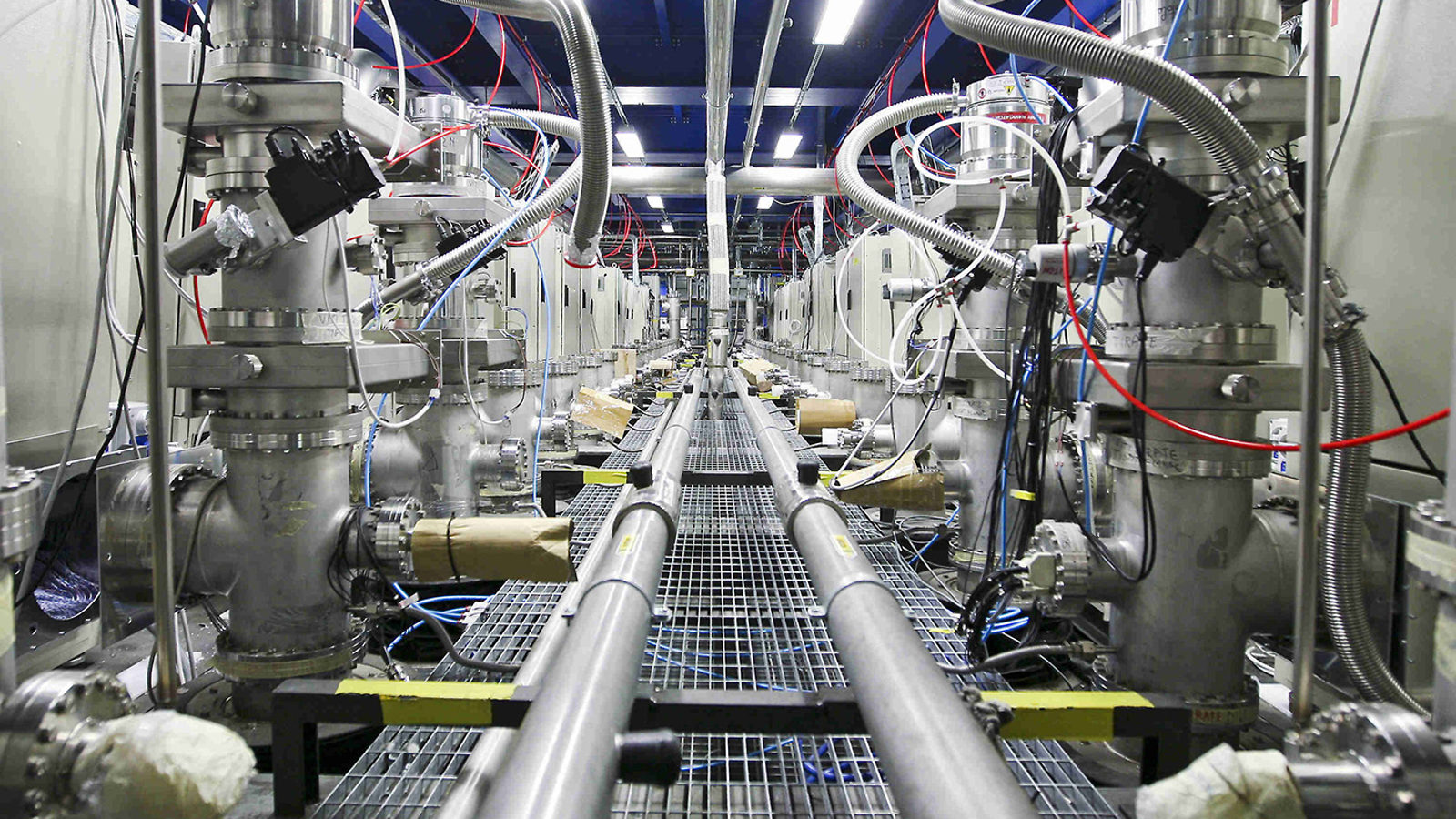 Mysterious particles called neutrinos seem to come in three varieties. However, peculiar findings in experiments over the past two decades make scientists wonder if a fourth is lurking just out of sight.

To help solve this mystery, a group of scientists spearheaded by Nobel laureate Carlo Rubbia plans to bring ICARUS, the world’s largest liquid-argon neutrino detector, across the Atlantic Ocean to the United States. The detector is currently being refurbished at CERN, where it is the first beneficiary of a new test facility for neutrino detectors.

Neutrinos are some of the most abundant and yet also most mysterious particles in the universe. They have tiny masses, but no one is sure why—or where those masses come from. They interact so rarely that they can pass through the entire Earth as if it weren’t there. They oscillate from one type to another, so that even if you start out with one kind of neutrino, it might change to another kind by the time you detect it.

Many theories in particle physics predict the existence of a sterile neutrino, which would behave differently from the three known types of neutrino.

“Finding a fourth type of neutrinos would change the whole picture we’re trying to address with current and future experiments,” says Peter Wilson, a scientist at Fermi National Accelerator Laboratory.

The Program Advisory Committee at Fermilab recently endorsed a plan, managed by Wilson, to place a suite of three detectors in a neutrino beam at the laboratory to study neutrinos—and determine whether sterile neutrinos exist.

Over the last 20 years, experiments have seen clues pointing to the possible existence of sterile neutrinos. Their influence may have caused two different types of unexpected neutrino behavior seen at the Liquid Scintillator Neutrino Detector experiment at Los Alamos National Laboratory in New Mexico and the MiniBooNE experiment at Fermilab.

Both experiments saw indications that a surprisingly large number of neutrinos may be morphing from one kind to another a short distance from a neutrino source. The existence of a fourth type of neutrino could encourage this fast transition.

The new three-detector formation at Fermilab could provide the answer to this mystery.

In the suite of experiments, a 260-ton detector called Short Baseline Neutrino Detector will sit closest to the source of the beam, so close that it will be able to detect the neutrinos before they’ve had a chance to change from one type into another. This will give scientists a baseline to compare with results from the other two detectors. SBND is under construction by a team of scientists and engineers from universities in the United Kingdom, the United States and Switzerland, working with several national laboratories in Europe and the US.

The SBND detector will be filled with liquid argon, which gives off flashes of light when other particles pass through it.

“Liquid argon is an extremely exciting technology to make precision measurements with neutrinos,” says University of Manchester physicist Stefan Soldner-Rembold, who leads the UK project building a large section of the detector. “It’s the technology we’ll be using for the next 20 to 30 years of neutrino research.”

Farther from the beam will be the existing 170-ton MicroBooNE detector, which is complete and will begin operation at Fermilab this year. The MicroBooNE detector was designed to find out whether the excess of particles seen by MiniBooNE was caused by a new type of neutrino or a new type of background. Identifying either would have major implications for future neutrino experiments.

Finally, farthest from the beam would be a liquid-argon detector more than four times the size of MicroBooNE. The 760-ton detector was used in the ICARUS experiment, which studied neutrino oscillations at Gran Sasso Laboratory in Italy using a beam of neutrinos produced at CERN from 2010 to 2014.

Its original beam at CERN is not optimized for the next stage of the sterile neutrino search. “The Fermilab beamline is the only game in town for this type of experiment,” says physicist Steve Brice, deputy head of Fermilab’s Neutrino Division.

And the ICARUS detector “is the best detector in the world to detect this kind of particle,” says Alberto Scaramelli, the former technical director of Gran Sasso National Laboratory. “We should use it.”

Rubbia, who initiated construction of ICARUS and leads the ICARUS collaboration, proposed bringing the detector to Fermilab in August 2013. Since then, the ICARUS, MicroBooNE and SBND groups have banded together to create the current proposal. The updated plan received approval from the Fermilab Program Advisory Committee in February.

“The end product was really great because it went through the full scrutiny of three different collaborations,” says MicroBooNE co-leader Sam Zeller. “The detectors all have complementary strengths.”

In December, scientists shipped the ICARUS detector from the Gran Sasso laboratory to CERN, where it is currently undergoing upgrades. The three-detector short-baseline neutrino program at Fermilab is scheduled to begin operation in 2018.