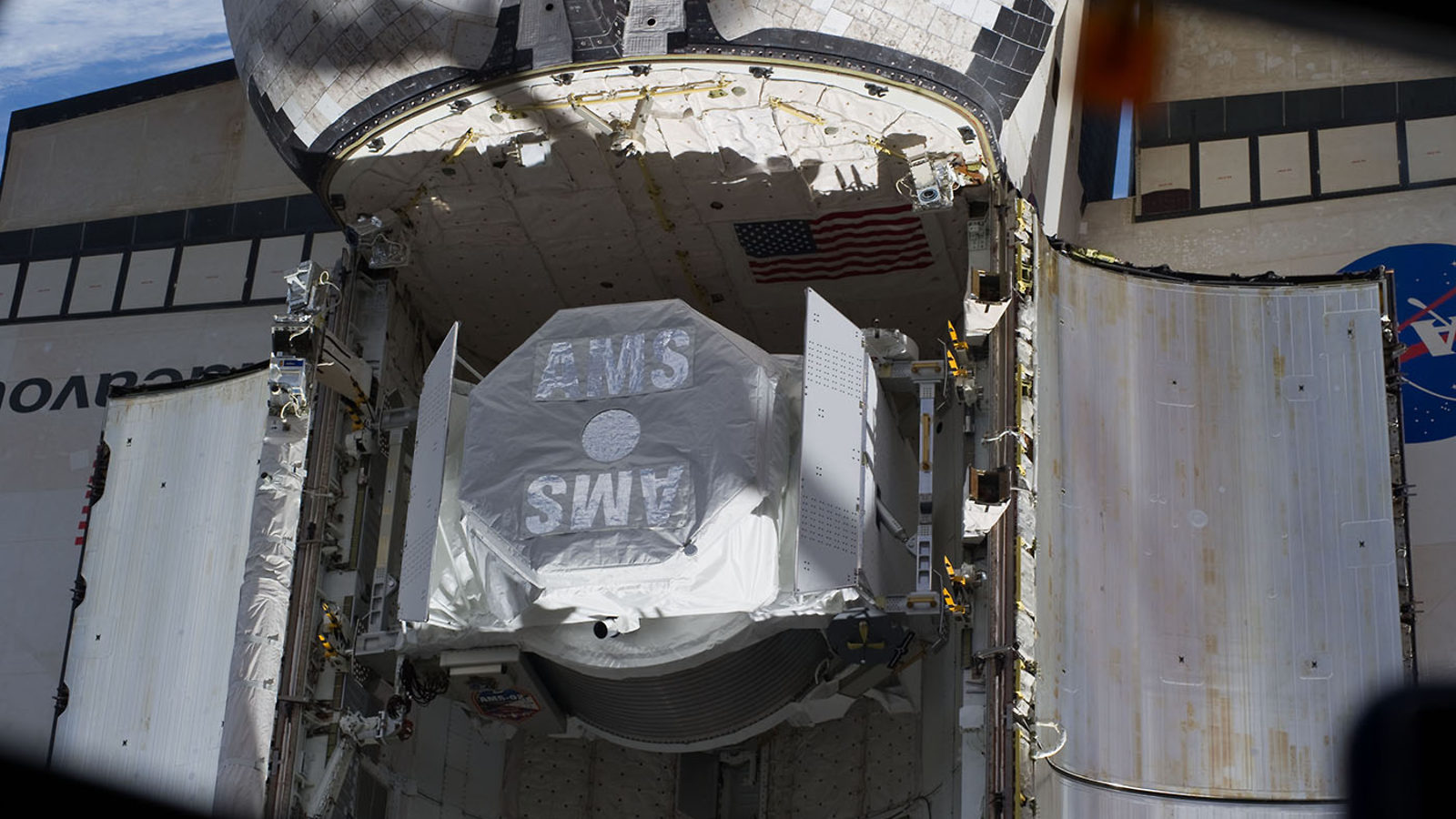 New results from the Alpha Magnetic Spectrometer experiment disagree with current models that describe the origin and movement of the high-energy particles called cosmic rays.

These deviations from the predictions might be caused by dark matter, a form of matter that neither emits nor absorbs light. But, according to Mike Capell, a senior researcher at the Massachusetts Institute of Technology working on the AMS experiment, it’s too soon to tell.

“It’s a real head scratcher,” Capell says. “We cannot say we are seeing dark matter, but we are seeing results that cannot be explained by the conventional wisdom about where cosmic rays come from and how they get here. All we can say right now is that our results are consistently confusing.”

The AMS experiment is located on the International Space Station and consists of several layers of sensitive detectors that record the type, energy, momentum and charge of cosmic rays. One of AMS’s scientific goals is to search for signs of dark matter.

Dark matter is almost completely invisible—except for the gravitational pull it exerts on galaxies scattered throughout the visible universe. Scientists suspect that dark matter is about five times as prevalent as regular matter, but so far have observed it only indirectly.

If dark matter particles collide with one another, they could produce offspring such as protons, electrons, antiprotons and positrons. These new particles would look and act like the cosmic rays that AMS usually detects, but they would appear at higher energies and with different relative abundances than the standard cosmological models forecast.

This new result compares the ratio of antiprotons to protons across a wide energy range and finds that this proportion does not drop down at higher energies as predicted, but stays almost constant. The scientists also found that the momentum-to-charge ratio for protons and helium nuclei is higher than predicted at greater energies.

“These new results are very exciting,” says CERN theorist John Ellis. “They’re much more precise than previous data and they are really going to enable us to pin down our models of antiproton and proton production in the cosmos.”

“But antiprotons are so much heavier than positrons and electrons that they can’t be generated in pulsars,” he says. “Likewise, supernova remnants would not propagate antiprotons in the way we are observing.”

If this antimatter excess is the result of colliding dark matter particles, physicists should see a definitive bump in the relative abundance of antimatter particles with a particular energy followed by a decline back to the predicted value. Thus far, AMS has not collected enough data to see this full picture.

“This is an important new piece of the puzzle,” Capell says. “It’s like looking at the world with a really good new microscope—if you take a careful look, you might find all sort of things that you don’t expect.”

Theorists are now left with the task of developing better models that can explain AMS’s unexpected results. “I think AMS’s data is taking the whole analysis of cosmic rays in this energy range to a whole new level,” Ellis says. “It’s revolutionizing the field.”