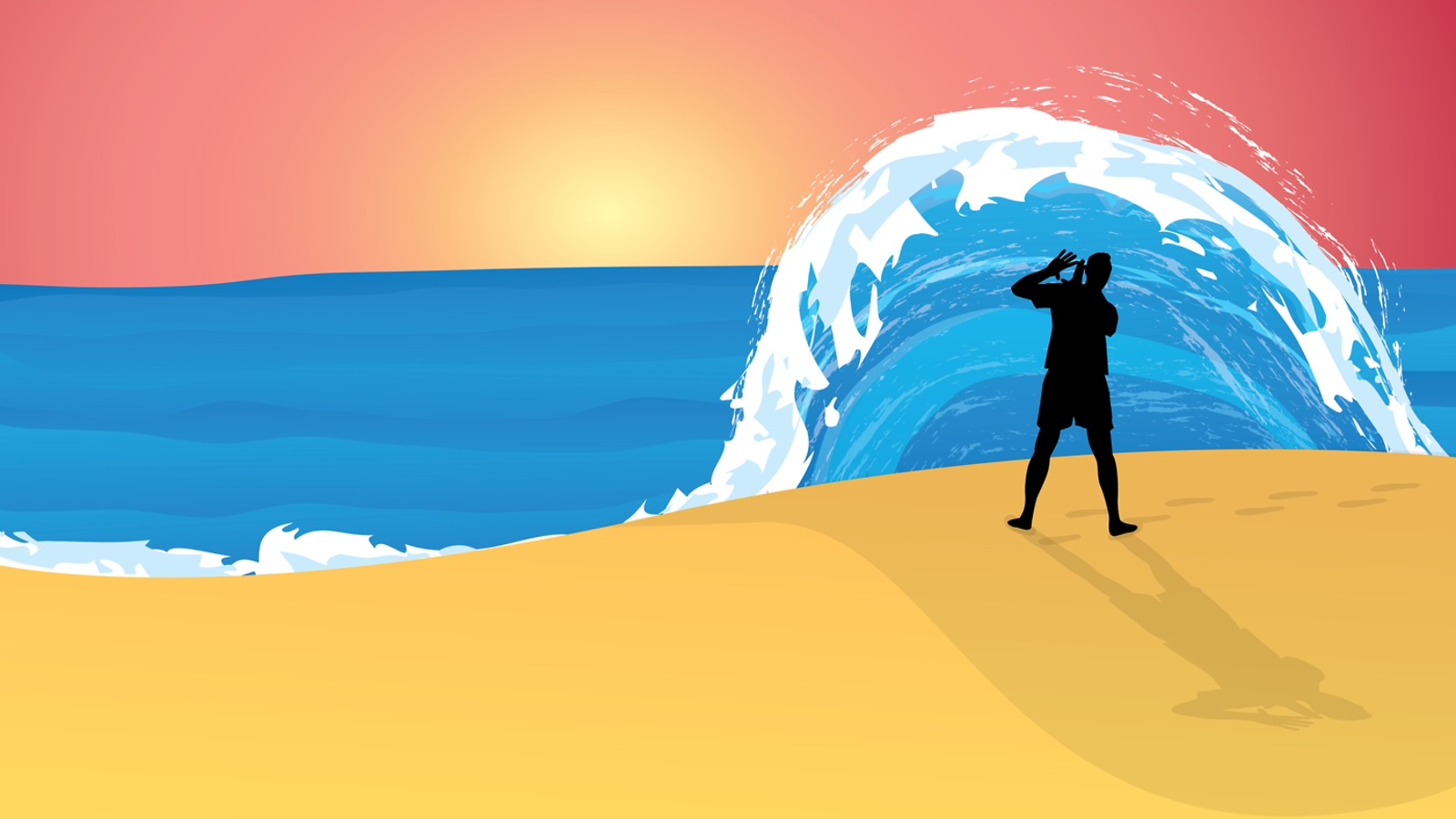 Wave–particle duality is a concept in particle physics that ascribes two seemingly contradictory traits to a single object.

Think of it this way: If you had never seen a seahorse before, you might imagine an animal made of two parts, half fish and half horse. But when you actually saw one, you’d discover that a seahorse is a different thing altogether.

Similarly, quantum objects such as electrons and quarks are often described as being both waves and particles, but really they are neither. They have wave-like and particle-like properties but are fundamentally unlike anything in our everyday experience.

These quantum objects are fuzzy, distributed and indistinct as they propagate through space, and they are rigid, undiminished and indivisible when they collide. They’re not quite waves and not quite particles.

The best visualization of how an electron or a quark actually behaves is a surreal one. Imagine that you make a splash in the ocean at Virginia Beach: The wave spreads out across the ocean, mixing with other waves, losing its identity as a distinct object. Then on the other side, in Cape Town, Casablanca or Reykjavik, your splash pops up in its original form and douses someone on the seashore.

While this may seem counterintuitive, that’s how nature works at its most fundamental level.