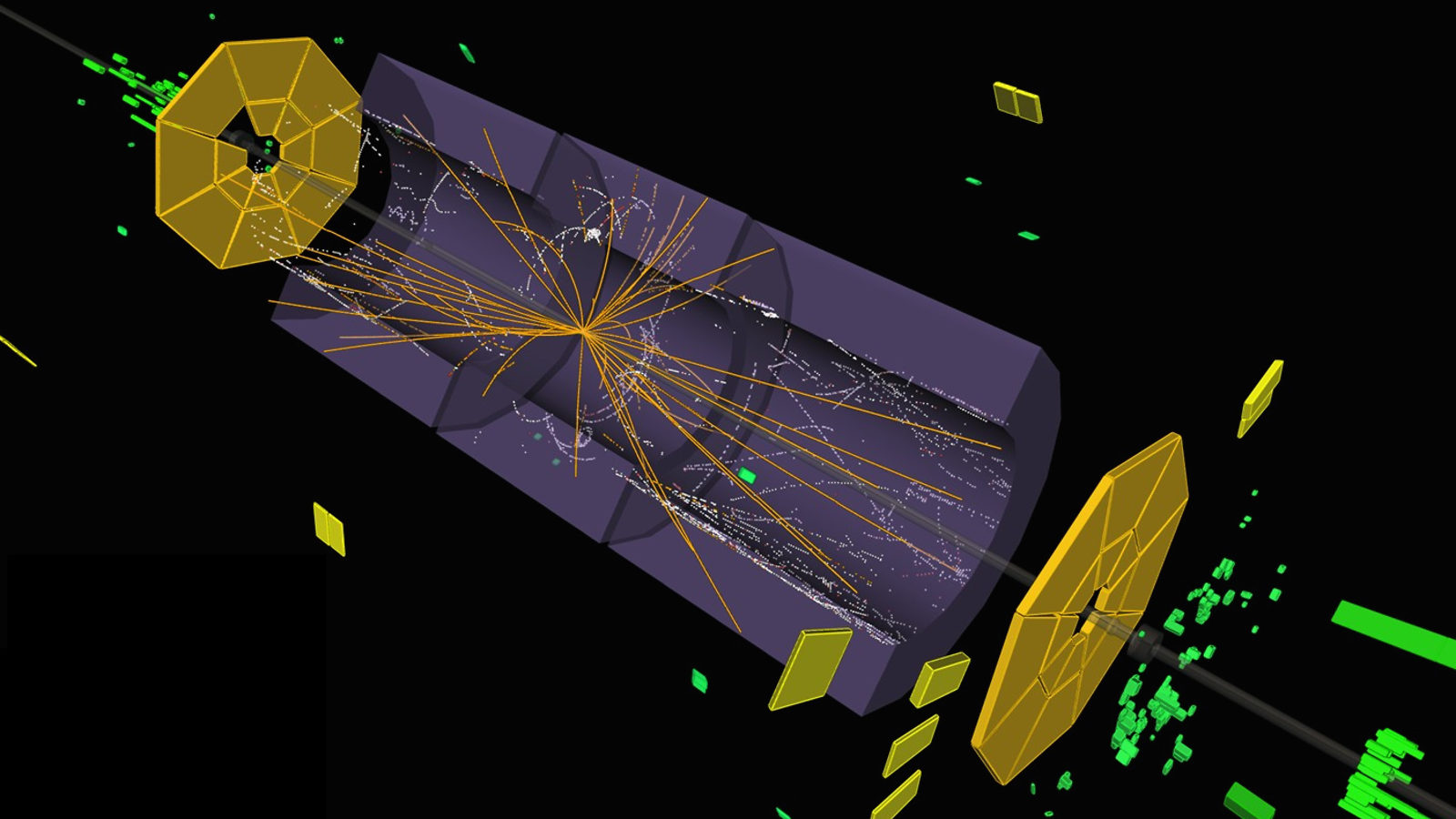 For its next big performance, the Large Hadron Collider will restart in 2015 with twice its previous collision energy and a much higher rate of particle collisions per second.

Scientists have been scurrying to prepare their detectors for the new particle onslaught. As part of this preparation, a group that includes physicists from laboratories and universities in the Chicago area are designing a new system that will allow them to examine collisions faster than ever before.

When the Large Hadron Collider is running, billions of particle collisions occur every second. Of these, only a few are the kind of direct hits that scientists are looking for. These high-impact collisions convert large amounts of pure energy into mass, temporarily producing new particles such as Higgs bosons for physicists to study.

In order to separate these rare and interesting events from the billions of less exciting collisions, scientists create complex processing systems called triggers. Trigger systems look for the most interesting collisions and record them for further analysis. Now, an international collaboration of scientists on the ATLAS experiment are creating a unique upgrade to their trigger system called the Fast Tracker, which will revolutionize how they sort collision events. Currently, scientists at Fermilab, Argonne, the University of Illinois and the University of Chicago are manufacturing and testing prototypes of several component parts of the ATLAS Fast Tracker.

Fermilab’s CDF detector, which ran from 1985 to 2011, employed a system based on the same idea as the Fast Tracker, says University of Chicago postdoctoral fellow John Alison. However, thanks to advancements in technology over the past two decades, the new ATLAS system is about 10,000 times more powerful.

Alison says this new component of the trigger system will help the ATLAS detector handle the upgraded LHC. It could even allow scientists to see things they might have missed during its first run.

“In a sense, if you change the trigger in a collider experiment, you really change the whole experiment,” Alison says. “By changing how the trigger system decides which events are interesting, we will be able to ask different questions and look for things we might have been blind to before. The next run of the LHC will be very interesting.”

The higher rate of particle collisions per second planned for the next and future runs of the LHC requires a more powerful, more discerning trigger system, says Yasuyuki Okumura, a postdoctoral fellow at the University of Chicago and Fermilab.

The ATLAS trigger system used during the first run of the LHC weeded out uninteresting collisions in three stages. Stage one looked for interesting particles in the detector, such as high-energy muons or photons, or large clusters of energy in the calorimeters. If a set of collisions passed this first stage of the trigger system, then all the data from that batch was passed to the second trigger. The second and third triggers then ran series of algorithms to whittle down the collision data even more.

The Fast Tracker will be an intermediate step between the first and second triggers. Using parallel processing and a series of custom-designed computer chips, the Fast Tracker will do something never before possible: simultaneously reconstruct the tracks of all of the particles in every region of the detector.

The coming runs of the LHC could shed light on some of the lingering questions left by our best understanding of the nature of matter, the Standard Model of particle physics, Alison says.

“The real interest in run two of the LHC is the unknown,” Alison says. “The Fast Tracker will give us more flexibility to save the interesting signals that we don't yet know we're interested in."