Science is no longer the wallflower who doesn’t get asked to the dance, writes physicist Glen Crawford in an essay about science outreach past and present. 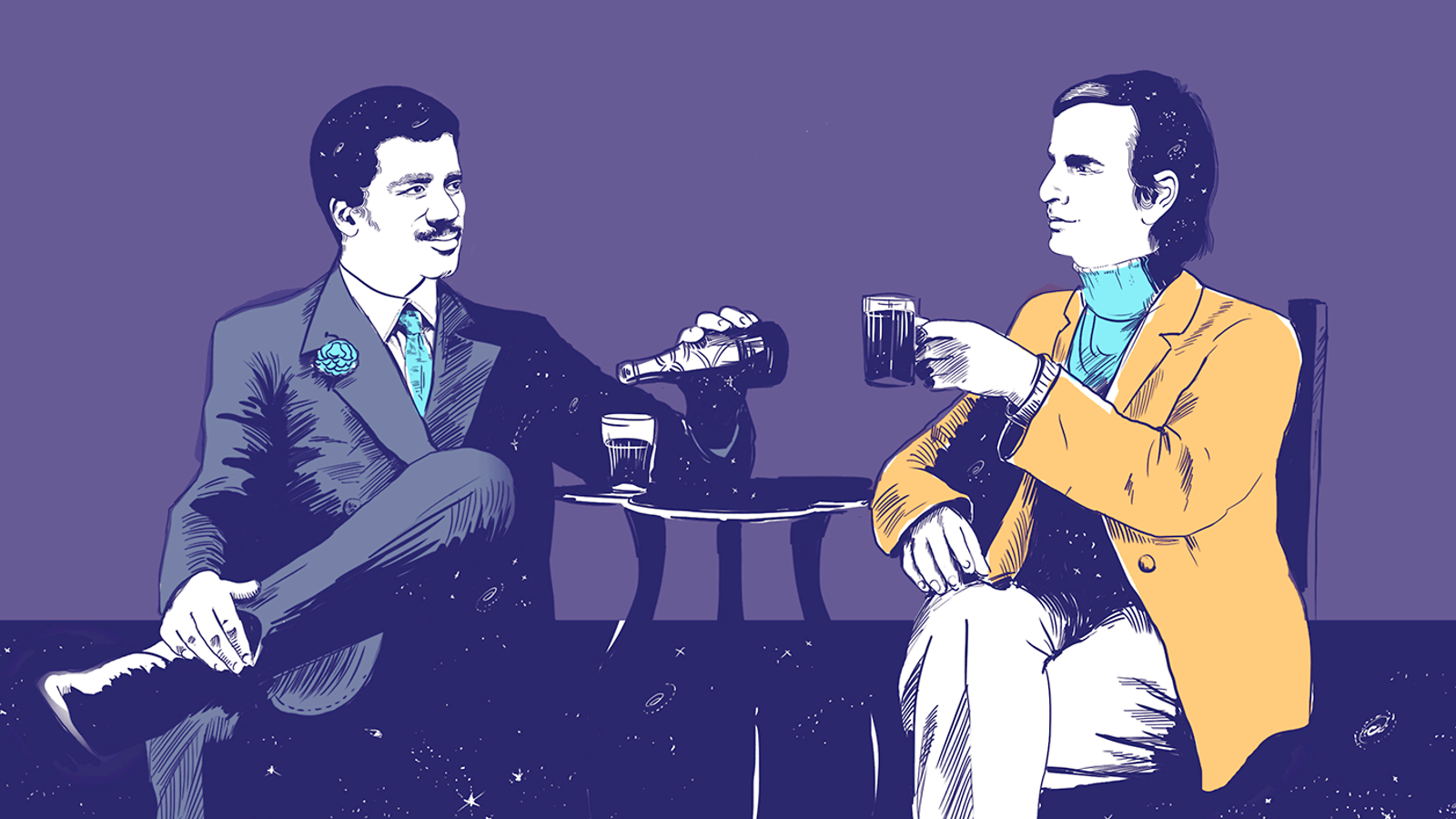 I was sitting in the back of a cavernous ballroom in the Savannah convention center recently, listening to a plenary talk at an American Physical Society meeting, and the vibe in the room was distinctly not the familiar one of polite attention.

There was a real buzz in the auditorium, the buzz of anticipation usually reserved for big science results or for the chance to see a very rare species, the science celebrity. In this case, the reason for the buzz was the featured speaker, Neil deGrasse Tyson.

Tyson, for those of you who have been holed up in the lab or on a desert island for the last two or three years, has become the public face of science in his many roles: director of the Hayden Planetarium in New York, author, public speaker, frequent late night talk show guest and now, host of the reboot of that granddaddy of mass-media science shows, “Cosmos.” The fact that Tyson has become a social media powerhouse and an icon to both the public and the science community says a lot about how far things have come since the original “Cosmos” aired back in 1980 and made its host, Carl Sagan, a household name.

Before the original “Cosmos,” Sagan was already a respected researcher in astrophysics and planetary science and was well known for his popular science books such as Dragons of Eden. But in the pre-internet, pre-cable TV universe his fan base was a relatively small and insular community of science practitioners and aficionados.

“Cosmos” brought the excitement and wonder of science to a much broader audience, becoming a surprise hit for tweedy PBS and making “billions and billions of stars” a popular catchphrase, the ‘80s equivalent of an internet meme. In retrospect, this was the first flowering of science geek culture, which is now, as they say, kind of a thing.

I started college around that time, toiling away as a physics major in a hothouse tech school that would soon be fictionally immortalized in the geek cinema classic Real Genius (look it up, kids). We journeyman nerds were aware of “Cosmos” as a sort of cultural phenomenon but didn’t really appreciate the fact that science was starting to become a pop culture item. We could see that Sagan was a good storyteller and that the special effects were cool (for the time), but as far as the content went, we knew all that stuff already. We entirely missed the fact that Sagan was getting middle America to spend an hour every week thinking about real science topics. And they seemed to like it.

In graduate school, I had the good fortune to land at Cornell University, where Sagan taught, and I would see him from time to time at seminars. In that context he was your typical working scientist, asking questions, challenging assumptions, trying out new ideas. If anything, he was less voluble than some of the other faculty, and not an obvious “personality.” He had an unmarked office in the astronomy building so he wouldn’t be swamped by star-struck students. And yet some of the Cornell faculty privately disparaged Sagan’s science popularization projects because they were not “real science.”

The new “Cosmos” is sleek and sexy and modern while still maintaining the original series’ awe for the wonders of the universe and the stunning fact that one very recent species is just starting to understand how it all works. It doesn’t hurt that computer graphics have improved by several orders of magnitude since the original series, making the imagined far realms of space and time look realistic. And Tyson, with his starry vest and smooth baritone, brings his own brand of infectious enthusiasm for science to the proceedings, making for a brisk tour through the history of science and its current mysteries.

Back in Savannah, Tyson’s message to the assembled geek masses was that science is now everywhere in popular culture and that this manifests itself not just in traditional media but also on social media via Twitter and sites like iflscience (Google it, professors). The new “Cosmos” attracted an estimated 8.5 million viewers in its US premiere, and parent network Fox predicts it will be seen by over 40 million in worldwide distribution.

Science is no longer the wallflower who doesn’t get asked to the high school dance. So I ask my science colleagues: When the music starts, are you going to stare at the floor and shuffle your feet, or are you going to show ‘em what you’ve got?