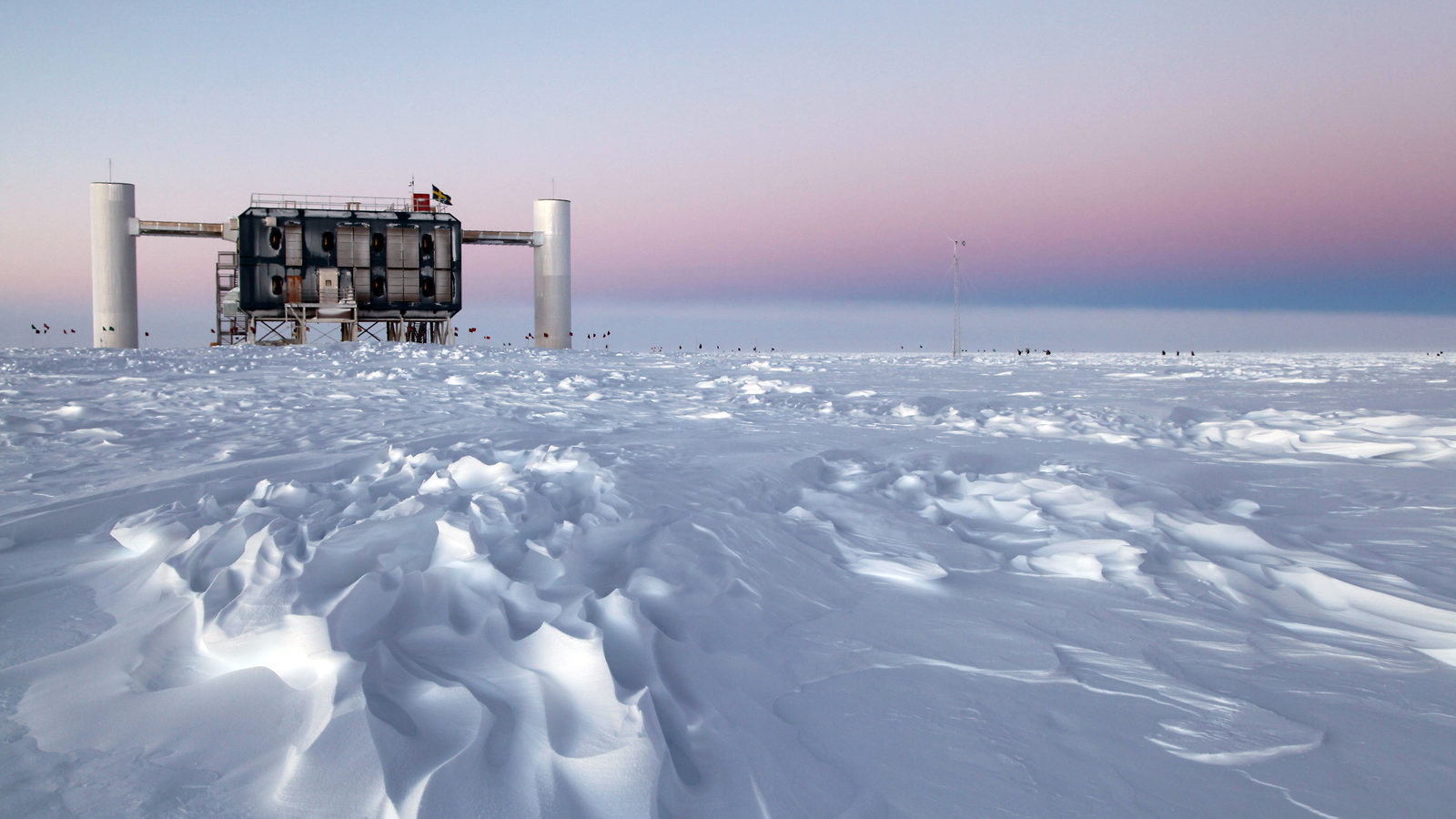 The detectors of the IceCube experiment have so far caught about 100 cosmic neutrinos, dozens of which came from outside our galaxy.

The exact provenance of these particle cosmonauts is a mystery. That’s one reason IceCube scientists would like to expand their experiment, which covers a cubic kilometer of ice at the South Pole, to a volume 10 times as large.

University of Wisconsin physicist Francis Halzen and colleagues made the case for the expansion at a workshop in Virginia on April 24.

It’s as if the IceCube experiment is a giant digital camera, Halzen says, and every neutrino spotted is a pixel. “The more you have, the clearer the picture gets,” he says. “To see several neutrinos come from the same source, you are likely to need well above one thousand.”

The sources of IceCube’s first 100 neutrinos could be exploding stars in distant galaxies. Or they could come from some other process, like the decay of dark matter particles in our galactic halo.

“I can tell you what would be most exciting: if they came from something we haven’t seen before,” Halzen says.

An expanded IceCube experiment could also include a bonus, smaller experiment called PINGU, which would detect lower-energy neutrinos to allow scientists to study their properties.

Neutrinos are elementary particles that very rarely interact with other matter. To catch a thousand of them, IceCube scientists would need to run their current experiment for a decade, Halzen says.

The IceCube experiment consists of more than 5000 detectors about the size and shape of a basketball, strung on 86 lines and lowered into holes in the ice. When a neutrino interacts with the ice, it releases a particle such as a muon. The small shockwave that follows the particle as it travels through the ice emits blue light in the form of Cherenkov radiation. The detectors catch this light.

It turns out, the ice is even clearer than previously thought. The IceCube detectors built 15 years ago are located 125 meters apart from one another. If the scientists add new detectors, they’ll be able to double the spacing, which means they will be able to drastically expand the array without drastically increasing the number of detectors.

“We can do this for about the same amount of money we spent on the original array,” Halzen says.

The physicists would like to upgrade their hot-water ice drill, originally designed and built for IceCube at University of Wisconsin, and add 120 new strings of detectors, installing about 20 at a time over six years.