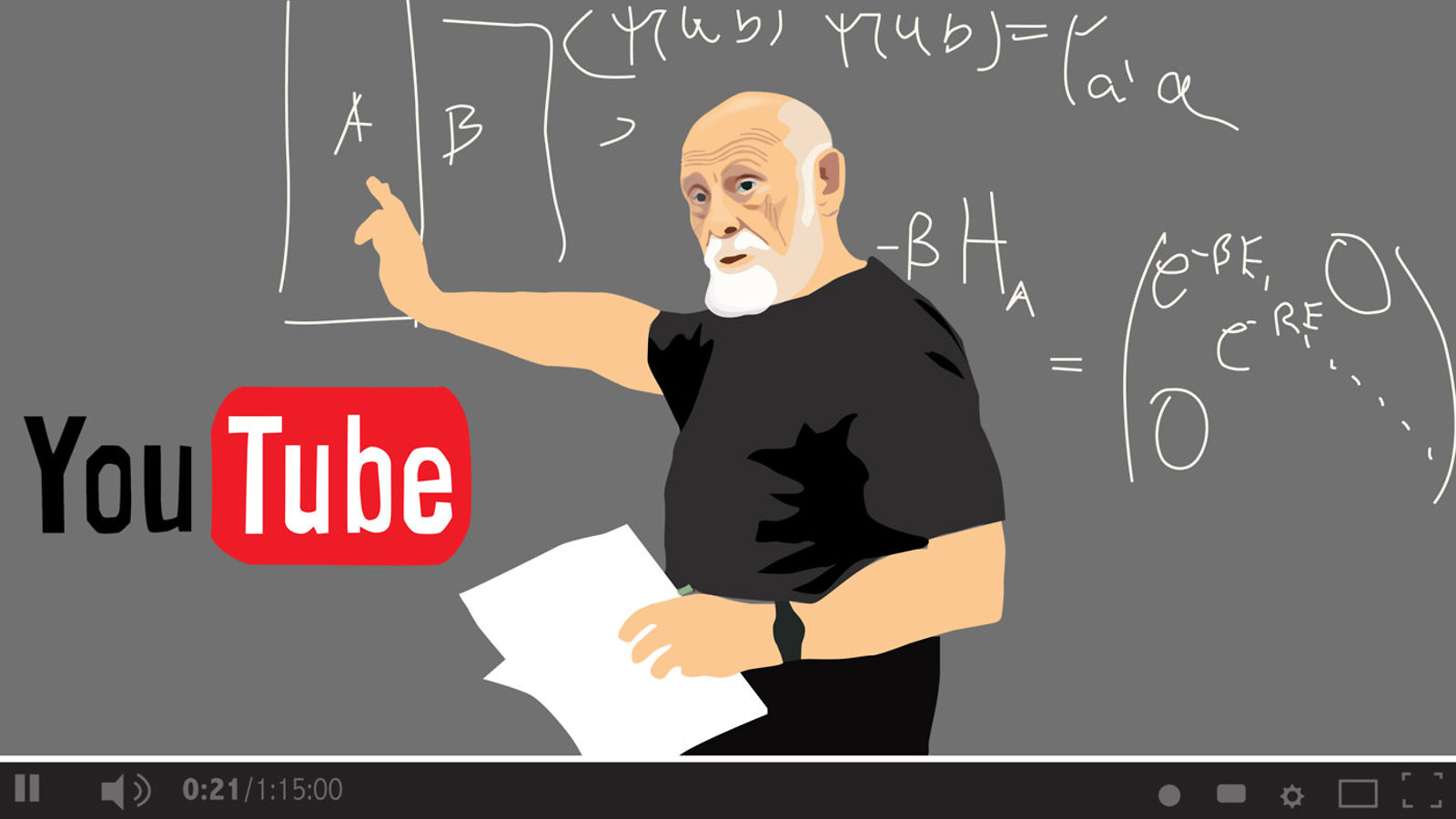 During a day of talks at Stanford University, theoretical physicist Leonard Susskind explained “Why I Teach Physics to Old Codgers, and How It Got to Be a YouTube Sensation.”

Stanford professor Leonard Susskind has a well-deserved reputation among his colleagues as one of the most imaginative theorists working in physics today. During his nearly five decades in the field, he’s taken leading roles in the study of quark confinement, technicolor, black hole complementarity, the holographic principle and string theory. Even now, at the age of 73, he’s still in the thick of it, batting around ideas with his colleagues about firewalls, the latest twist on black holes.

Stop a random person on the street and read him Susskind’s list of specialties, and he or she will probably say, “Huh?”

Yet Susskind has a thriving fan base among non-scientists who love their physics.

Part of this is due to his popular books on physics, but even before the first came out in 2005, he had a small but devoted cadre of non-physicists, many of them well past their undergraduate days, who took his “Modern Theoretical Physics” course, offered through Stanford Continuing Studies. In fact, many fans took the class over and over again. Cosmology, black holes, quantum mechanics, string theory—some of the thorniest areas in modern physics, with thorny math included—and the lecture hall remained packed.

Once the classes were taped and made available on YouTube and Stanford’s iTunes channel, the secret was out. Susskind now has a worldwide audience. Hits on individual lectures regularly top 100,000, and his first lecture on quantum mechanics is nearing half a million views. He’s turned his last series of lectures into a series of books called The Theoretical Minimum: What You Need to Know to Start Doing Physics.

During a recent talk titled “Why I Teach Physics to Old Codgers, and How It Got to Be a YouTube Sensation,” Susskind spoke about this bona fide phenomenon, including why he started teaching (“to impress my wife”) and why he includes some pretty advanced math (“My students asked for the real stuff—equations and everything”).

As for how it got to be a YouTube sensation?

“When Stanford started filming the courses and putting them up, there was an explosion in my email,” Susskind said. “Young people from all over the world—Asia, Africa, the Middle East—were sending me smart questions about physics.” The videos tapped into the same passion for physics in “young codgers” that his “old codgers” had held all along.

The talk was bittersweet; other teaching and Stanford physics department commit-ments, along with a bad back, have forced him to stop teaching his popular class.

The YouTube videos will help, but those who flocked to his lectures will miss them.

“Even young codgers can lose their sense of wonder over time,” says student Jeremy Branscome. “His class was like a routine exercise in remembering that we will always have more to learn but that we still have hope of improving our understanding.”

Teachers are using Google+ to bring their classes behind the scenes at national laboratories and to teach students about careers in STEM.