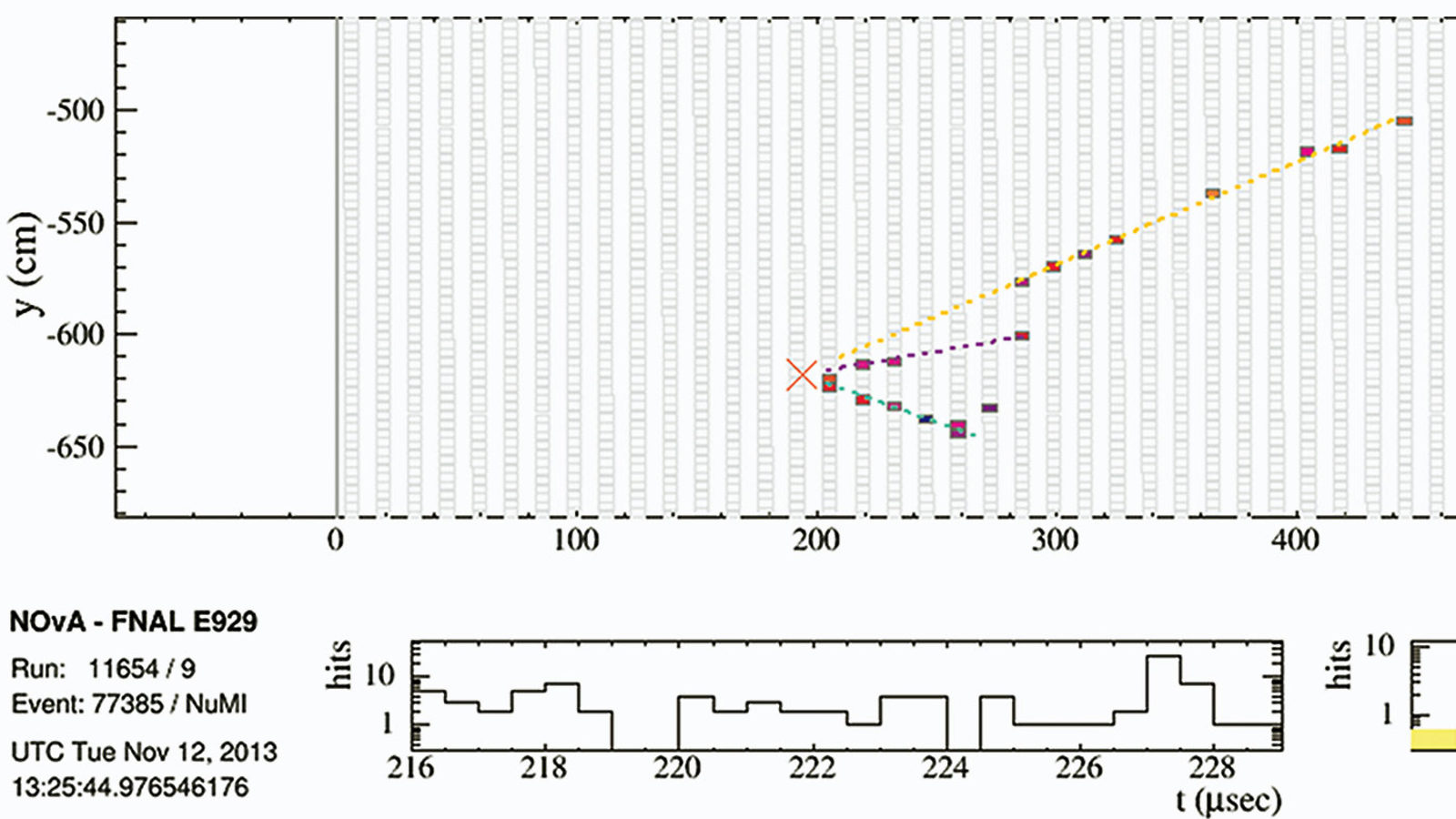 Neutrinos are notoriously hard to see. But detecting these tiny particles is only part of the challenge of studying them; scientists also need to figure out their identities.

Neutrinos come in not just one but three types, called flavors: electron, muon and tau. When a neutrino shows up in a particle detector, it usually leaves a calling card in the form of an electron, a muon or a tau particle. This lets a scientist know which flavor of neutrino dropped by.

But sometimes, the neutrino opts to play ding-dong-ditch instead, depositing a fraction of its energy in the detector before speeding away. This is called a neutral current event, and, in many cases, it is the bane of the modern neutrino physicist’s existence.

“Every experiment has to deal with this in one way or another,” says physicist Mark Messier of Indiana University, co-leader of the NOvA experiment.

The neutrino’s game of ring-and-run can lead to confusion, as the signal it leaves behind in a particle detector can look awfully similar to the mark of an electron neutrino, even when the particle speeding away is of another type. This can artificially inflate the number of electron neutrinos a physicist counts.

To combat this problem, researchers on the NOvA experiment made their detector out of light plastic. Particles can move relatively freely through this low-density material, making it easier for scientists to see what kind of message they leave behind.

On November 12, 2013, the NOvA detector in Minnesota saw its first neutrino sent in a beam from Fermilab in Illinois. From the looks of the display, that neutrino bumped into a nucleus in the detector, transferring some of its energy but leaving no electron, muon or tau: a neutral current event. The energy left behind produced a particle that decayed immediately into two photons (shown in yellow and magenta) and a proton (shown in cyan).

“This is something we built the detector to do,” Messier says. “We went to great lengths to build this funny plastic structure, and this is the payoff.”

Correctly identifying neutral current events helps NOvA scientists count only true electron neutrino events as they observe how neutrinos oscillate between flavors on their trek from Illinois to Minnesota. It could also help them to search for a fourth type of neutrino, the so-called sterile neutrino, which would affect how often neutral current events occur.

NOvA collaboration
Like what you see? Sign up for a free subscription to symmetry!
Follow
Use your browser’s print dialog box to create a pdf.
Popular on symmetry