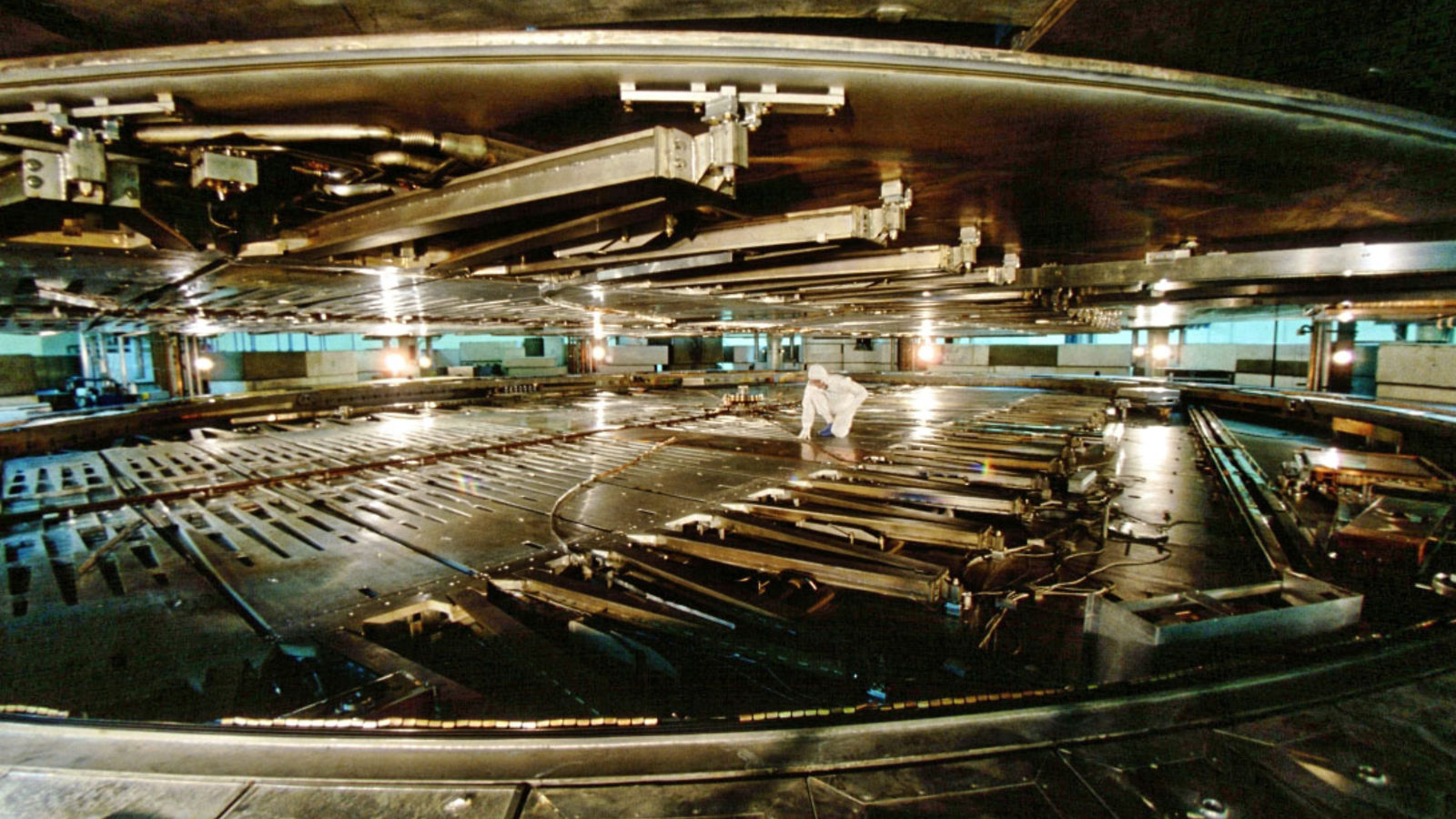 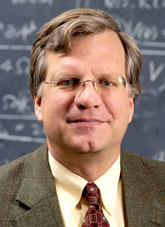 For the last 25 years Bagger has taught physics and astronomy at Johns Hopkins University’s Krieger School of Arts and Sciences. He has served as vice provost for graduate and postdoctoral programs and as interim provost and senior vice president for academic affairs.

In July, Bagger will begin his six-year term as director of TRIUMF (TRIUMF cyclotron pictured above). Symmetry editor Kathryn Jepsen recently spoke to Bagger about his path to taking the leading role at Canada’s national laboratory for particle and nuclear physics.

S: How did you first become interested in science?

JB: I’m the only scientist in my family. I’m not even sure I knew what a physicist was when I was growing up!

However, I had a terrific physics course in eighth grade, in my local public middle school. We did experiments every day. We discovered all sorts of laws of nature—some true and some not. It was a wonderful course for me, turning learning into playing. It was way ahead of its time.

JB: It’s hard. That’s part of what’s great about it. It’s a real puzzle to figure out what’s going on.

But more than that, I also like the beauty of science. We physicists seek the truth, and when we uncover even a little, we often find it is more beautiful than we had ever imagined. I feel fortunate to be able to contribute.

S: What are some of your interests outside of science?

JB: My life’s gotten busier; it’s hard to say I have a hobby these days.
But I’ve always liked to make things, to build furniture, to work construction. It gives me a sense of accomplishment. You make something, and eventually you finish it. In physics, one question begets another and you’re never done. You keep digging deeper, and there’s always a new layer.

S: What have been some of the highlights of your scientific career?

JB: I was fortunate to have been pulled into [the theory of] Supersymmetry at its early stages. In graduate school it was the hot topic coming along. I was lucky for two reasons.

First, Edward Witten [the theoretical physicist whose work set off the “second superstring revolution”] had just arrived at Princeton. And there I was, needing an advisor. Timing is not everything, but it sure counts for a lot.

On top of that, Julius Wess [co-inventor of some of the first supersymmetric models] was taking a sabbatical in Princeton. Julius and I turned his lectures into an introductory textbook [Supersymmetry and Supergravity] that’s still in print. As a student, I was fortunate to learn Supersymmetry from two of the masters.

Even today, I’m a die-hard believer in Supersymmetry. I’m sure it has a role to play in nature in some way, shape or form.

Over the years, I’ve also been privileged to participate in several large-scale strategic planning exercises for the US program. I have had many excellent mentors in this arena, both theorists and experimenters, including Sid Drell and Barry Barish.

My five minutes of fame occurred when my recent work with Neil Lambert on M2-branes, a concept in string theory, appeared in Ian McEwan’s 2010 novel, Solar.

S: Why were you interested in becoming the director of TRIUMF?

JB: When the search committee first approached me, moving to TRIUMF was the farthest thing from my mind. I was firmly ensconced as a physics professor on the East Coast of the US. I was not thinking about becoming a laboratory director on the West Coast of Canada.

However, when I visited TRIUMF, I was really impressed by the laboratory and the people I met there. The lab had been without a director for several months, but it had managed to run itself. They had a strong team in place.

Last year, I served as the interim provost at Johns Hopkins. That’s a pretty big job; the provost has responsibility for the entire university. I had the opportunity to learn a bit about areas outside of physics, including medicine, nursing and public health. I was impressed and moved by the sense of mission in those schools.

TRIUMF, through its work in nuclear medicine, makes a difference in the lives of real people, every day, and I found that quite attractive as well.

S: What are your goals for the lab?

JB: First and foremost, to continue to do great science. But also to prepare for new challenges. Recently, TRIUMF put in a proposal to the Canadian government detailing its plans for the next five years, including the completion of ARIEL, its advanced rare isotope facility. ARIEL will enable TRIUMF to triple its capability for producing rare isotopes for science and medicine. Even though the building was constructed last year and equipment is now being installed, we must still secure the funding to complete the project. That is the day-to-day job.

There are larger issues at stake, though. As a national laboratory, during the coming years TRIUMF will need to find new ways to commercialize its considerable accelerator expertise. The laboratory is already producing important isotopes for medicine. TRIUMF’s strength in science and technology offers a strong base for driving innovation and economic growth.

A third challenge is handling the growing internationalization of particle physics, where projects have become so large that they’re beyond the scale of a single country or region. Canada has an important role to play in catalyzing the global collaborations that are becoming the norm for our field.

S: What have you been doing to prepare?

But I actually feel quite at home, in that the job pulls together two sides of my life. I’ve been a physicist, and I’ve been an academic administrator. I’m looking forward to pulling these two halves of my life together in support of a laboratory whose mission I respect and embrace.