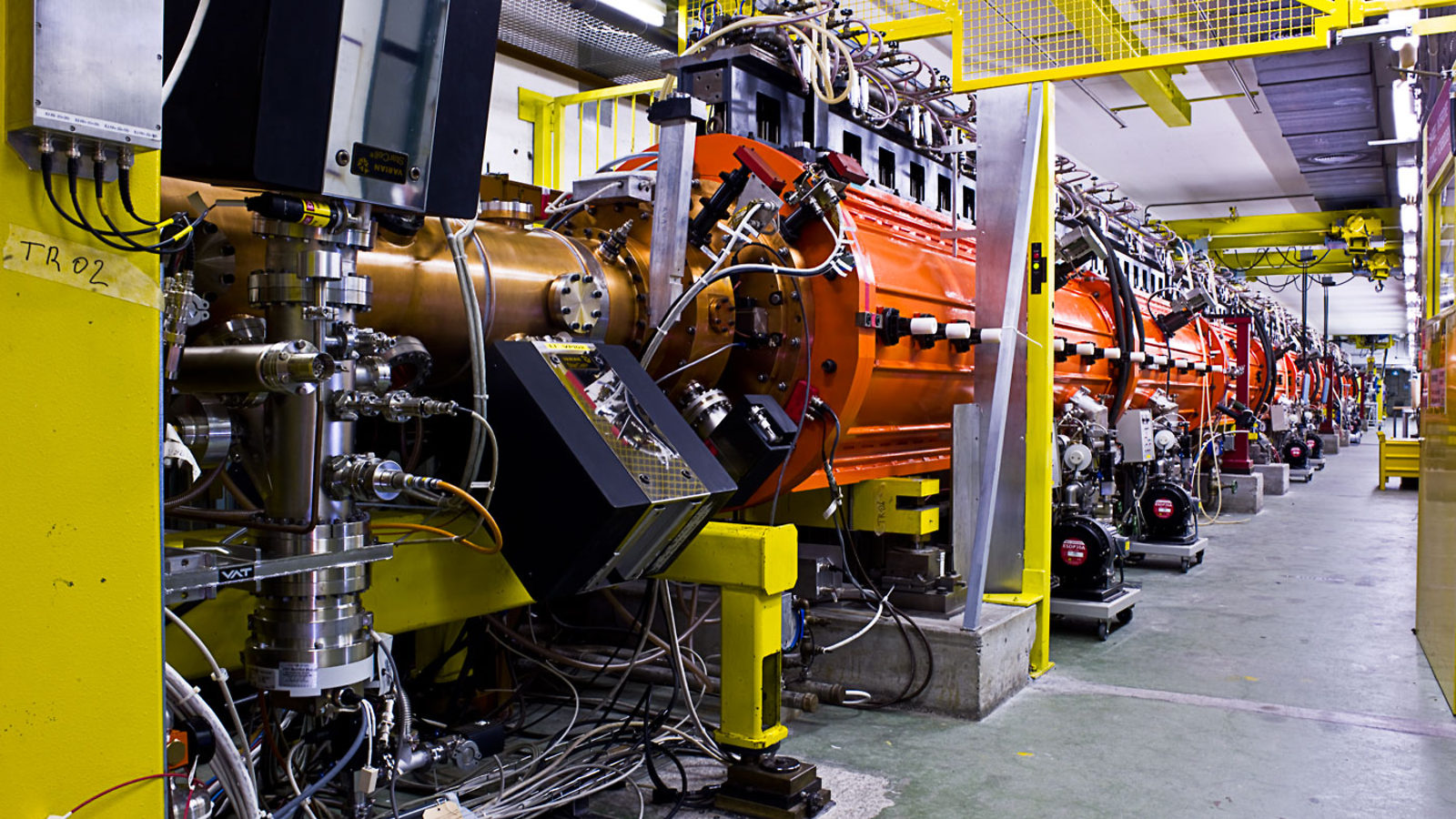 For the last year and a half, CERN scientists and engineers have been busy upgrading the laboratory’s accelerator complex. Today, scientists began the process of turning the accelerators back on. In early 2015, this will culminate in the restart of the Large Hadron Collider.

“The accelerator complex has to start months before the LHC is back online because it’s going to need some serious TLC [in the form of re-commissioning, debugging and tuning] following the shutdown” says LHC operation head Mike Lamont.

CERN hosts a complex system of accelerators, some of which have been around since the laboratory first started doing physics in the 1950s. These accelerators ramp beams of particles up to progressively higher energies before injecting them into the LHC.

Much of the recent maintenance has been routine—such as replacing cables and fixing damaged or worn components. But some of the upgrades have involved installing new technology, such as new radio-frequency cavities that will help accelerate the beam.

After that will come the booster, the second accelerator in the chain, which received some of the most significant upgrades during the shutdown.

“When we get the beam going around the booster, it will be a very important moment,” says Paul Collier, the head of the beams department. “Among other things, we are making a complete upgrade of its control system, which is the nervous system of the machine.”

CERN’s accelerator complex supports a healthy ecosystem of experiments, many of which are champing at the bit for access to beam. “There is a vibrant experimental program that doesn’t involve the LHC,” Lamont says. “We want to keep these other teams happy.”

Dozens of experiments—such as CLOUD, which examines the effects of cosmic rays on cloud formation, and ASACUSA, which studies the properties of antimatter—will spend the second half of the year collecting data using the beam produced in the CERN accelerator complex.

By the end of the 2014, Collier expects that everything will be ready for the LHC.