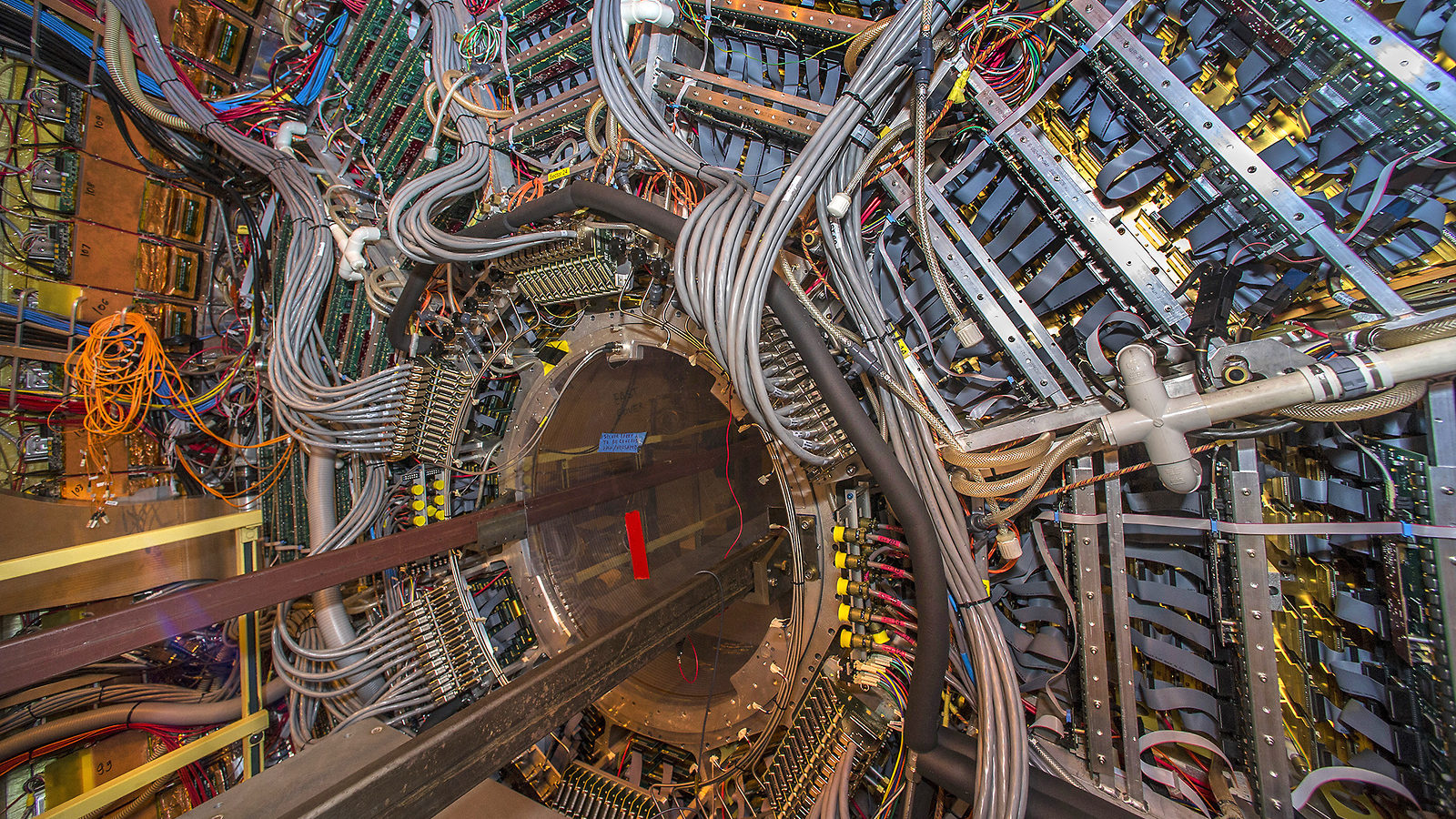 The early universe was a trillion-degree soup of subatomic particles that eventually cooled into matter as it is today.

This process is called “freezing out.” In the early universe, it was a smooth transition. But a group of scientists at Brookhaven National Laboratory recently found that, under the right conditions, it can occur differently.

The new research may offer valuable insight into the strong force, which accounts for 99.9 percent of the mass of visible matter in today’s world.

Scientists have known for years that at the superhot temps of the early universe, matter is able to move in and out of its particle-soup state smoothly, without a clear dividing line between the phases. (Think of how honey stored in a refrigerator gradually softens and liquefies once it's placed on a countertop, with no distinct melting point.)

But after nuclear physicists on the STAR experiment (pictured above) at the Relativistic Heavy Ion Collider, or RHIC, dialed down the temperature and cranked up the density, they observed a telltale sign of a transition more like water turning to ice—with two distinct phases with a clear dividing line between. They announced this result in a paper to be published in Physical Review Letters.

The Brookhaven team investigated the transition by crashing gold nuclei into one another with enough energy to create quark-gluon plasma, the form of matter thought to have dominated the early universe.

Quarks are fundamental particles that make up protons and neutrons. Normally they exist bound to other quarks via the strong force. In the chaos of the quark-gluon plasma, however, they break apart.

The physicists created collisions at RHIC with a range of different energies in order to study how normal matter transitions in and out of this state.

At the highest temperatures, around 4 trillion degrees Celsius, matter followed the honey model.

But at lower temperatures and with a greater concentration of quarks, it acted more like water.

Under those conditions, a sharper border existed between matter in a normal state and matter as quark-gluon plasma—what is called a first-order phase transition.

The defining characteristic of a first-order phase transition is “latent heat,” a large amount of energy going into or being released as molecules or particles transform from one phase to another at particular combinations of temperature and density.

“If you think of a pot of water on a burner,” says STAR physicist Jamie Dunlop, “the temperature goes up until you reach the boiling point, 100 degrees Celsius under normal atmospheric pressure. The liquid water will stay at exactly that temperature as long as there’s water to boil.”

Even though the stove continues to add heat, the energy goes into moving molecules from a liquid into a gaseous state until all of the molecules have gone through the transition. In the case of the matter at RHIC, the first-order phase change shows up as a temporary disappearance of a particular kind of particle flow.

Though this first-order phase transition is unlike what happened in the universe during the cooling period after the big bang, it tells scientists more about the force that holds together the constituent parts of the atoms that make up our world.

A related article was published by Brookhaven National Laboratory.

Cool-down begins in preparation for the Relativistic Heavy Ion Collider’s next run.