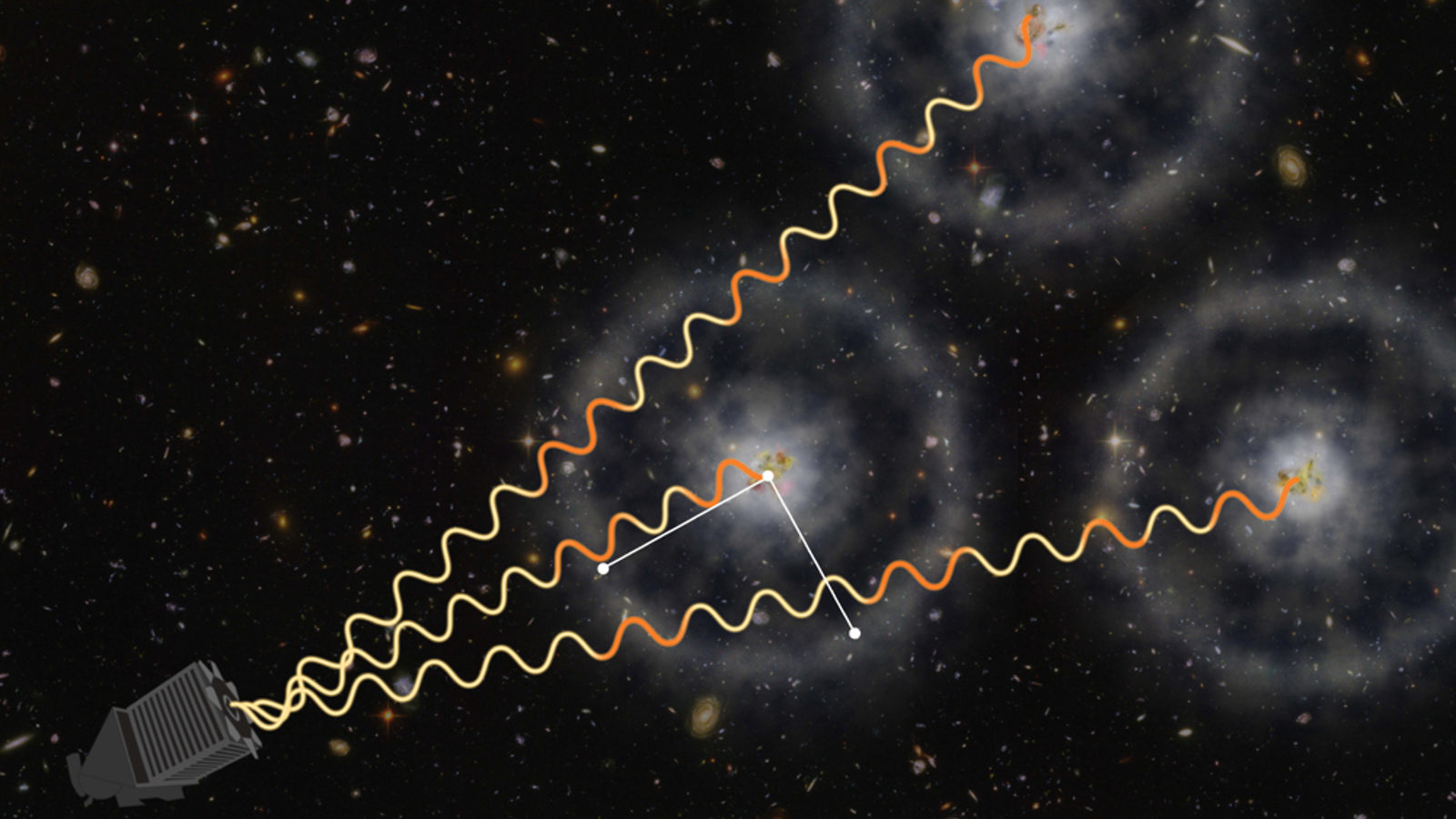 Astronomers on the Sloan Digital Sky Survey announced today they have determined the rate at which the universe was expanding at a quarter of its present age with an unprecedented precision of 2 percent. This is the best measurement yet of the universe's expansion rate at any epoch in the last 13 billion years.

Scientists presented the measurement at the April 2014 meeting of the American Physical Society in Savannah, Georgia.

Astronomers on the Baryon Oscillation Spectroscopic Survey, or BOSS, the largest component of the third Sloan Digital Sky Survey, made the new measurement by studying 140,000 bright extragalactic objects called quasars. In a technique they pioneered, they used the quasars to map the distribution of intergalactic hydrogen gas, which gave them insight into the expansion rate of the universe.

This rate has changed over history. Scientists once thought that, over time, the force of gravity might cause it to slow. Over the past 6 billion years, however, it has actually sped up. Scientists think dark energy is the cause of this mysterious acceleration. Measuring changes in the expansion rate of the universe over time is key to understanding their cause.

“By probing the universe when it was only a quarter of its present age, BOSS has placed a key anchor to compare to more recent expansion measurements as dark energy has taken hold,” says Timothée Delubac of Centre de Saclay in France, who led one of the BOSS teams that cooperated to make the measurement.

In other words, Font-Ribera says, “If we look back to the universe when galaxies were three times closer together than they are today, we'd see that a pair of galaxies separated by a million light-years would be drifting apart at a speed of 68 kilometers per second as the universe expands.”

This article is based on a press release issued by the Sloan Digital Sky Survey.