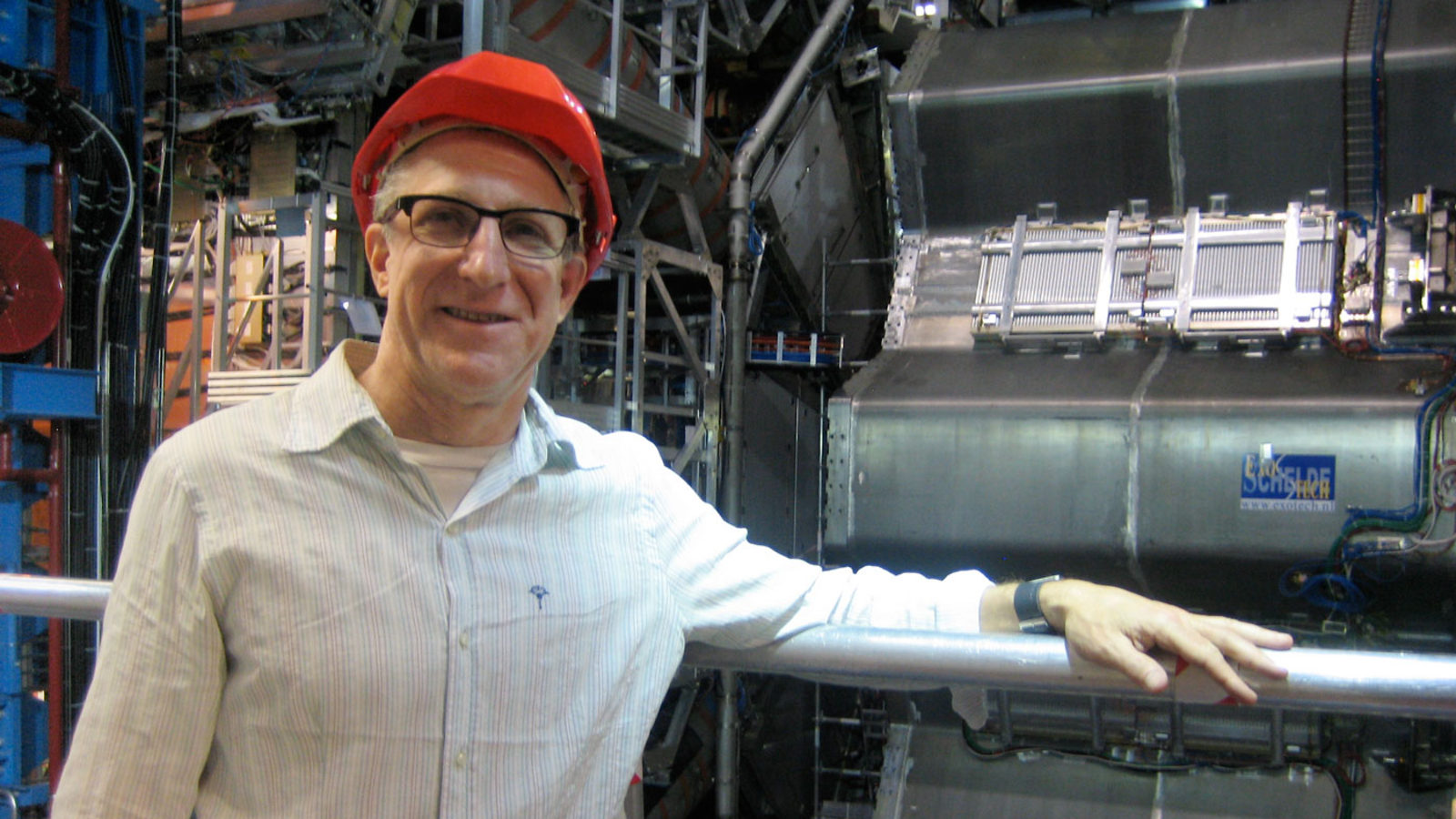 On July 4, 2012, while the entire particle physics community was celebrating the discovery of the Higgs boson, Mark Levinson was at CERN, frantically working to capture the occasion on film.

“I was so consumed with the details of getting it in frame and focus—trying to anticipate what would be important and where to be,” he says. “I was at the center of the universe for that day, and we had this unique opportunity. And the pressure was to do it justice.”

The footage he recorded was eventually used in Particle Fever, a critically acclaimed documentary film that Levinson spent more than six years directing. The film, which opened in theaters in March, shares the stories of six scientists and their successes and setbacks as they work to uncover the secrets of the universe.

If Levinson had heard about his role in the film a few decades ago, he might not have believed it. He originally set out to be one of the people on the other side of the camera—a physicist.

In 1983, when Levinson graduated from Berkeley with his PhD in physics, he planned to spend his time sitting in front of a computer, or maybe a whiteboard, working with data to make sense of the world around him.

But life doesn’t always go as planned, and Levinson found himself drawn in another direction.

“I found that art, film and music also talked about how the world works; the universal pursuit of man that reveals the human element,” Levinson says.

Levinson likes to compare the processes of the two fields: beginning with the solitary script or theory, then moving into production or experimentation, and then on to the analysis of the information collected.

Levinson first approached Johns Hopkins physicist David Kaplan about working on Particle Fever in 2007. At that point, he had several decades of experience working in film, including on high-profile projects such as The English Patient and Cold Mountain. But Particle Fever offered him something new: the chance to combine two of his passions in life, science and storytelling.

While he worked on all parts of the film, the editing process is where Levinson says he really put to use the skills he learned as a particle physicist. Levinson worked on it for 15 months with colleague and Oscar-winning editor Walter Murch.

“The edit room is like being a theorist with a lot of data, and I had an affinity for that. Because of that training, when I started shooting in 2008, I knew how to get the material organized, and how to begin processing it,” Levinson says. “Even at the end, after 500 hours of materials, I was pretty good at being able to flag important events.”

Murch felt that Levinson was particularly suited to directing the film.

“This was an ideal merging of two river valleys of his life—the physics valley and then filmmaking, and those two streams were able to flow together,” he says.

Murch was also impressed with his friend’s unwavering enthusiasm for the film, even after seven film festivals had turned them down. He explained that Levinson was always just focused on what they could do to improve it.

Levinson says, “At some level, the film is a love song to particle physics.”

While Levinson is still working to promote Particle Fever, he is also contemplating his next project.

“For some reason, I feel compelled to do something about science and art,” he says. “It feels like something happened [during Particle Fever] that made it concrete, and I have this feeling of carpe diem.”