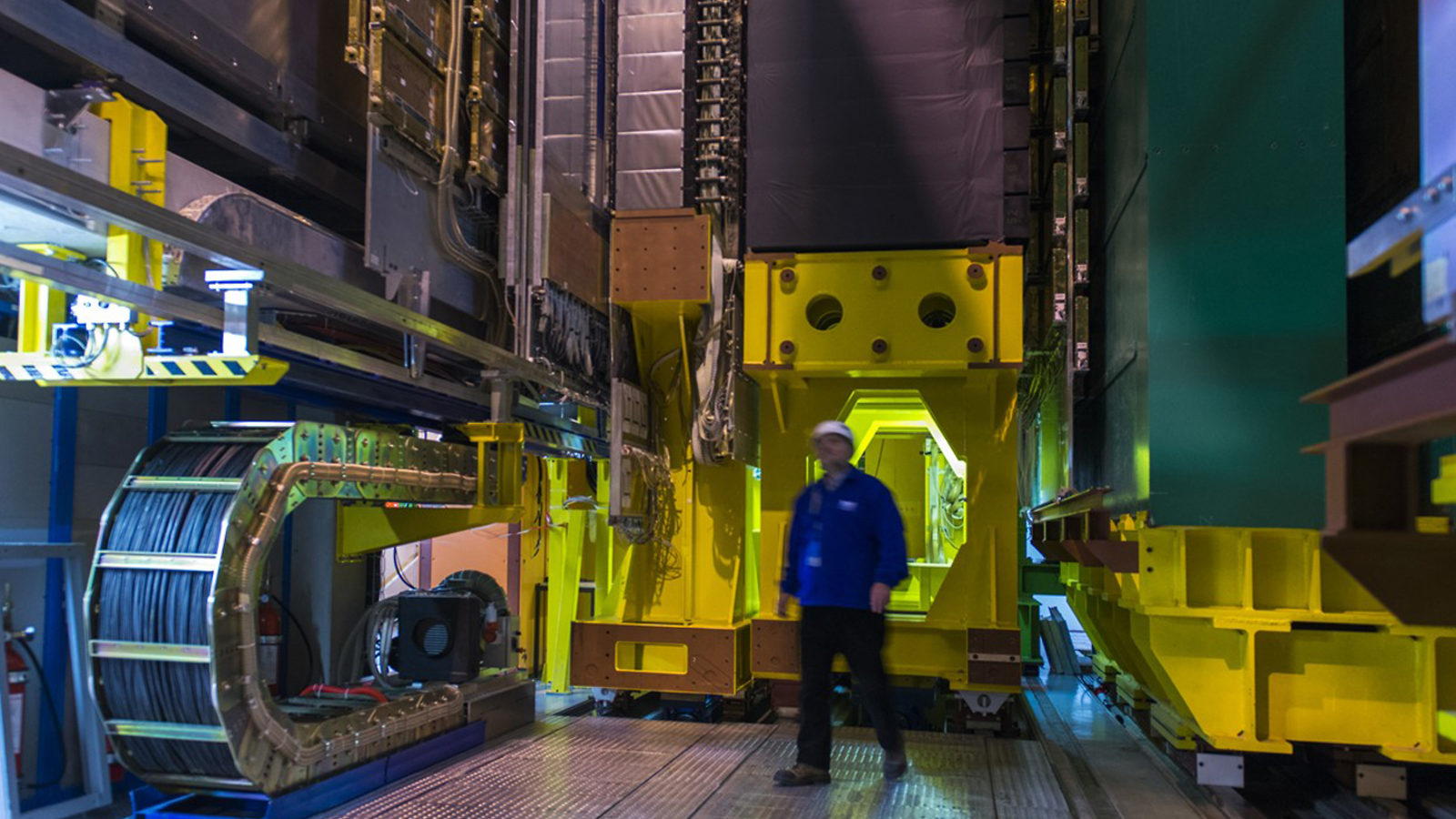 Last week, the Large Hadron Collider experiment LHCb published a result confirming the existence of a rare and exotic particle. This particle breaks the traditional quark model and is a “smoking gun” for a new class of hadrons.

The Belle experiment at the KEK laboratory in Japan had previously announced the observation of such a particle, but it came into question when data from sister experiment BaBar at SLAC laboratory in California did not back up the result.

Now scientists at both the Belle and BaBar experiments consider the discovery confirmed by LHCb.

In the traditional quark model, hadrons consist of bundles of two or three quarks—creating particles such as pions and protons. But this new exotic particle contains four.

“Four-quark states are examples of ‘exotic’ bound states of quarks,” says Syracuse University professor Tomasz Skwarnicki, one of the lead authors on the LHCb paper announcing the result. “I think that our paper will convince remaining skeptics that four-quark hadrons exist.”

The previous skepticism about the four-quark hadron is more than a decade old; Belle and BaBar have studied the particle decays that produce it since the early 2000s.

The two experiments used different techniques in their analyses, says Seoul National University professor and Belle experimentalist Stephen Olsen. But it was difficult for them to come to a consensus, especially considering the comparatively small amount of data they had to use.

LHCb has provided a clearer picture. “When we got our data, we had 10 times more events than both BaBar and Belle, entirely thanks to the LHC,” Skwarnicki says. “We have much better sensitivity.”

LHCb was able to find evidence of this new particle using both Belle and BaBar’s techniques.

“I think that the significance of the LHCb result is convincing,” says Fabio Anulli, the BaBar physics coordinator and a researcher at INFN laboratory in Italy. “This result adds a new important piece of information for understanding the nature of the so-called ‘exotic’  states.”

“We never doubted our analysis, but nobody accepts a result until it is confirmed by somebody,” Olsen says. “It took seven years for LHCb to confirm us.”