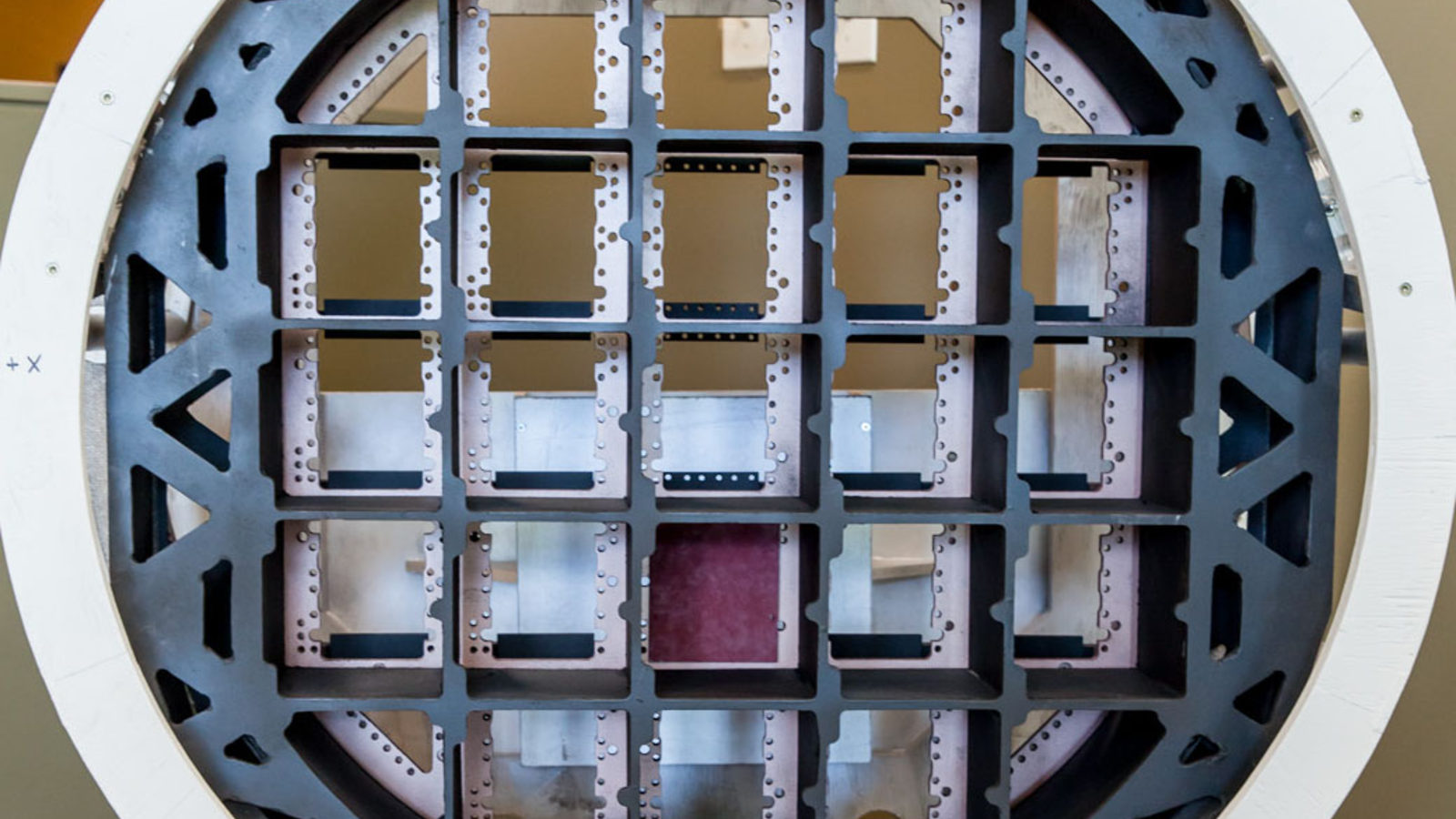 A tinkerer models a cosmic camera

An engineer at SLAC laboratory constructed a full-scale model of the Large Synoptic Survey Telescope's cryostat in his spare time.

Tucked into a corner of an office building at SLAC National Accelerator Laboratory is a cylindrical object about a meter in diameter and punctured by a grid of square holes.

It would be perfectly at home in a state-of-the-art laboratory except for one thing: It’s made entirely of wood. The cylinder is a hand-built model of a part of the camera for the Large Synoptic Survey Telescope.

Starting in 2018, the 8.4-meter LSST, with its 3.2-gigapixel camera, will study the night sky from a mountaintop in Chile. Its mission calls for the telescope to explore the farthest reaches of space and time as it searches for signs of dark matter and dark energy, and also to investigate our own backyard—astronomically speaking—as it looks for near-Earth asteroids and studies the Milky Way and our solar system.

When it's completed, the LSST camera will be the biggest digital camera in existence. Twice each week, the camera will photograph the entire night sky visible from its mountain-top perch in Chile and will capture fainter objects than any other camera currently in operation.

The wooden model is a full-scale mock-up of the camera’s cryostat, which will keep the camera’s delicate sensors and their custom-built electronics in a vacuum at minus 100 degrees Celsuis. The cold prevents excited electrons in the semi-conducting material of the sensors from activating pixels in the camera and ruining the images.

J Langton (pictured below), a mechanical engineer at SLAC who works on the cryostat, built the model in his garage during a recent vacation.

"I just started building bits and pieces of it out of scraps" using tools he originally purchased for a home remodeling project, he says.

Langton made the model of plywood, medium-density fiberboard, and a harder version of the fiberboard called hard board, all time-honored tinkerer's materials.

"I built this to see how all the parts fit together,” he says. “It's not perfect, of course, but it can tell us to some extent how much clearance we need in different areas and what tolerances we're looking at."

The grid of holes in the real cryostat's face will hold the camera’s star-searching sensors and their electronics, while four triangular-shaped holes at the corners will hold other types of sensors that help guide the telescope and check the camera focus.

As office art, the model has a vaguely steampunk feel. But in reality, it helps Langton and his coworkers picture precisely what they are creating: something no one has ever built before. 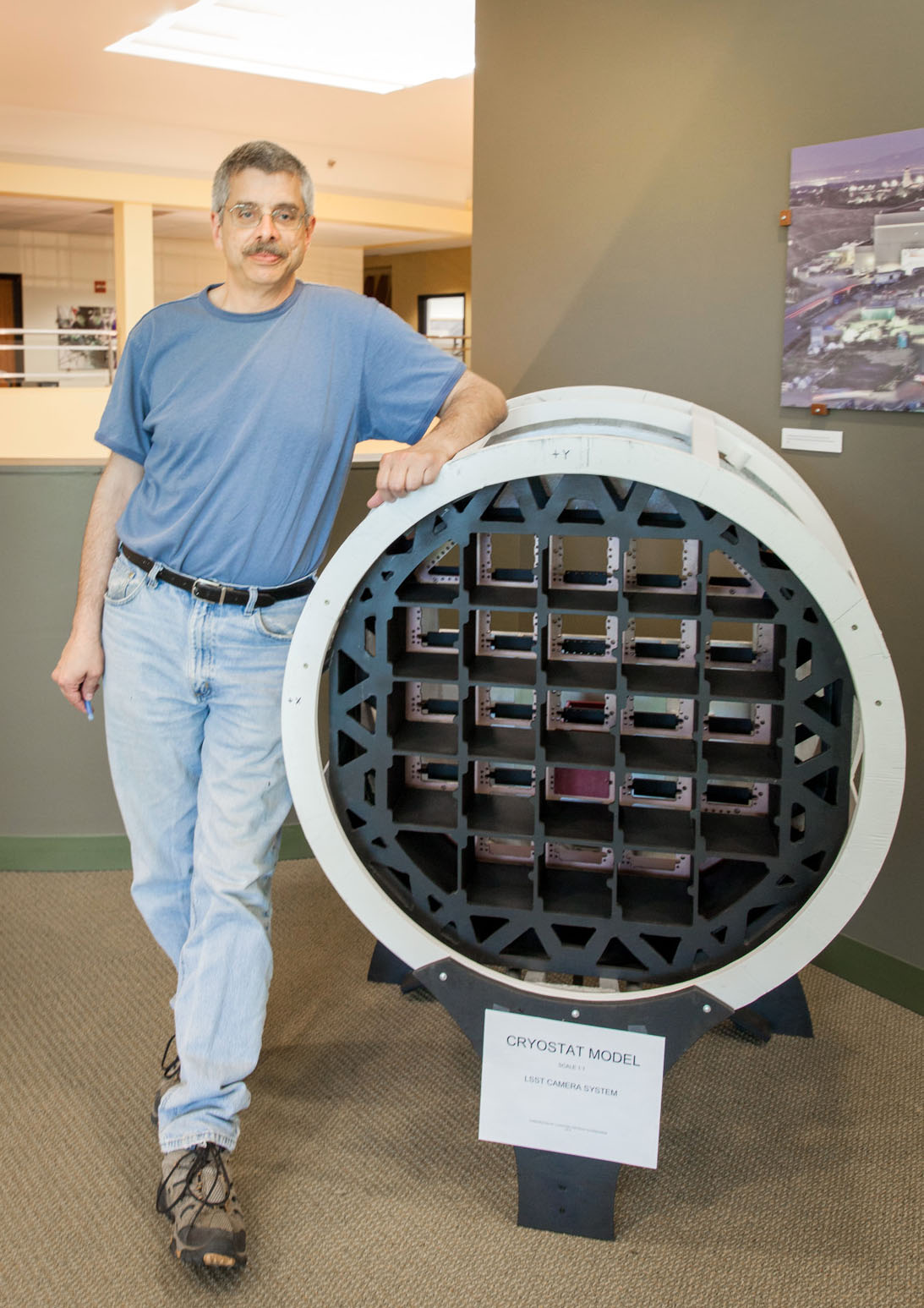 Fabricio Sousa, SLAC National Accelerator Laboratory
Like what you see? Sign up for a free subscription to symmetry!
Follow
Use your browser’s print dialog box to create a pdf.
Popular on symmetry