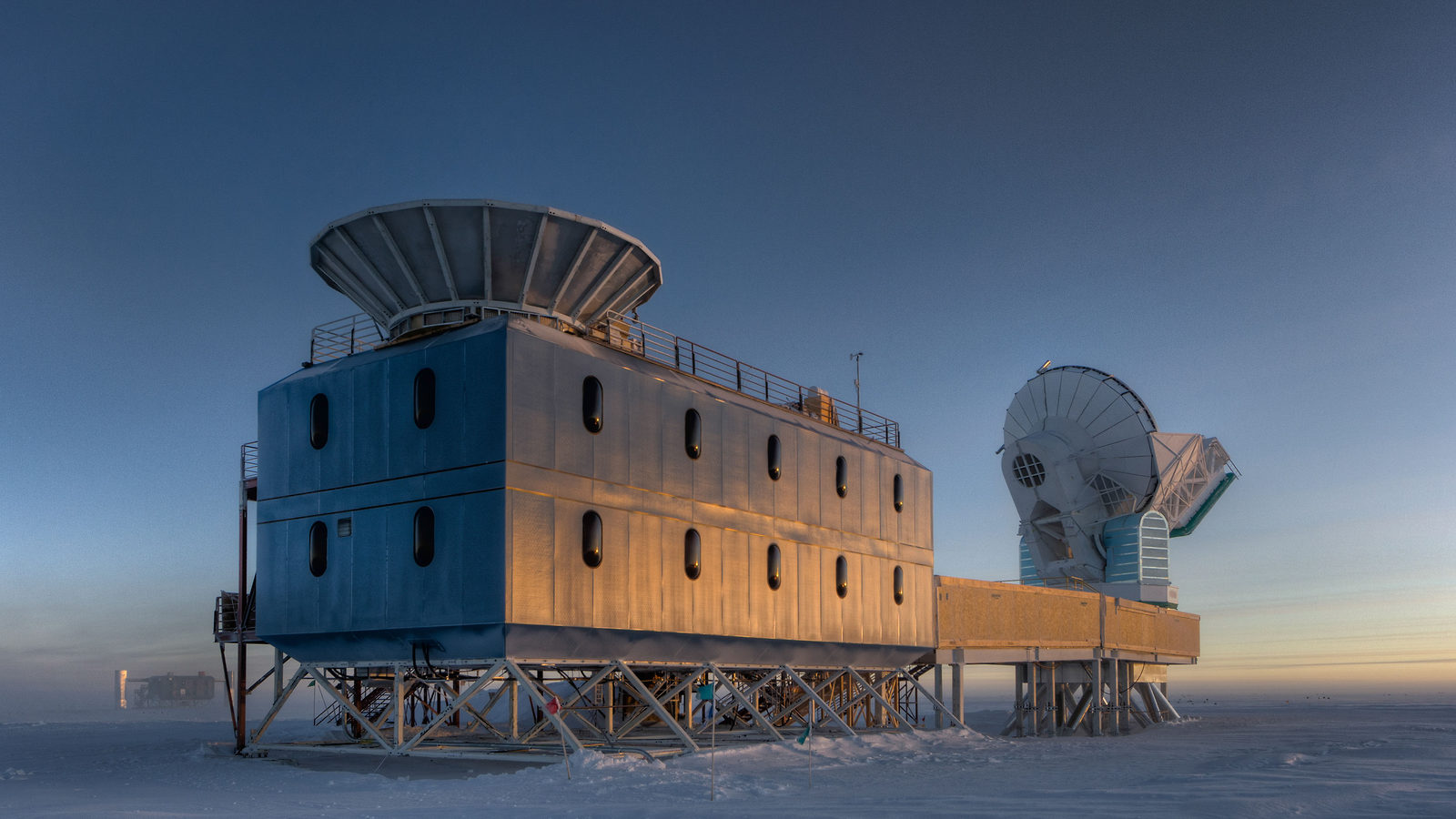 Last month, scientists on the BICEP2 experiment announced the first hard evidence for cosmic inflation, the process by which the infant universe swelled from microscopic to cosmic size in an instant.

Scientists have thought for more than three decades that we might someday find such a signal, so the discovery was not entirely unexpected. What was unexpected, however, was just how strong the signal turned out to be.

“The theoretical community is abuzz,” theorist Michael Turner, director of the Kavli Institute for Cosmological Physics and a University of Chicago professor, said in a recent discussion. “We got the signal we were looking for—that’s good—but we shouldn’t have gotten one according to the highbrow theorists because they say it should be too small. So we got a surprise. And often in science, that’s the case. We like for the experimenters to find what we predict, but we also like surprises.”

The BICEP2 experiment—the second generation of the Background Imaging of Cosmic Extragalactic Polarization experiment—consists of a telescope at the South Pole (pictured above, on left) built to look back to the universe’s first light.

Turner moderated a conversation, broadcast as a Google+ Hangout, about the result with BICEP2 postdoctoral researcher Walter Ogburn of the Kavli Institute for Particle Astrophysics and Cosmology at Stanford University; KICP Deputy Director John Carlstrom, who leads two other experiments that study the early universe; and BICEP2 physicist Abigail Vieregg, a professor at the University of Chicago and KICP.

The BICEP2 surprise is still so new that additional implications keep coming to light each week. It’s already clear that the result rules out many theoretical models of inflation—most of them, in fact—because they predict a signal much weaker than the one detected. In addition, the discovery also seems to disprove a theory that says that the universe expands, collapses and expands again in an ongoing cycle.

“It’s a funny thing when you’re on the inside of a discovery like this,” Vieregg said during the Google+ Hangout. “It’s only when you release the results to the world and watch the reaction of the community that, at least for me, it really hits home how important it is. If this is what we think it is, it’s a very big deal.”

Turner said the result could very well be a “crack in the cosmic egg,” offering clues that even the most accepted theoretical assumptions contain inaccuracies.

“Maybe we need to… allow some new physics in there,” Carlstrom said. “Maybe there are more neutrinos. Maybe they’re more massive than we thought. Or maybe it’s something none of us have thought of yet.”

Theorists will carefully consider these ideas and their implications over the coming months and years. Meanwhile, the signal still needs to be experimentally confirmed.

Results from other telescopes, including the Planck satellite and the South Pole Telescope, are expected in the coming year. After that, the next step will be to measure the signal’s intricacies, searching for evidence of how inflation started and how exactly the universe worked in its high-energy infancy. Those results, in turn, may shed light on some of our biggest questions about how the universe began and how the forces of nature are unified.

This article is based on a Kavli Foundation press release.