A new facility opens for experiments in SLAC’s historic End Station A, where the first evidence for quarks was discovered. 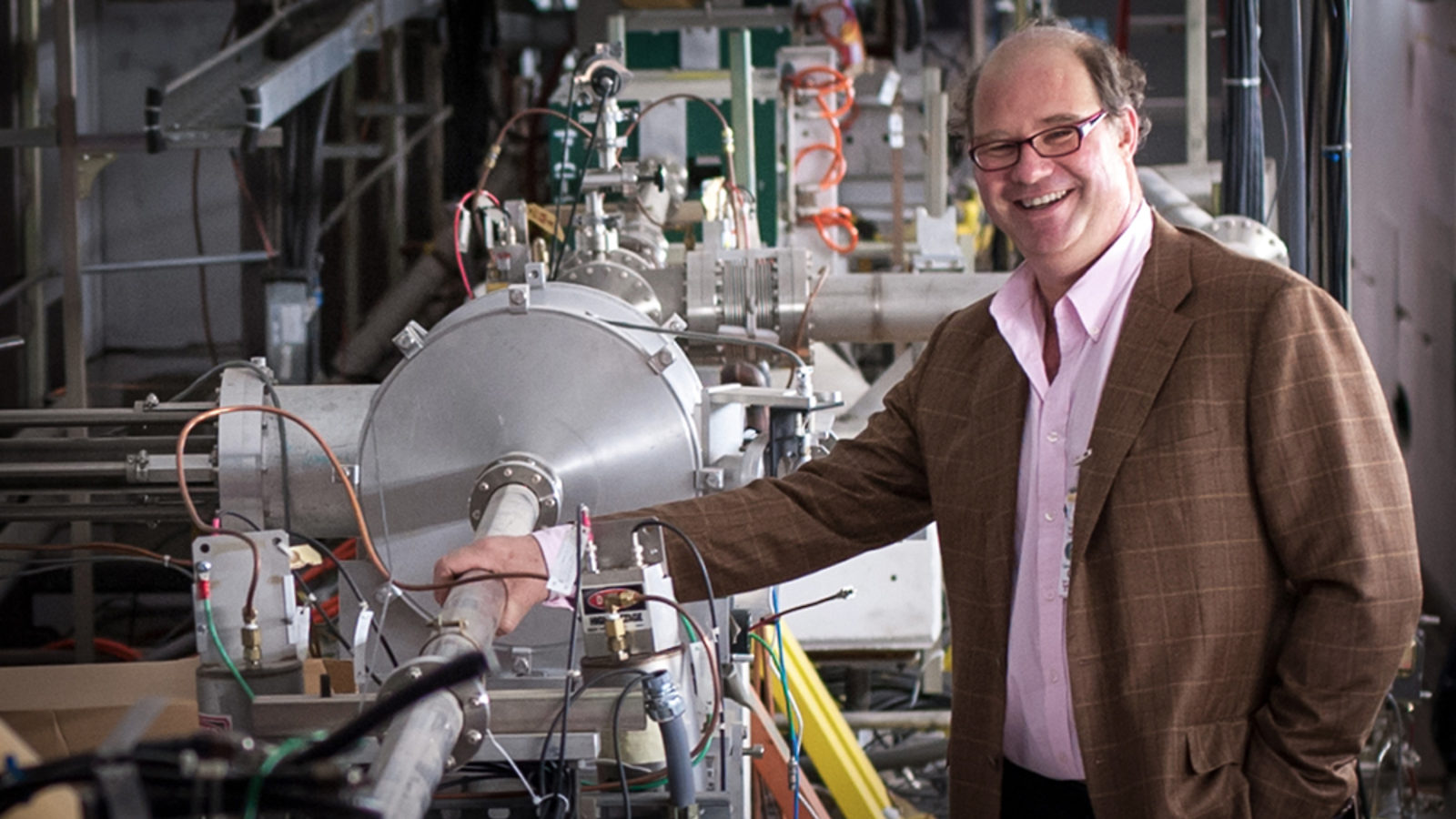 Electrons are once again streaming into SLAC’s End Station A, setting the stage for a new facility in the huge, concrete hall where the first evidence for quarks was discovered.

It was there that a research team including SLAC and MIT physicists used SLAC’s electron beam to discover that protons in the atomic nucleus were composed of smaller entities called quarks. That research led to the 1990 Nobel Prize in Physics.

The new facility, called the End Station Test Beam, will host experiments that test detector parts and experiments that will aid in the design of a proposed international linear collider project.

The first experiment, which will be carried out by SLAC researchers as part of the commissioning process, is being installed this week. The first outside users are expected to arrive in about a month.

Researchers will use a new beamline fed by billion-particle bunches of high-energy electrons diverted from the laboratory’s Linac Coherent Light Source. LCLS uses the energetic electrons to create a powerful X-ray laser beam for research that reveals unprecedented detail on the atomic scale.

Work on the new facility began in 2010. Crews installed two “kicker magnets” that grab electron bunches from SLAC’s linear accelerator and bend them through a 24-degree left turn into a long metal pipe leading to the End Station Test Beam experiments.

In addition to using the End Station Test Beam’s electron bunches directly, researchers will also be able to smash the beam into either a copper or phosphor-coated aluminum screen, which creates showers of lower-energy “secondary” electrons. These electrons can be sliced, diced and collimated in energy and number according to the experimenter’s needs—even down to producing single electrons at various energies for detector R&D.

When fully operational, the test station will host about 20 to 30 experiments per year.

A version of this article was originally published in SLAC Today.