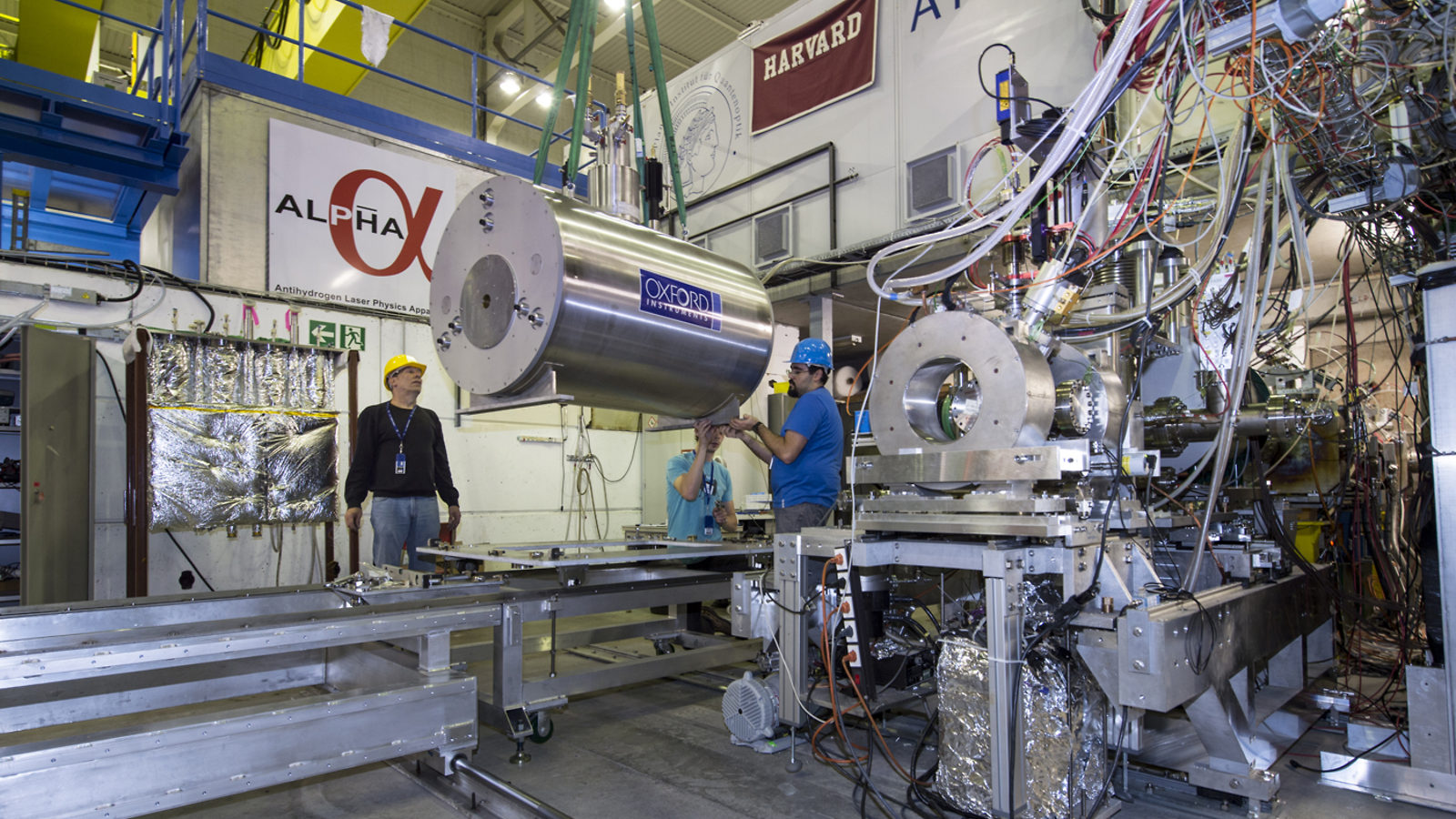 What goes up must come down, the saying goes. But things might work a little differently with antimatter.

A CERN-based experiment has taken the first step in investigating exactly how antimatter interacts with gravity.

According to standard theories, the gravitational properties of antimatter particles should mimic those of matter particles. If it turns out that there is a difference, it will be a sign of dramatically new physics.

So far, no one has been able to test directly how antimatter interacts with gravity—but the ALPHA experiment has begun to try.

“It was kind of by accident,” says Joel Fajans, ALPHA member and professor at the University of California, Berkeley. “We didn’t set out to investigate gravity, but we realized that the data we had already collected on trapped antihydrogen atoms might be sensitive to gravity.” While the current experiment’s sensitivity isn’t high enough for the team to see an unambiguous affect, this is the first step to more precise studies.

The ALPHA experiment’s main purpose is to trap and study antihydrogen atoms, the antimatter partners of hydrogen atoms. The antihydrogen atoms are held in place inside a tube by magnetic forces. Physicists on ALPHA have trapped more than 500 antiatoms since 2010. They keep them in their trap for up to about 16 minutes. When they turn off their magnets, the antiatoms fall out of the trap. A highly sensitive detector tracks the antiatoms and records where they first come in contact with matter and annihilate.

“Since antimatter was discovered, people have been speculating that antimatter might have different gravitational properties than matter,” Fajans says.

This difference, labeled antigravity, could be anything from a slight deviation from how matter interacts with gravity (say, antimatter falls down, but at a trivially slower rate) to an equal and opposite repulsion to gravity’s attraction.

“A minor difference in the gravitational response of antimatter is much more theoretically plausible, but any difference at all would require a rethinking of our current theories,” says Jay Tasson, a theoretical physicist and assistant professor at Carleton College. “It would shake our understanding of general relativity and of the Standard Model.”

Gravity’s effect on antimatter could also explain a long-standing mystery of our universe—why is there so much more matter than antimatter? If gravity, or another version of gravity, makes antimatter behave differently than ordinary matter, that could be a missing link in our understanding of this imbalance.

Fajans predicts that ALPHA may be able to answer the question of whether or not antimatter falls upward in the next four years or so. Two more experiments at CERN, named AEGIS and GBAR, are also in the works with the primary goal of researching gravity and antimatter, and should yield much more precise answers.

“All the current evidence suggest that everything is boring and normal,” Fajans says. “But there are nagging issues that our current fundamental theories don’t answer.”