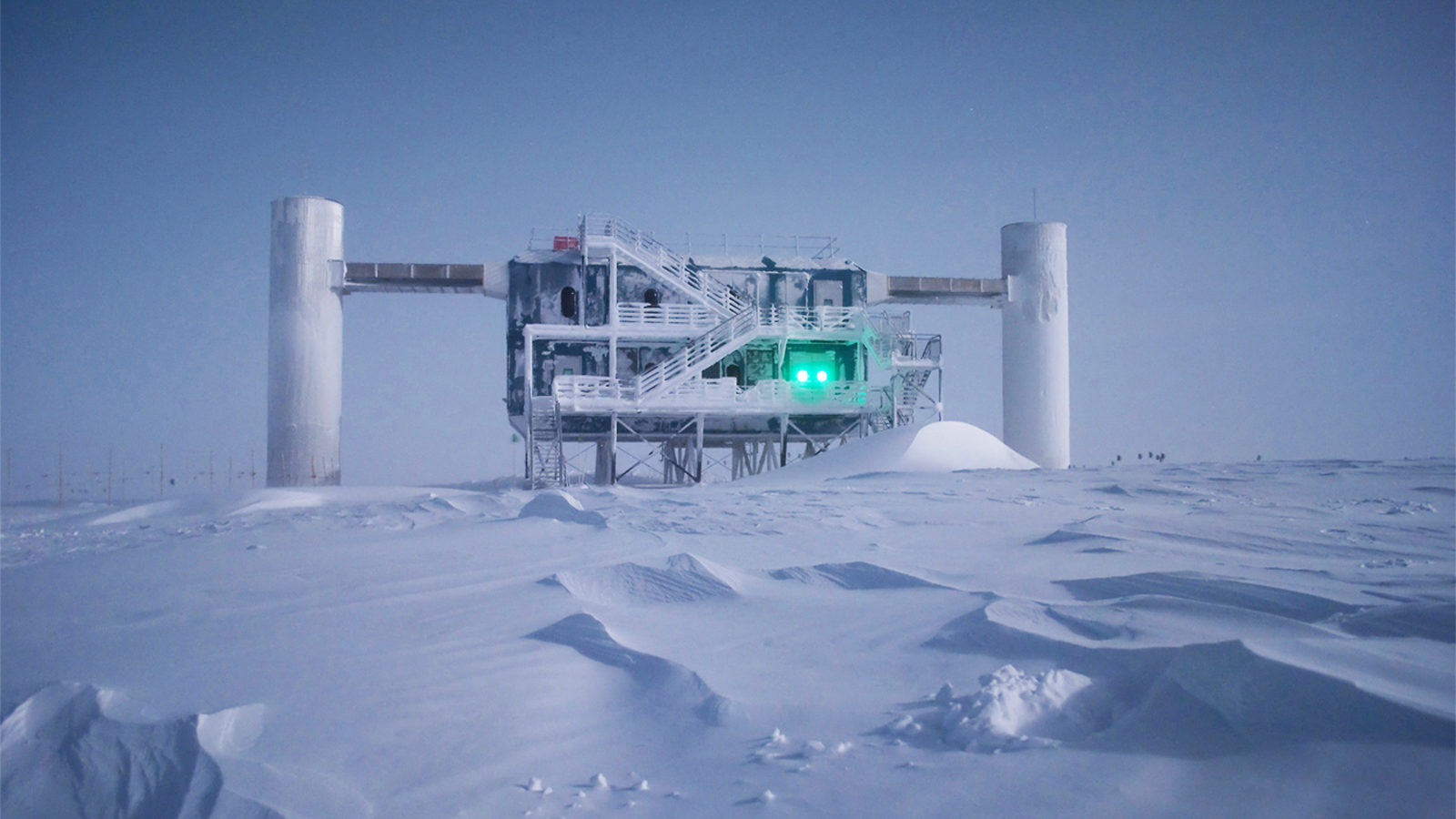 Scientists on a South-Pole-based neutrino experiment reported today that they have detected the two highest-energy neutrinos ever observed.

These particles stomped the competition, coming in with about 10 times the energy of the previous record-holder. Catching them could be an important step toward solving one of the greatest mysteries of modern astrophysics: Where do ultra-high-energy cosmic rays come from?

Neutrinos are useful tools in astrophysics. Unlike more massive, charged particles, they can zip undeterred through the chaos of a collapsing star or escape the edge of a black hole. Galaxies’ magnetic fields hold no sway over them. Neutrinos are often the first particles to bring news of events in space to Earth, beating even light.

Scientists designed the IceCube detector, an array of 5160 optical sensors suspended in a cubic kilometer of polar ice, to study these astronomical messengers. IceCube catches a neutrino about once every six minutes. The vast majority of these particles have energies under 100 tera-electronvolts. They come from collisions 20 kilometers above our heads, in Earth’s atmosphere.

But in data collected between May 2010 and May 2012, IceCube scientists found two neutrinos that stuck out—with energies of about 1000 tera-electronvolts.

“I can tell you, as soon as I saw these events, I knew,” says University of Wisconsin physicist Francis Halzen, principal investigator on the experiment. “You don’t need a computer to tell you this is different. It’s like nothing we’ve ever seen before.”

When a neutrino crashes into a water molecule in the ice, it releases high-energy particles that move so quickly that they emit energy in the form of Cherenkov radiation. IceCube detects this energy. When these two neutrinos collided with the ice, each created an eruption of subatomic particles that stretched as far as six city blocks.

In a diagram in the scientific paper, the two highest-energy neutrinos are labeled “Bert” and “Ernie.” Halzen claims no responsibility for this.

As high-energy as these neutrinos are, they are still small potatoes compared with ultra-high-energy cosmic rays scientists have detected from Earth.

For a century, scientists have sought to find the source of these cosmic rays. But all of the interference they encounter on their trip to Earth makes their paths difficult to follow.

That’s where neutrinos come in. If IceCube continues to catch high-energy neutrinos, it might eventually be able to trace some of them back to a source. That source, whether it turns out to be a gamma-ray burst or an active galactic nucleus, could also be the source of ultra-high-energy cosmic rays.

Some uncertainty remains, however. The likelihood that the neutrino flux from Earth's atmosphere would create two neutrinos like this was evaluated to be less than 3 sigma, giving the result a statistical significance below that required to call it evidence. But the IceCube detector continues to collect data, and scientists have already begun to pick apart these events to determine what direction they came from.

“Now we have something to track down, which we never had before,” Halzen says. “If you spend 15 years collecting atmospheric neutrinos, finally having something to trace is incredibly exciting."