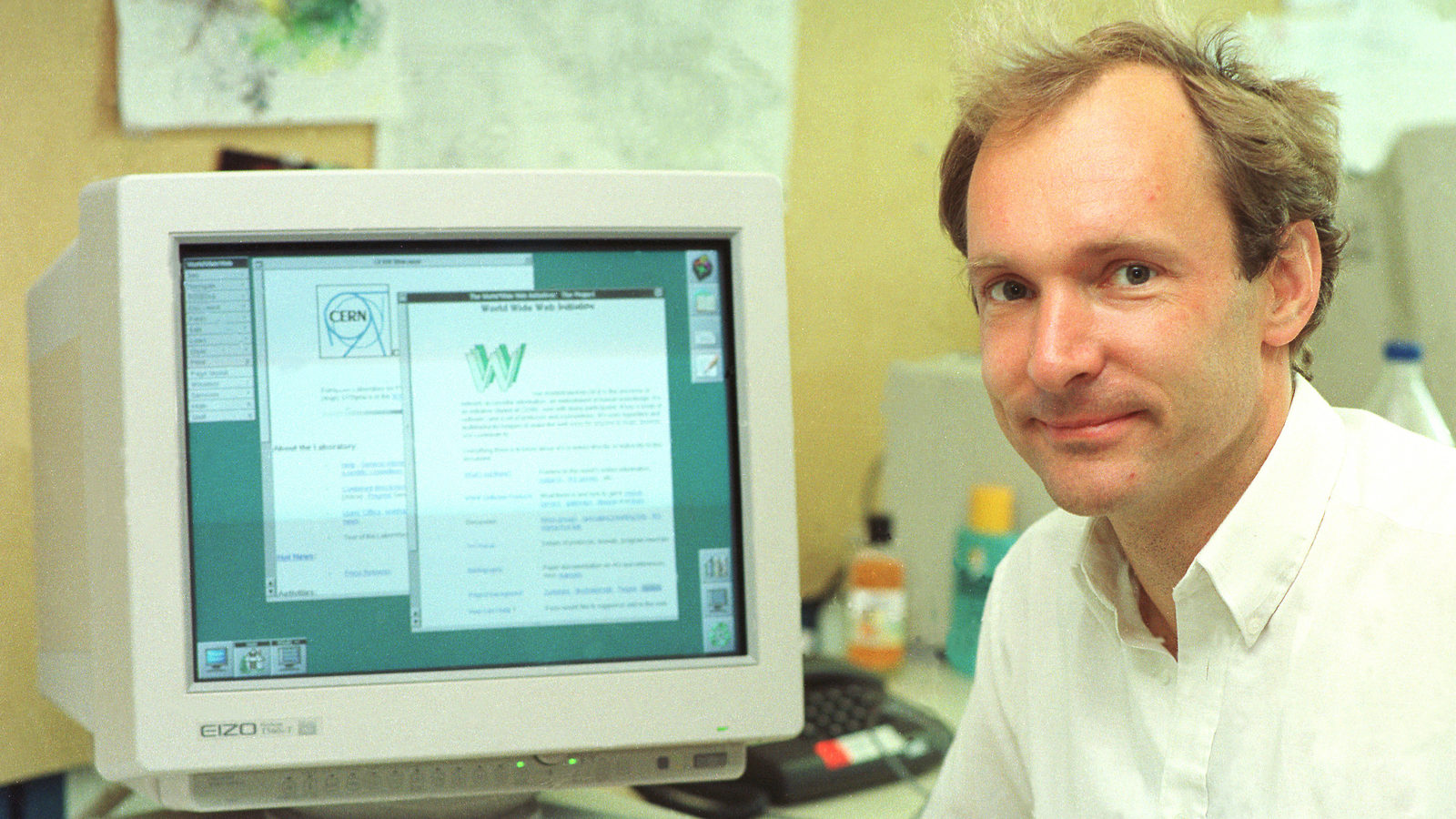 Twenty years ago today, the web was set free. In a statement published by the particle physics laboratory CERN on April 30, 1993, World Wide Web technology became freely available to anyone who wanted to use it, "open source” before such a term even existed.

To mark this anniversary, CERN today launched a project to preserve the first website and other digital effects associated with the web’s beginnings.

The technology and programming code needed to run a web server and a basic browser were invented at CERN by Tim Berners-Lee in 1989. After learning about the development during a visit to CERN in 1991, physicist Paul Kunz established the first web server in North America at SLAC; Fermilab and MIT physicists completed two more webservers shortly thereafter. The pages allowed physicists around the world to share information quickly and openly.

The new CERN project will restore the first URL, re-posting the earliest files. It will also preserve the first web servers, machine names and IP addresses.

"There is no sector of society that has not been transformed by the invention, in a physics laboratory, of the web," says Rolf Heuer, CERN Director-General. "From research to business and education, the web has been reshaping the way we communicate, work, innovate and live. The web is a powerful example of the way that basic research benefits humankind."

The idea for the World Wide Web first appeared in a memo dubbed “vague but exciting.”