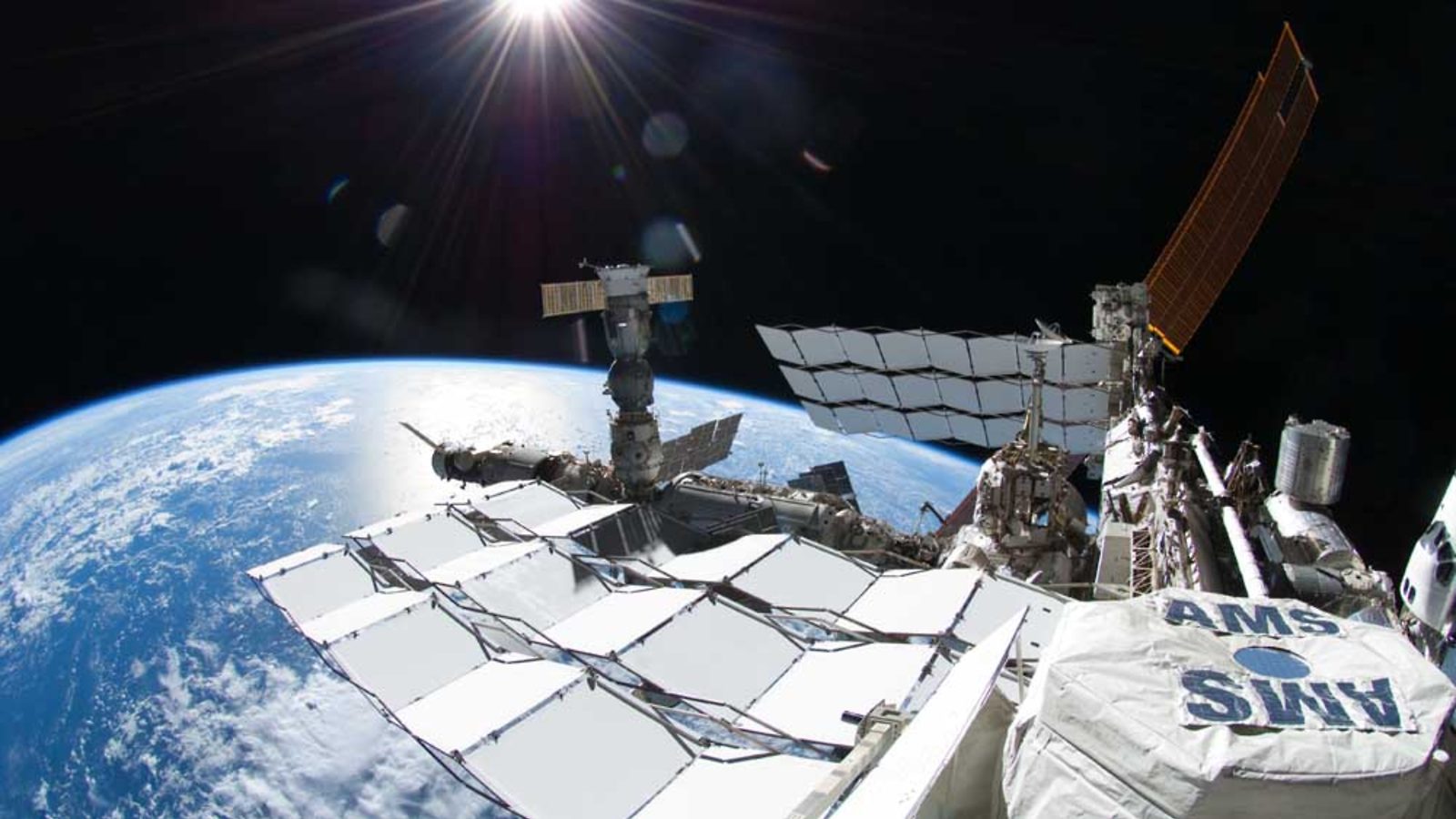 The space-based Alpha Magnetic Spectrometer experiment could be building toward evidence of dark matter, judging by its first result.

The AMS detector does its work more than 200 miles above Earth, latched to the side of the International Space Station. It detects charged cosmic rays, high-energy particles that for the most part originate outside our solar system.

There are two competing explanations for this excess. Extra antimatter particles called positrons could be forming in collisions between unseen dark-matter particles and their antiparticles in space. Or an astronomical object such as a pulsar could be firing them into our solar system.

Luckily, there are a couple of ways to find out which explanation is correct.

If dark-matter particles are the culprits, the excess of positrons should sink suddenly above a certain energy. But if a pulsar is responsible, at higher energies the excess will only gradually disappear.

“The way they drop off tells you everything,” said AMS Spokesperson and Nobel laureate Sam Ting in today’s presentation at CERN, the European center for particle physics.

The AMS result, to be published in Physical Review Letters on April 5, includes data from the energy range between 0.5 and 350 GeV. A graph of the flux of positrons over the flux of electrons and positrons takes the shape of a valley, dipping in the energy range between 0.5 to 10 GeV and then increasing steadily between 10 and 250 GeV. After that point, it begins to dip again—but the graph cuts off just before one can tell whether this is the great drop-off expected in dark matter models or the gradual fade-out expected in pulsar models. This confirms previous results from the PAMELA experiment, with greater precision.

Ting smiled slightly while presenting this cliffhanger, pointing to the empty edge of the graph. “In here, what happens is of great interest,” he said.

“We, of course, have a feeling what is happening,” he said. “But probably it is too early to discuss that.”

Ting kept mum about any data collected so far above that energy, telling curious audience members to wait until the experiment had enough information to present a statistically significant result.

“I’ve been working at CERN for many years. I’ve never made a mistake on an experiment,” he said. “And this is a very difficult experiment.”

A second way to determine the origin of the excess of positrons is to consider where they’re coming from. If positrons are hitting the detector from all directions at random, they could be coming from something as diffuse as dark matter. But if they are arriving from one preferred direction, they might be coming from a pulsar.

So far, the result leans toward the dark-matter explanation, with positrons coming from all directions. But AMS scientists will need to collect more data to say this for certain.

The result came from the analysis of 25 billion cosmic-ray events recorded in an 18-month span in 2011 and 2012. In that time, AMS scientists identified about 6.4 million electrons and more than 400,000 positrons.

And yet, this represents only about 10 percent of the amount of data AMS scientists plan to collect. They will release their next result “slowly,” Ting said. It has already taken 18 years of painstaking work to get to this point.

“I think in the next 20 years, probably nobody’s foolish enough to repeat what we’re doing,” he said. “And therefore, we want to do it correctly.”