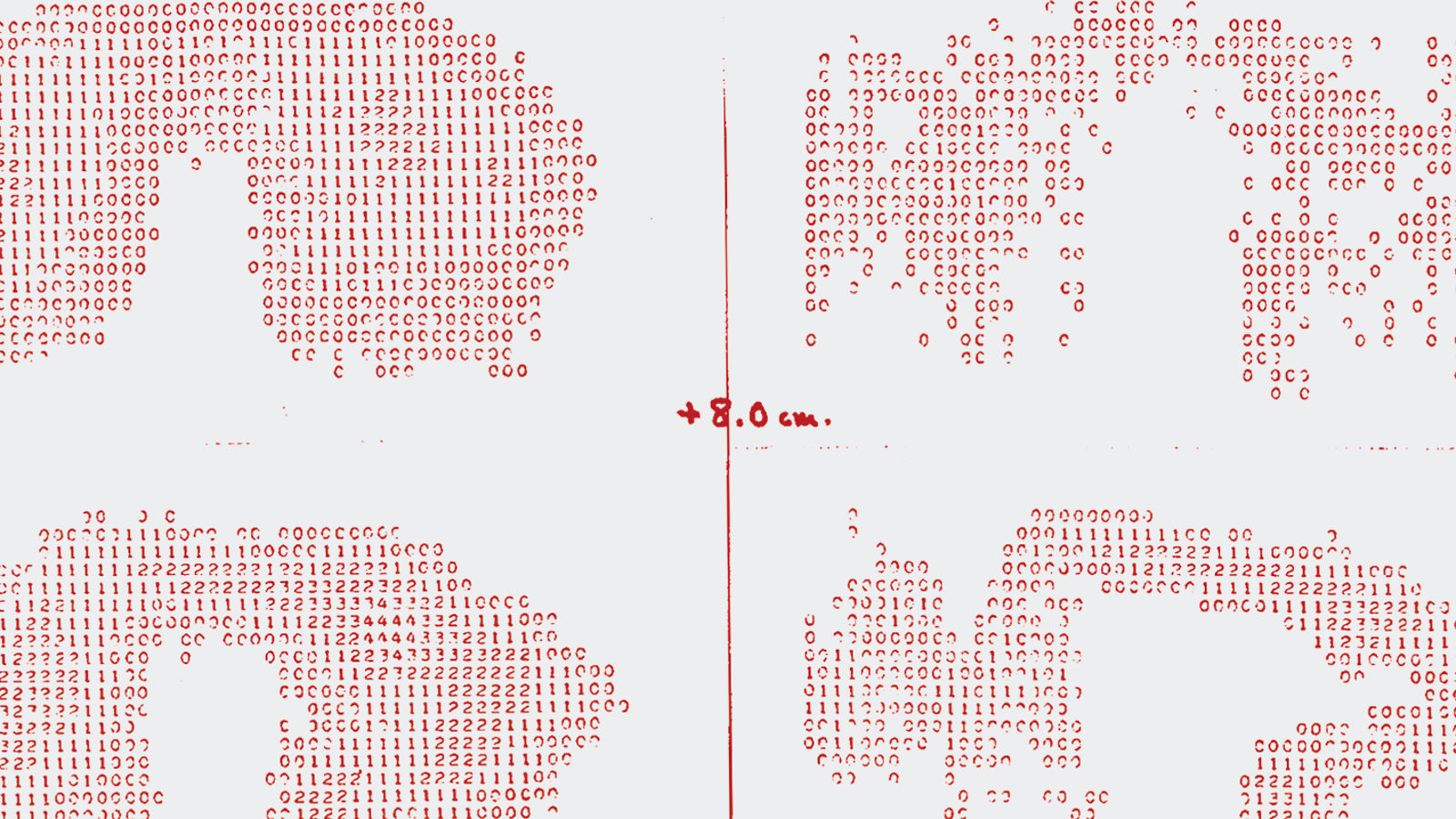 Scientists have sought to create better medical imaging techniques ever since Wilhelm Röntgens 1896 discovery that X-rays can reveal bones and other anatomical structures in a noninvasive way. These images of the skeleton of a mouse, taken by a small group of scientists at CERN in 1977, were an early attempt to improve a method now known as Positron Emission Tomography (PET).

The PET technique “illuminates” biological systems from the inside. The first step in this process is to inject short-lived radioisotopes into the subject. The isotopes decay and emit positrons, which annihilate and give rise to photons that emerge from the subject to be captured by a detector. A computer uses the resulting data to construct an image.

In this case, CERN radiobiologist Marilena Streit-Bianchi injected a mouse with a small amount of sodium fluoride labeled with the positron emitter fluorine-18, which was absorbed into the mouses skeleton. As the fluorine-18 released its positrons, they annihilated immediately, creating pairs of photons that traveled in opposite directions along a straight line.

To record the pairs of photons, physicists Alan Jeavons and David Townsend placed a new type of particle detectorthe high-density avalanche chamberto the left and right of the mouse. The left column of images shows the raw data recorded by the detectors. A computer program, written by Townsend and stored on punch cards, used the data to reconstruct the actual annihilation locations. This revealed the distribution of sodium fluoride in the bones, shown in the right column with the mouses skull on the left and its tail on the right.

Both Jeavons and Townsend went on to devote their careers to improving medical imaging. Jeavons started a company, Oxford Positron Systems, which still produces high-resolution PET systems to image small animals. Townsend is now a professor of medicine and radiology at the University of Tennessee. In 2004, he won the Clinical Scientist of the Year Award from the Academy of Molecular Imaging for his co-invention, with Ron Nutt, of the combined PET/CT scanner. 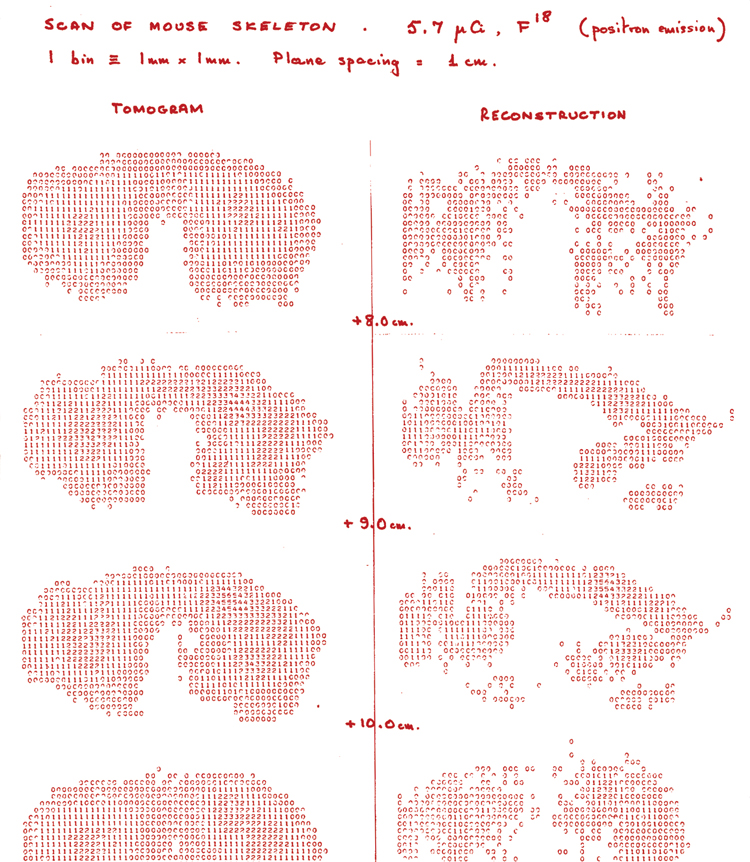 CERN Courier
Follow
Use your browser’s print dialog box to create a pdf.
Popular on symmetry