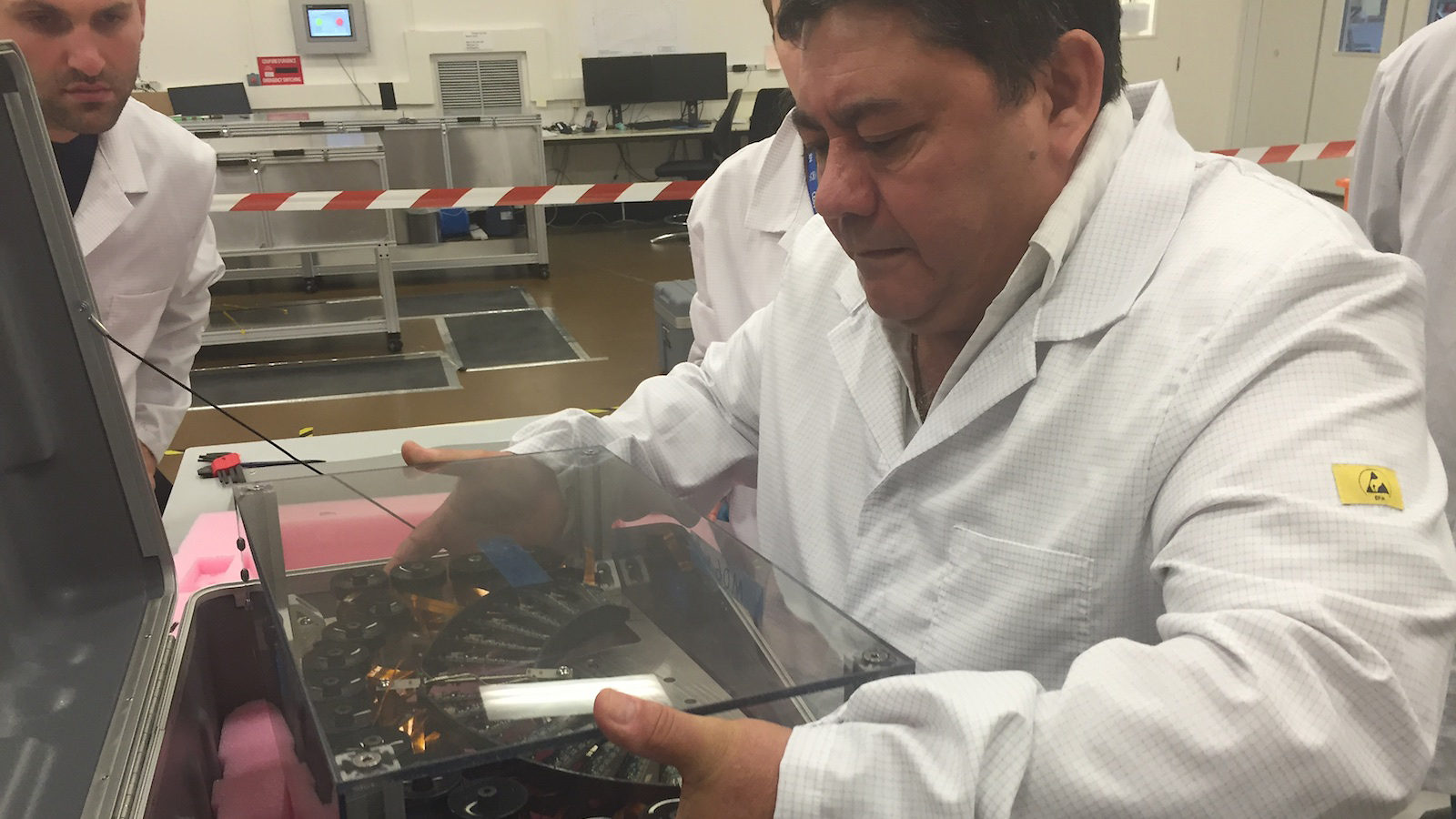 “We have a long history of shipping particle detectors through commercial carriers and having them arrive broken,” says Conway, who is a physicist at the University of California, Davis. “So in 2007 we decided to start carrying them ourselves. Our equipment is our baby, so who better to transport it than the people whose work depends on it?”

Their instrument isn’t musical, but it’s just as fragile and irreplaceable as a vintage Italian cello, and it travels the same way. Members of the collaboration for the CMS experiment at CERN research center tested different approaches for shipping the instrument by embedding accelerometers in the packages. Their best method for safety and cost-effectiveness? Reserving a seat on the plane for the delicate cargo.

In November Conway accompanied parts of the new CMS pixel detector from the Department of Energy's Fermi National Accelerator Laboratory in Chicago to CERN in Geneva. The pixels are very thin silicon chips mounted inside a long cylindrical tube. This new part will sit in the heart of the CMS experiment and record data from the high-energy particle collisions generated by the Large Hadron Collider.

“It functions like the sensor inside a digital camera,” Conway said, “except it has 45 megapixels and takes 40 million pictures every second.”

Scientists and engineers assembled and tested these delicate silicon disks at Fermilab before Conway and two colleagues escorted them to Geneva. The development and construction of the component pieces took place at Fermilab and universities around the United States.

Conway and his colleagues reserved each custom-made container its own economy seat and then accompanied these precious packages through check-in, security and all the way to their final destination at CERN. And although these packages did not leave Fermilab through the shipping department, each carried its own official paperwork.

“We’d get a lot of weird looks when rolling them onto the airplane,” Conway says. “One time the flight crew kept joking that we were transporting dinosaur eggs.”

After four trips by three people across the Atlantic, all 12 components of the US-built pixel detectors are at CERN and ready for integration with their European counterparts. This winter the completed new pixel detector will replace its time-worn predecessor currently inside the CMS detector.