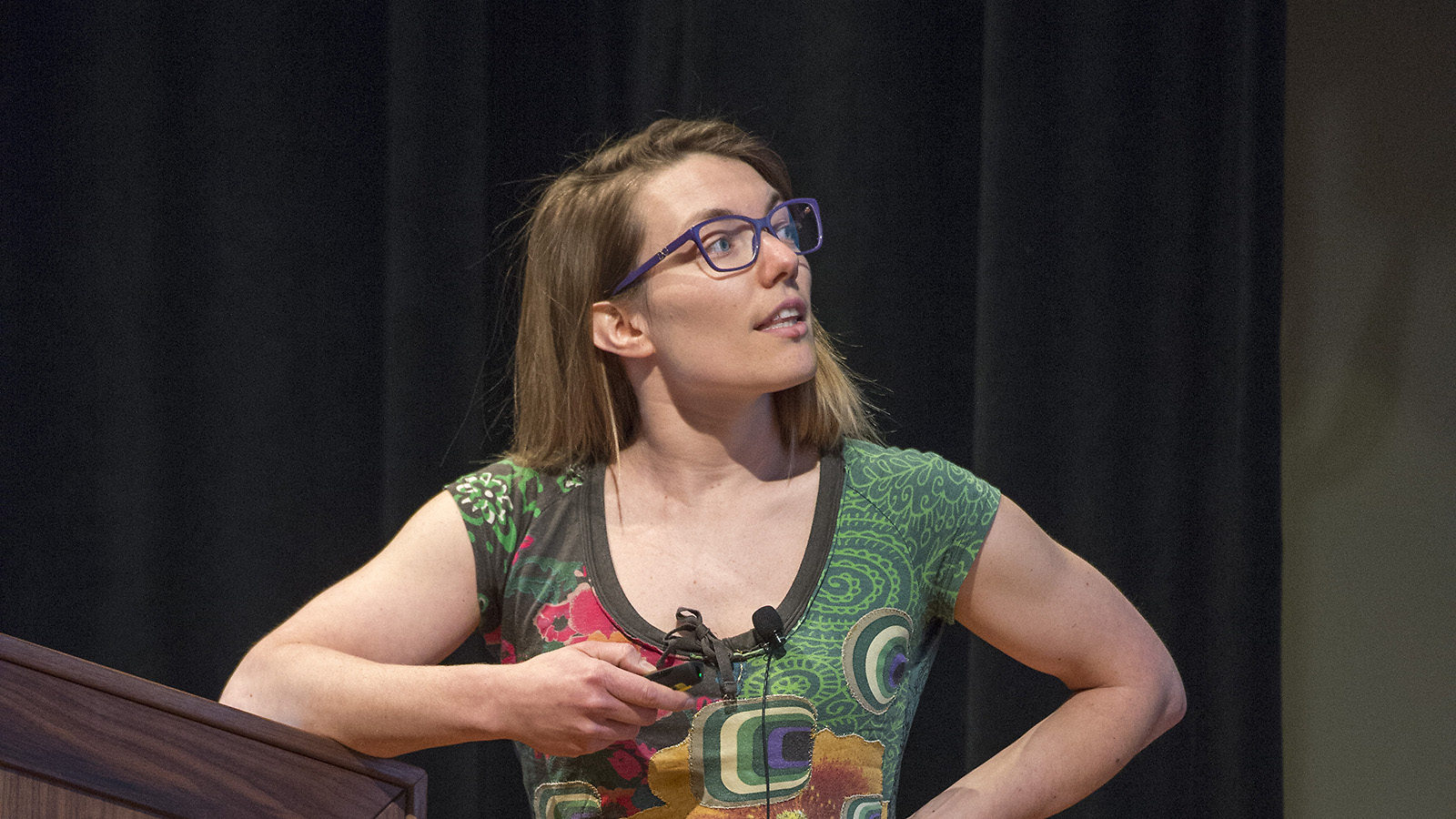 Physicist Angela Fava has been at the enormous ICARUS detector’s side for over a decade. As an undergraduate student in Italy in 2006, she worked on basic hardware for the neutrino hunting experiment: tightening bolts and screws, connecting and reconnecting cables, learning how the detector worked inside and out.

ICARUS (short for Imaging Cosmic And Rare Underground Signals) first began operating for research in 2010, studying a beam of neutrinos created at European laboratory CERN and launched straight through the earth hundreds of miles to the detector’s underground home at INFN Gran Sasso National Laboratory.

In 2014, the detector moved to CERN for refurbishing, and Fava relocated with it. In June ICARUS began a journey across the ocean to the US Department of Energy’s Fermi National Accelerator Laboratory to take part in a new neutrino experiment. When it arrives today, Fava will be waiting.

Fava will go through the installation process she helped with as a student, this time as an expert. 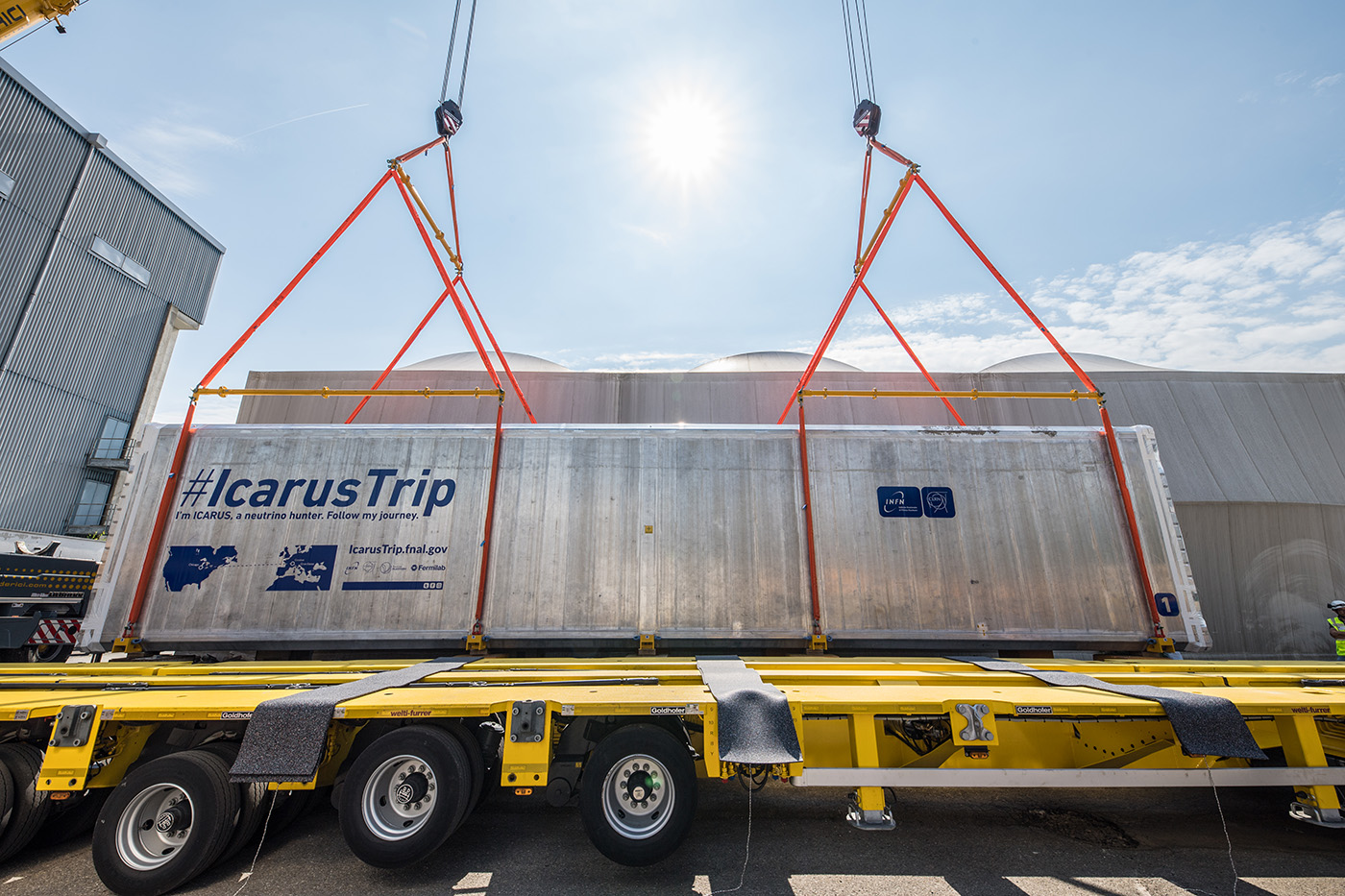 As a child growing up between Venice and the Alps, Fava always thought she would pursue a career in math. But during a one-week summer workshop before her final year of high school in 2000, she was drawn to experimental physics.

At the workshop, she realized she had more in common with physicists. Around the same time, she read about new discoveries related to neutral, rarely interacting particles called neutrinos. Scientists had recently been surprised to find that the extremely light particles actually had mass and that different types of neutrinos could change into one another. And there was still much more to learn about the ghostlike particles.

At the start of college in 2001, Fava immediately joined the University of Padua neutrino group. For her undergraduate thesis research, she focused on the production of hadrons, making measurements essential to studying the production of neutrinos. In 2004, her research advisor Alberto Guglielmi and his group joined the ICARUS collaboration, and she’s been a part of it ever since.

Fava jests that the relationship actually started much earlier: “ICARUS was proposed for the first time in 1983, which is the year I was born. So we are linked from birth.”

Fava remained at the University of Padua in the same research group for her graduate work. During those years, she spent about half of her time at the ICARUS detector, helping bring it to life at Gran Sasso.

Once all the bolts were tightened and the cables were attached, ICARUS scientists began to pursue their goal of using the detector to study how neutrinos change from one type to another.

During operation, Fava switched gears to create databases to store and log the data. She wrote code to automate the data acquisition system and triggering, which differentiates between neutrino events and background such as passing cosmic rays. “I was trying to take part in whatever activity was going on just to learn as much as possible,” she says.

That flexibility is a trait that Claudio Silverio Montanari, the technical director of ICARUS, praises. “She has a very good capability to adapt,” he says. “Our job, as physicists, is putting together the pieces and making the detector work.” 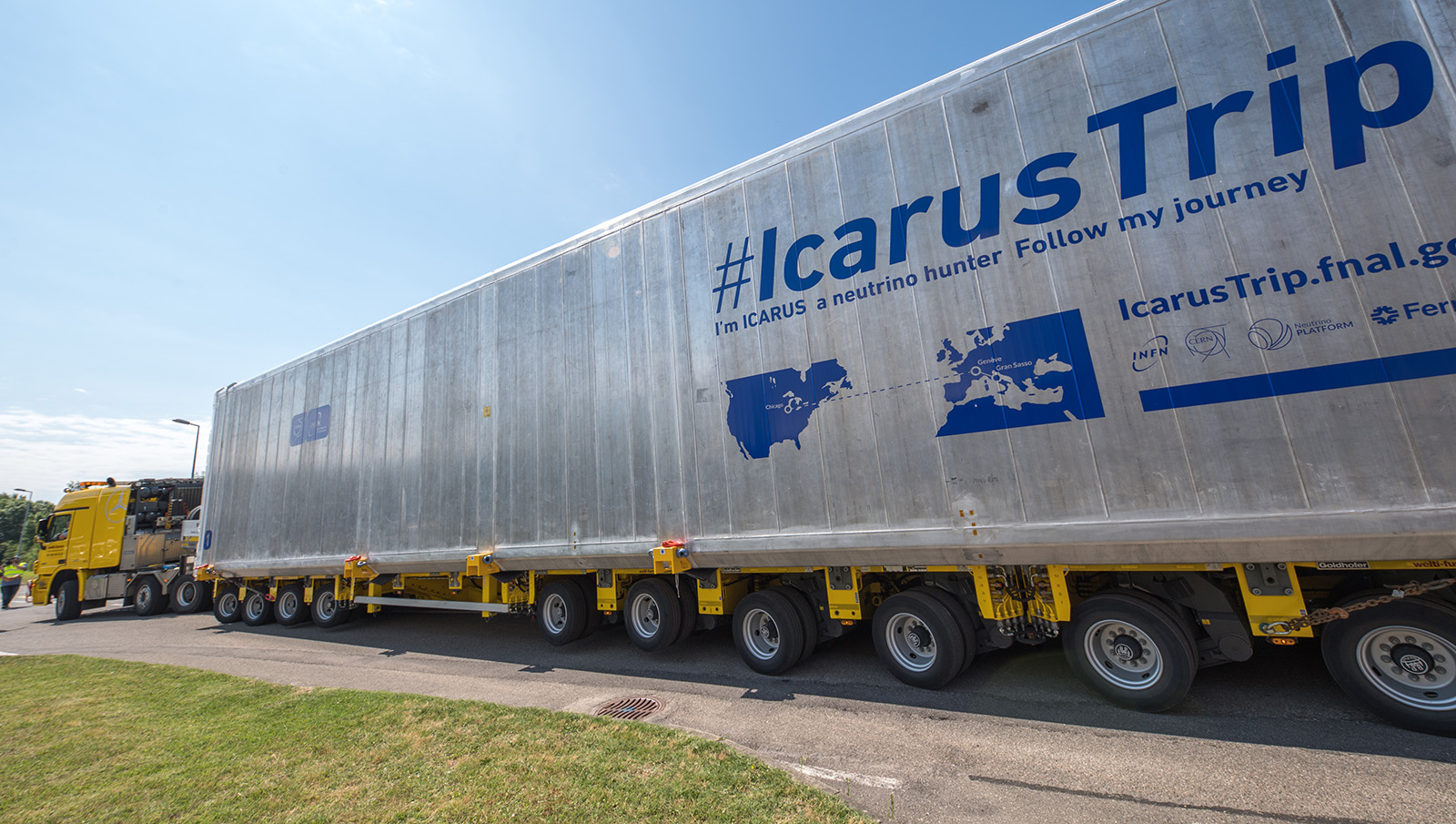 Adapting to changing circumstances is a skill both Fava and ICARUS have in common. When scientists proposed giving the detector an update at CERN and then using it in a suite of neutrino experiments at Fermilab, Fava volunteered to come along for the ride.

Once installed and operating at Fermilab, ICARUS will be used to study neutrinos from a source a few hundred meters away from the detector. In its new iteration, ICARUS will search for sterile neutrinos, a hypothetical kind of neutrino that would interact even more rarely than standard neutrinos. While hints of these low-mass particles have cropped up in some experiments, they have not yet been detected.

At Fermilab, ICARUS also won’t be buried below more than half a mile of rock, a feature of the INFN setup that shielded it from cosmic radiation from space. That means the triggering system will play an even bigger role in this new experiment, Fava says.

“We have a great challenge ahead of us.” She’s up to the task.