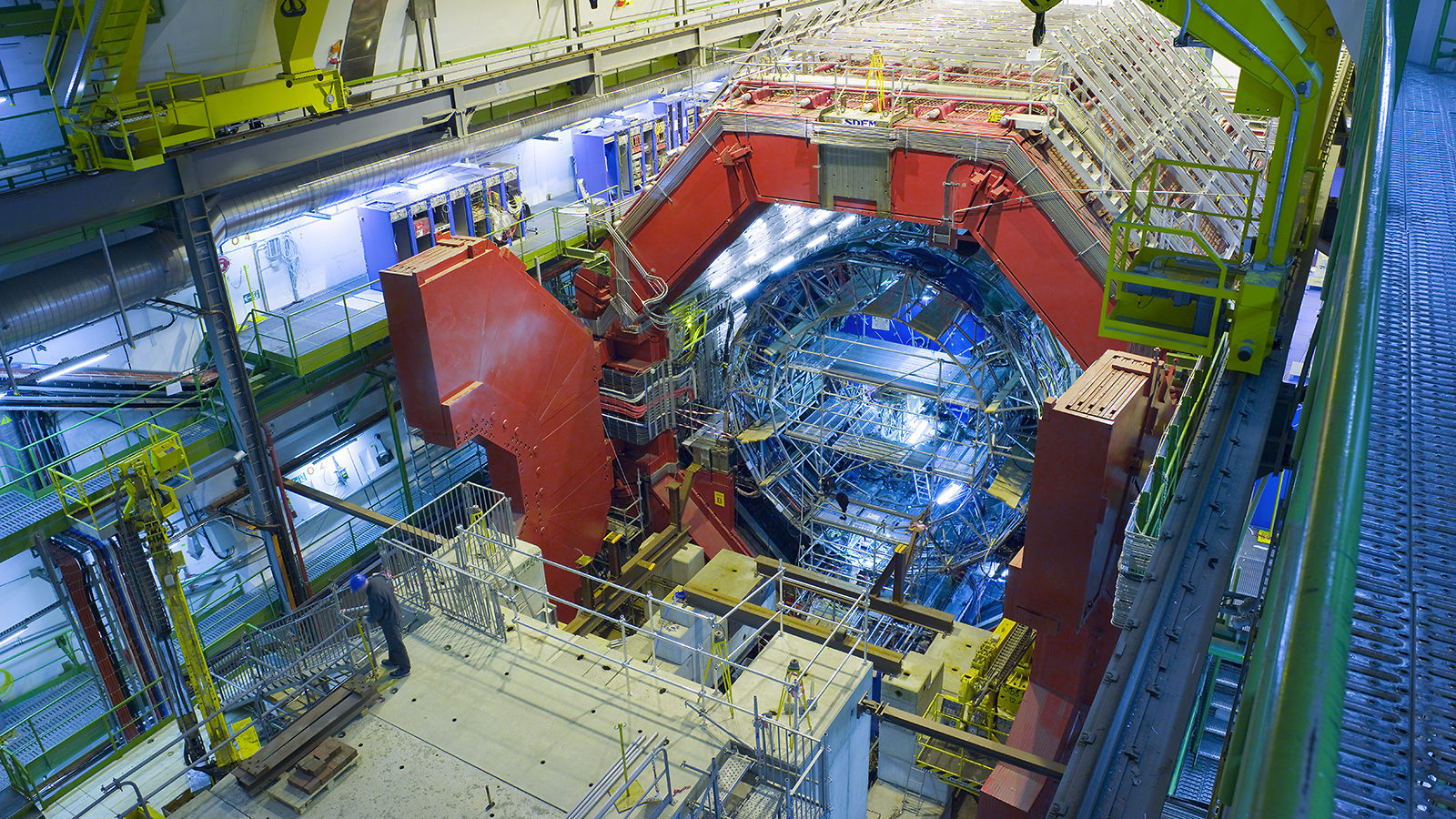 About 13.8 billion years ago, the universe was a hot, thick soup of quarks and gluons—the fundamental components that eventually combined into protons, neutrons and other hadrons.

The LHC collides protons during the majority of its run time. This new result, published in Nature Physics by the ALICE collaboration, challenges long-held notions about the nature of those proton-proton collisions and about possible phenomena that were previously missed.

“Many people think that protons are too light to produce this extremely hot and dense plasma,” says Livio Bianchi, a postdoc at the University of Houston who worked on this analysis. “But these new results are making us question this assumption.”

Scientists at the LHC and at the US Department of Energy’s Brookhaven National Laboratory’s Relativistic Heavy Ion Collider, or RHIC, have previously created quark-gluon plasma in gold-gold and lead-lead collisions.

In the quark gluon plasma, mid-sized quarks—such as strange quarks—freely roam and eventually bond into bigger, composite particles (similar to the way quartz crystals grow within molten granite rocks as they slowly cool). These hadrons are ejected as the plasma fizzles out and serve as a telltale signature of their soupy origin. ALICE researchers noticed numerous proton-proton collisions emitting strange hadrons at an elevated rate.

“In proton collisions that produced many particles, we saw more hadrons containing strange quarks than predicted,” says Rene Bellwied, a professor at the University of Houston. “And interestingly, we saw an even bigger gap between the predicted number and our experimental results when we examined particles containing two or three strange quarks.”

From a theoretical perspective, a proliferation of strange hadrons is not enough to definitively confirm the existence of quark-gluon plasma. Rather, it could be the result of some other unknown processes occurring at the subatomic scale.

Earlier research at the LHC found that the spatial orientation of particles produced during some proton-proton collisions mirrored the patterns created during heavy-ion collisions, suggesting that maybe these two types of collisions have more in common than originally predicted. Scientists working on the ALICE experiment will need to explore multiple characteristics of these strange proton-proton collisions before they can confirm if they are really seeing a miniscule droplet of the early universe.

“Quark-gluon plasma is a liquid, so we also need to look at the hydrodynamic features,” Bianchi says. “The composition of the escaping particles is not enough on its own.”

This finding comes from data collected the first run of the LHC between 2009 and 2013. More research over the next few years will help scientists determine whether the LHC can really make quark-gluon plasma in proton-proton collisions.

“We are very excited about this discovery,” says Federico Antinori, spokesperson of the ALICE collaboration. “We are again learning a lot about this extreme state of matter. Being able to isolate the quark-gluon-plasma-like phenomena in a smaller and simpler system, such as the collision between two protons, opens up an entirely new dimension for the study of the properties of the primordial state that our universe emerged from.”

Other experiments, such as those using RHIC, will provide more information about the observable traits and experimental characteristics of quark-gluon plasmas at lower energies, enabling researchers to gain a more complete picture of the characteristics of this primordial particle soup.

“The field makes far more progress by sharing techniques and comparing results than we would be able to with one facility alone,” says James Dunlop, a researcher at RHIC. “We look forward to seeing further discoveries from our colleagues in ALICE.”