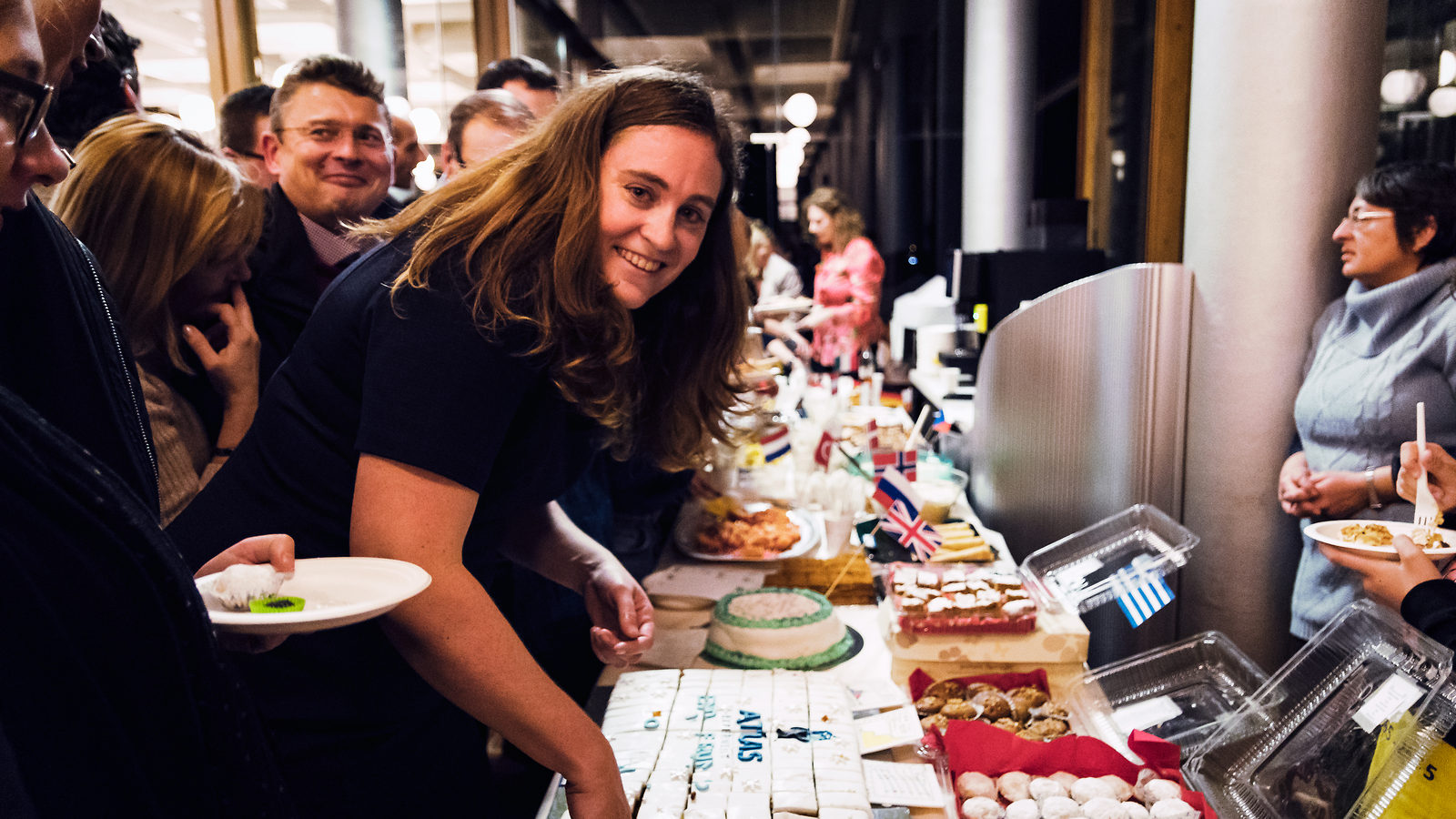 If one wanted to follow the recipe for the universe, it would call for about 14 parts dark energy, 5 parts dark matter and 1 part visible matter. In a perpetually expanding cosmic landscape that reaches far beyond what even the most powerful telescopes can see, this might be hard to visualize.

Physicists Katy Grimm and Katharine Leney, who are part of the ATLAS collaboration at CERN, found a solution for this: Use this recipe for the cosmos to bake a proportionally correct dark matter cake. Inside this cake, decorated on the outside with purple swirls of stars and galaxies, white chocolate chips represent visible matter, dark chocolate chips are dark matter, and beets, which are undetectable, take the place of dark energy.

“We wanted to make it so that when you bite into this cake, it becomes clear just how little of the world is made up of the matter we can detect, and how much of it is made of elusive dark matter,” Leney says. “Our hope was to use the cake to teach people about the composition of the universe.”

Grimm and Leney met while collaborating on the Di-Higgs searches at CERN—experiments that look for events that produce two Higgs bosons at the same time. These events are predicted in the Standard Model, but will require massive amounts of data before they can be found. Discovering them sooner than expected might be a sign of new physics.

While collaborating on these experiments, the physicists realized they have something else in common: Both of them grew up with a passion for baking. Each of their families stressed the importance of homecooked food, encouraging them to learn to cook and bake from a young age. But it wasn’t until recently that the two decided to combine two of their passions—science and baking—to start Physics Cakes, an outreach project that uses baked goods to explain complex topics related to particle physics.

“I think the value of this project is being able to communicate complex scientific ideas in a fun, tangible way that doesn’t throw people off with complexity,” Leney says. “It's digestible.” 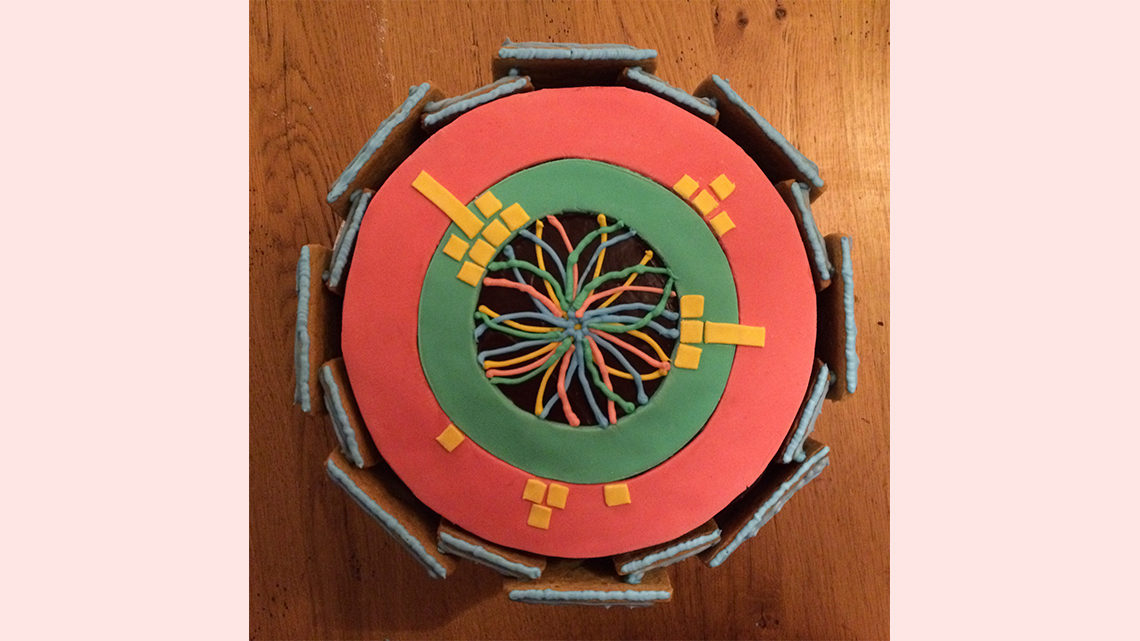 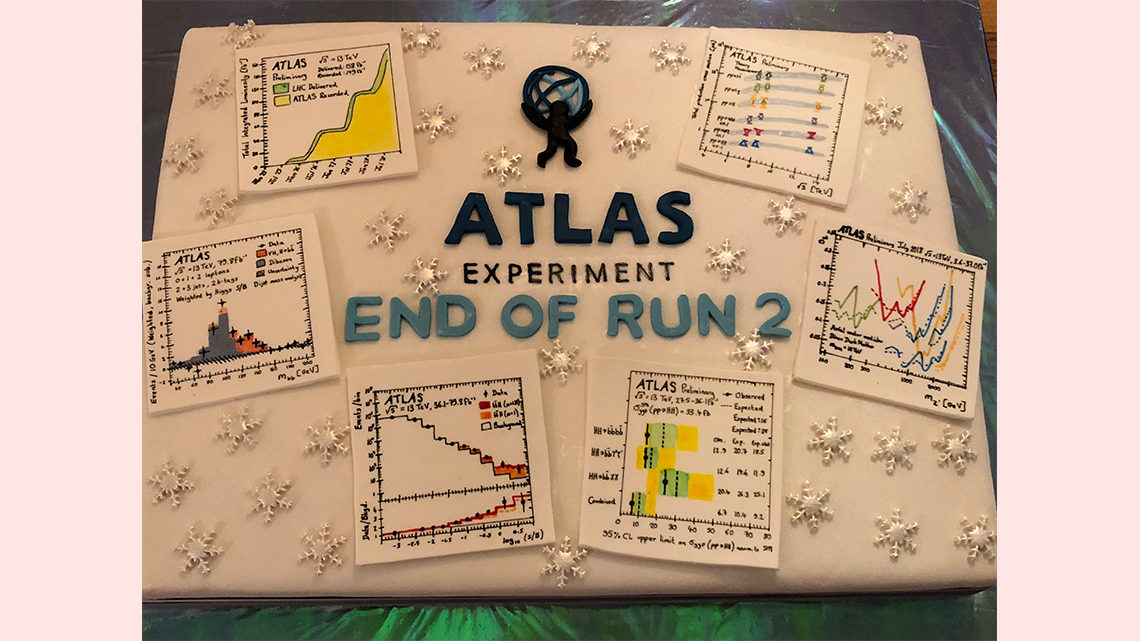 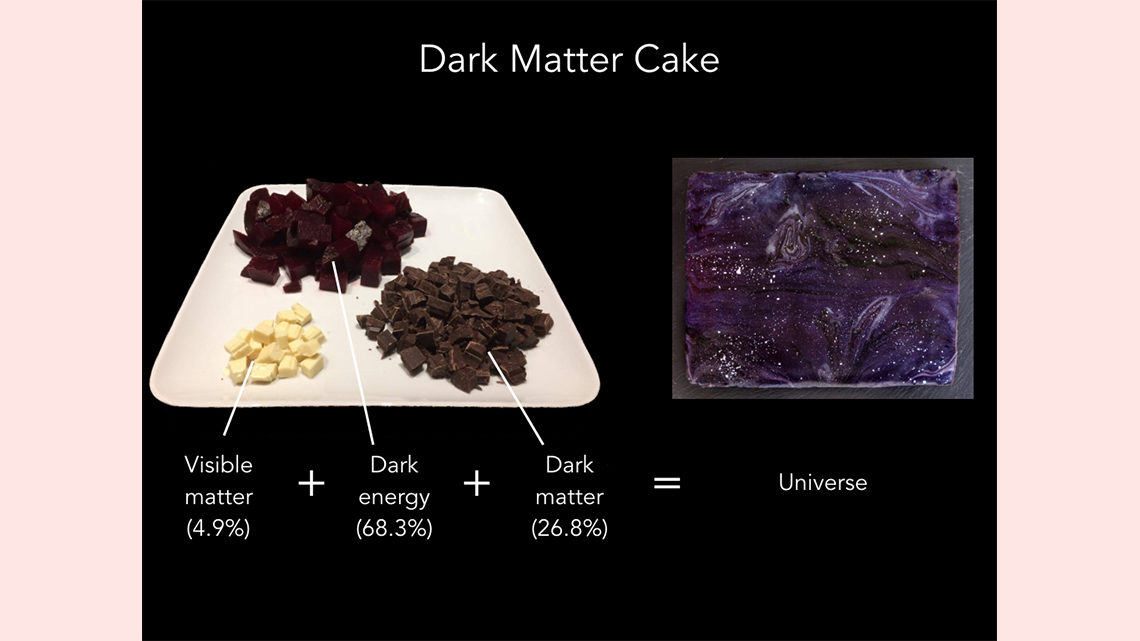 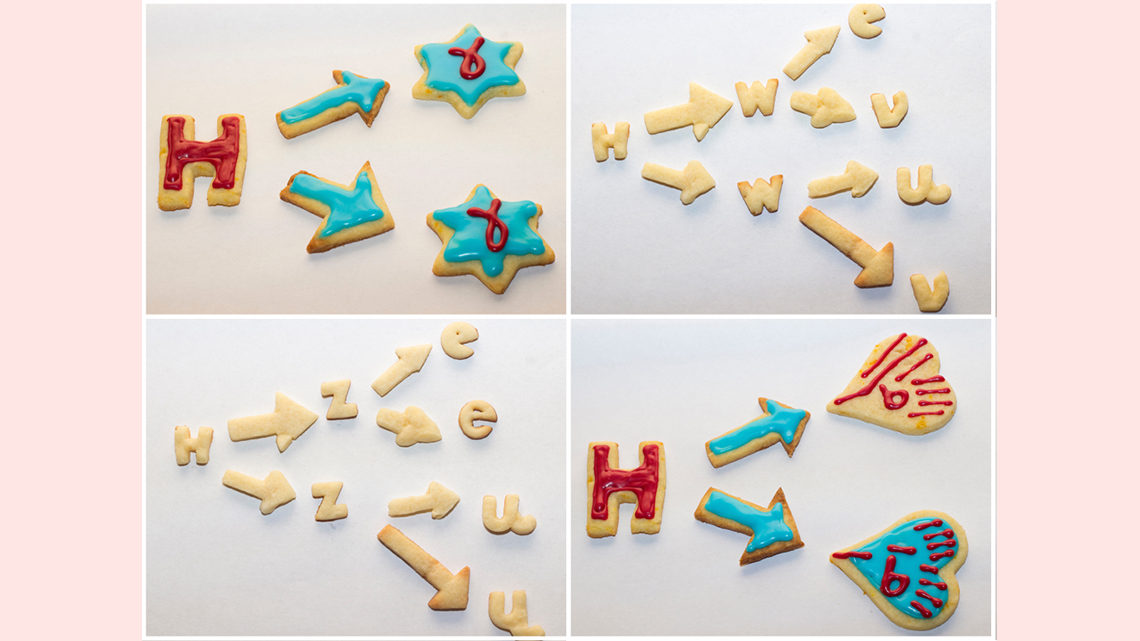 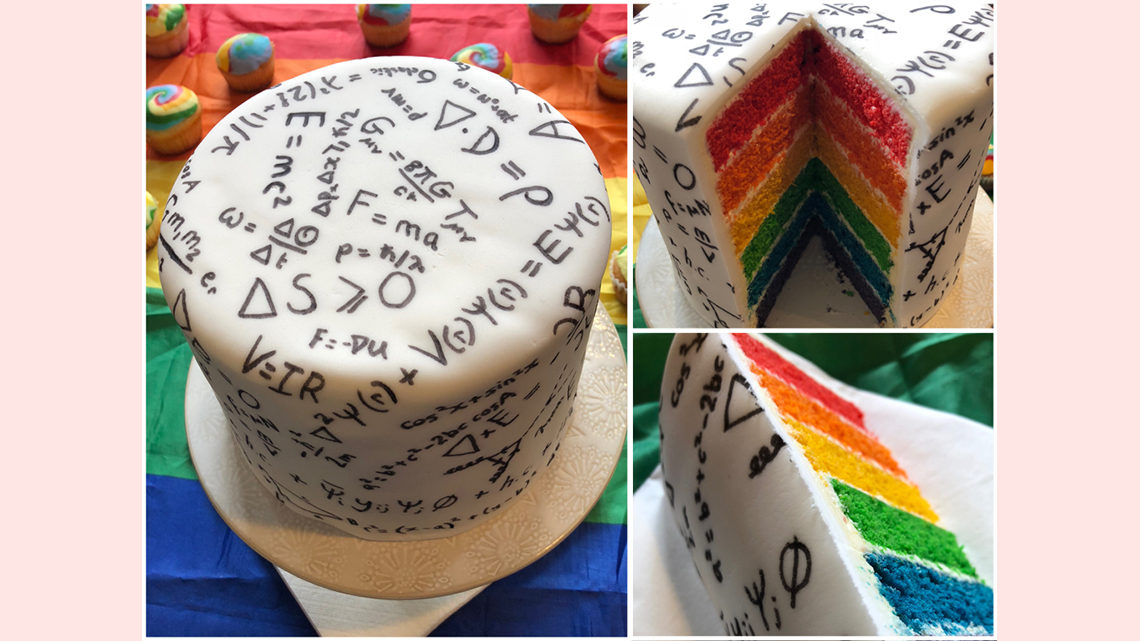 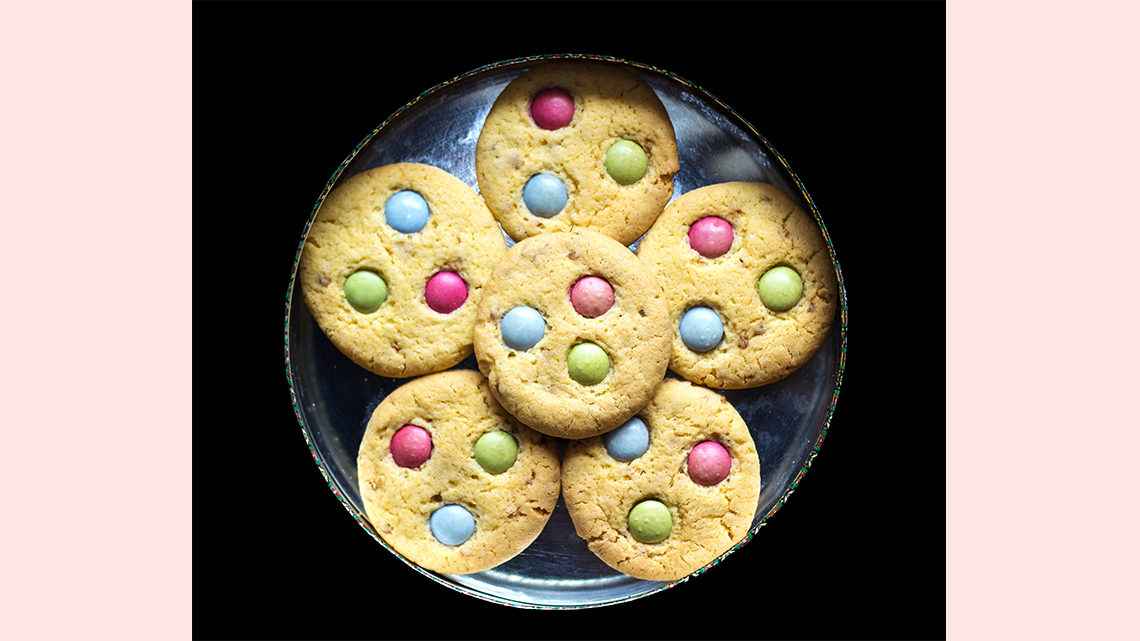 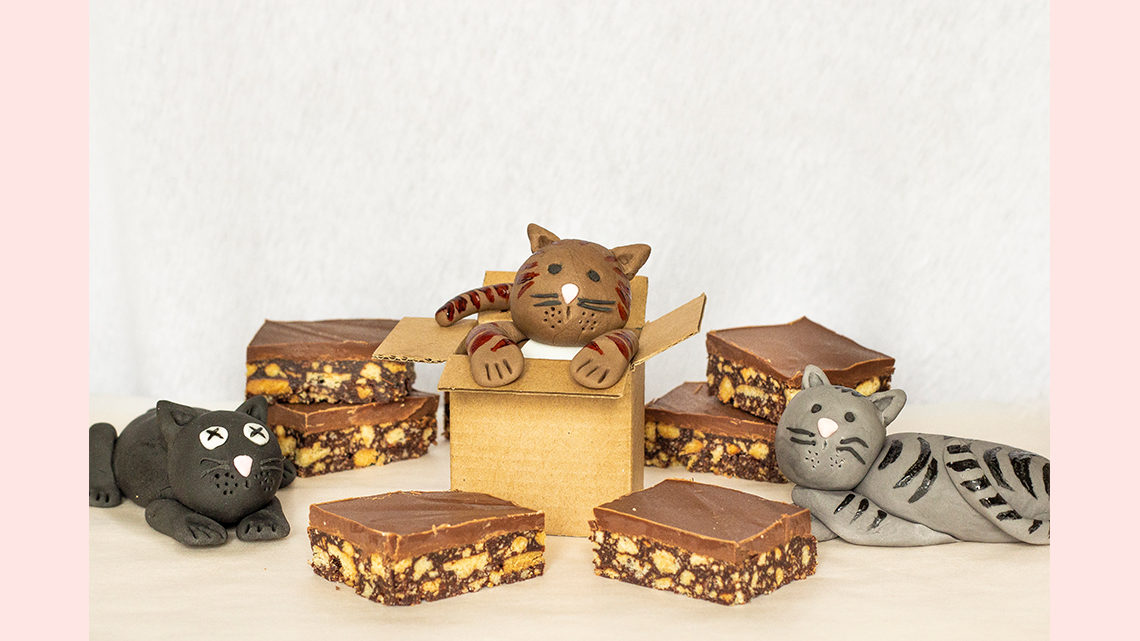 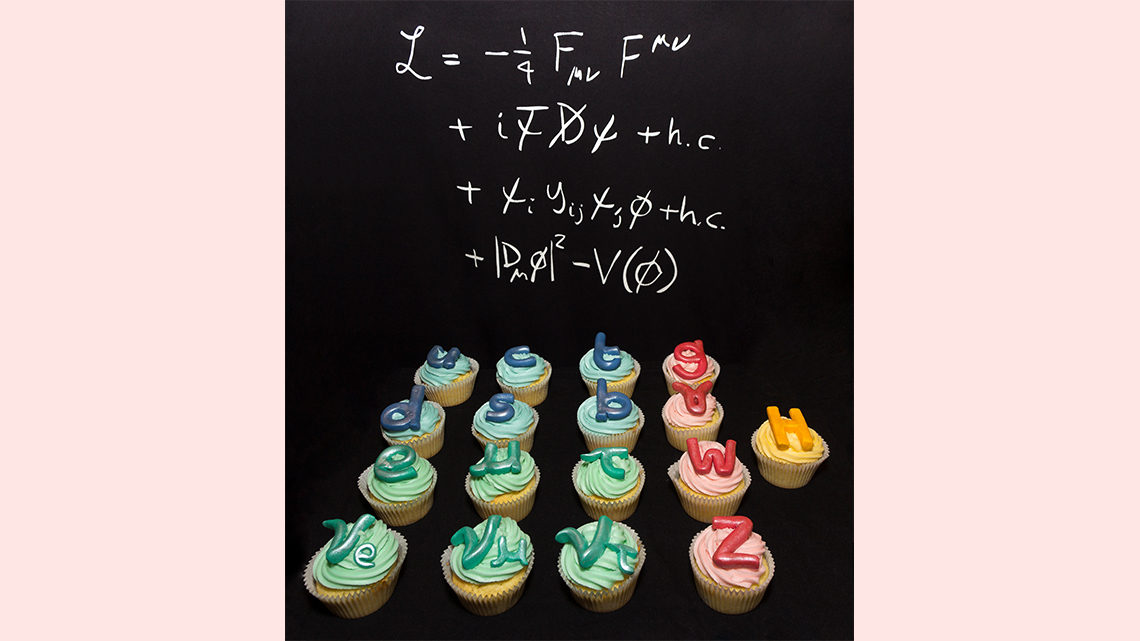 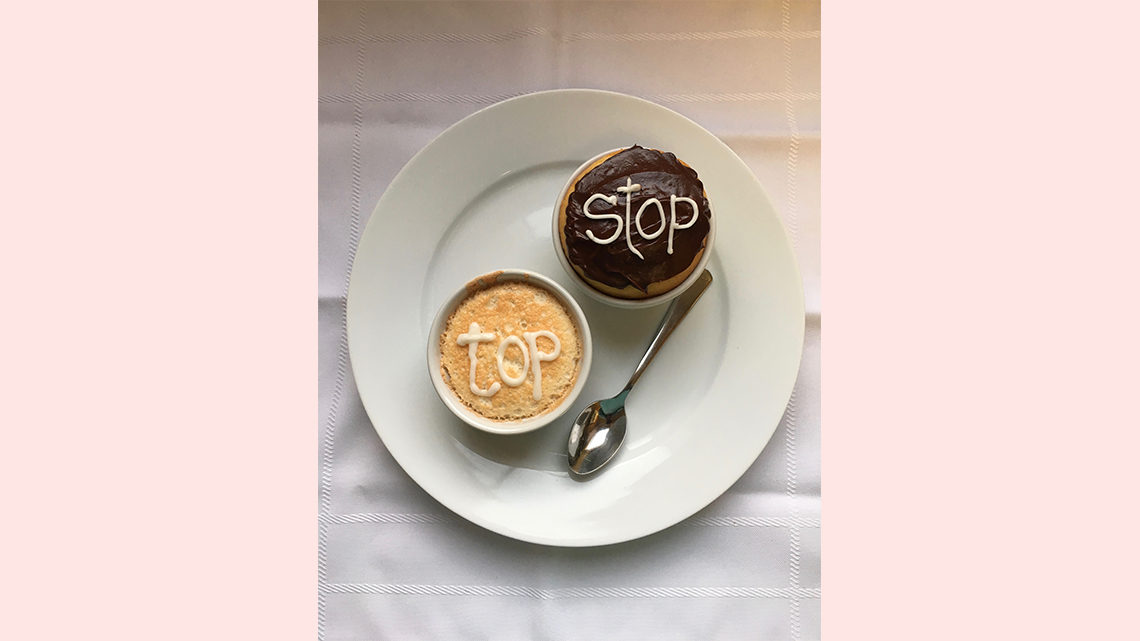 The two have collaborated on many delicious science-y desserts, including an elaborate ATLAS detector cake, Standard Model cupcakes, Feynman diagram cookies, and treats they call “Schrödinger’s Kit Kat,” cake-like confections with bits of Kit Kats embedded in half of them, mirroring Schrödinger’s cat-in-a-box thought experiment that demonstrates the quantum phenomenon of superposition.

Grimm remembers using “proton cookies” to teach a group of Girl Scouts about particle physics. She instructed them to coat graham crackers with frosting, which represents gluons, and three M&Ms, representing the quarks. The girls then smashed the cookies together, showing what happens at the Large Hadron Collider. Eating the cookies, Grimm explains, demonstrates the role of particle detectors in these experiments.

One of Leney’s cakes, which she baked for LGBTQ STEM day at CERN, received a lot of attention on the Physics Cakes Twitter account. The cake was covered with physics equations on the outside, and cutting into the cake revealed colored layers arranged into a rainbow.

A good physics cake depends on the audience, Grimm says. People in the particle physics community tend to enjoy the more complex cakes. But for outreach, the cake should be simple so that people are able to understand it instead of getting bogged down by complicated details. Leney adds that her favorite cakes are the ones that allow people to learn about physics.

The two hope to use Physics Cakes to reach groups that might not otherwise be exposed to science. They’re also baking up a plan use these tasty physics treats to create a book. The book would include photos of their creations along with recipes and explanations of the science behind them.

If anyone is interested in creating their own physics cakes, Grimm says they just need to tap into their creativity and passion and not be afraid to take risks.

“If you find some little tidbit in physics that you think is exciting, use your imagination to think about how that might become a cake,” she says. “Don’t worry about making it perfect or beautiful, just have fun.”