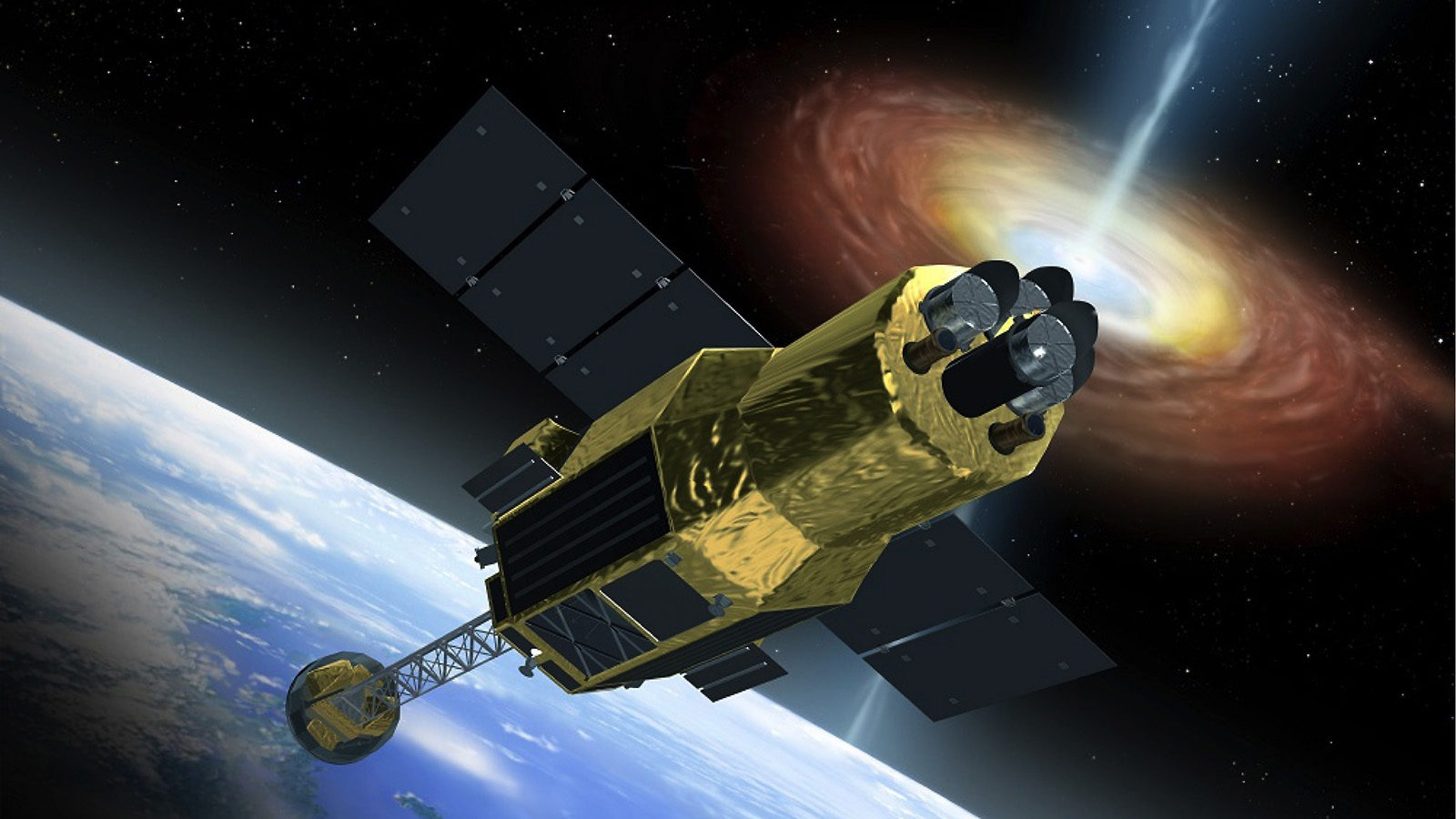 Dark matter or not dark matter? That is the question when it comes to the origin of intriguing X-ray signals scientists have found coming from space.

In a theory paper published today in Physical Review Letters, scientists have suggested a surprisingly simple way of finding the answer: by setting up a speed trap for the enigmatic particles.

Eighty-five percent of all matter in the universe is dark: It doesn’t emit light, nor does it interact much with regular matter other than through gravity.

The nature of dark matter remains one of the biggest mysteries of modern physics. Most researchers believe that the invisible substance is made of fundamental particles, but so far they’ve evaded detection. One way scientists hope to prove their particle assumption is by searching the sky for energetic light that would emerge when dark matter particles decayed or annihilated each other in space.

Over the past couple of years, several groups analyzing data from two X-ray satellites—the European Space Agency’s XMM-Newton and NASA’s Chandra X-ray space observatories—reported the detection of faint X-rays with a well-defined energy of 3500 electronvolts (3.5 keV). The signal emanated from the center of the Milky Way; its nearest neighbor galaxy, Andromeda; and a number of galaxy clusters.

Some scientists believe it might be a telltale sign of decaying dark matter particles called sterile neutrinos—hypothetical heavier siblings of the known neutrinos produced in fusion reactions in the sun, radioactive decays and other nuclear processes. However, other researchers argue that there could be more mundane astrophysical origins such as hot gases.

There might be a straightforward way of distinguishing between the two possibilities, suggest researchers from Ohio State University and the Kavli Institute for Particle Astrophysics and Cosmology, a joint institute of Stanford University and the US Department of Energy's SLAC National Accelerator Laboratory.

It involves taking a closer look at the Doppler shifts of the X-ray signal. The Doppler effect is the shift of a signal to higher or lower frequencies depending on the relative velocity between the signal source and its observer. It’s used, for instance, in roadside speed traps by the police, but it could also help astrophysicists “catch” dark matter particles.

“On average, dark matter moves differently than gas,” says study co-author Ranjan Laha from KIPAC. “Dark matter has random motion, whereas gas rotates with the galaxies to which it is confined. By measuring the Doppler shifts in different directions, we can in principle tell whether a signal—X-rays or any other frequency—stems from decaying dark matter particles or not.”

Although a promising approach, it can’t just yet be applied to the 3.5-keV X-rays because the associated Doppler shifts are very small. Current instruments either don’t have enough energy resolution for the analysis or they don’t operate in the right energy range.

However, this situation may change very soon with ASTRO-H, an X-ray satellite of the Japan Aerospace Exploration Agency, whose launch is planned for early this year. As the researchers show in their paper, it will have just the right specifications to return a verdict on the mystery X-ray line. Dark matter had better watch its speed.